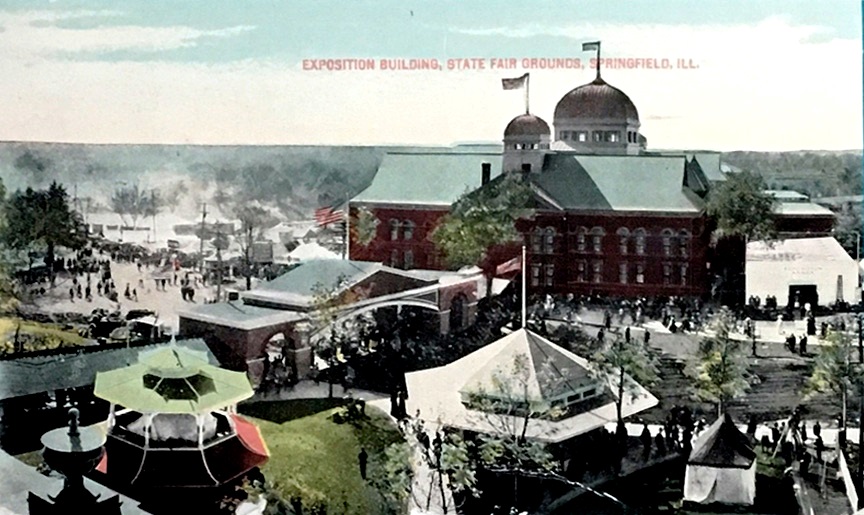 Illinois State Fairgrounds Main Street, 1913. The covered walkway went from the Exposition Building to the Dome Building, which was destroyed by fire in 1917. (eBay postcard image)

Major buildings on the fairgrounds as of 2020 and their construction dates: