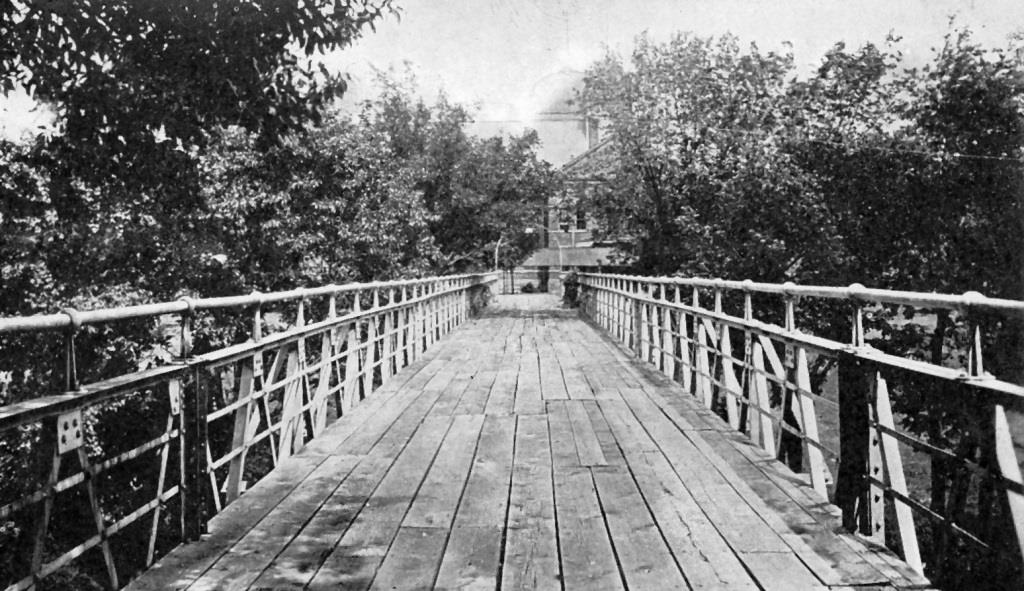 The Haskell Viaduct was a pedestrian bridge that connected the Exposition Building to the Poultry Building at the Illinois State Fairgrounds from 1897 until, probably, the mid-1920s.

The Poultry Building (today’s Artisans Building) also was completed in 1897, but in those days, a ravine as much as 20-25 feet deep separated the Exposition Building from the new structure. The viaduct made it easier for fairgoers to get to and from the two buildings.

The bridge, a wooden walkway with iron supports, extended about 300 feet, based on estimates made from a 1924 topographical map of the fairgrounds. It cost $1,450 to build. Construction took only two weeks once the iron was received; the viaduct was ready in time for the fair’s opening day, Sept. 27, 1897. 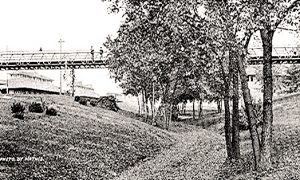 The Haskell Viaduct, photographed in 1906 by Guy Mathis (eBay postcard)

The Illinois State Register said on Sept. 11 the footbridge would be “one of the most attractive and useful adjuncts of the already attractive and beautiful fair grounds.” The story also suggested the fair’s definition of “poultry” took in a surprising range of animal species.

When completed this will be the largest and handsomest foot bridge in the state, and worthily placed upon the grounds of the “Greatest Fair on Earth.”

The magnificent poultry building is rapidly nearing completion and will be ready for the accommodation of the largest exhibit of turkeys, gees, ducks, chickens, pigeons, parrots, canaries, gold fish, monkeys, ferrets, rabbits, white mice, etc., ever gathered together under one roof in this or any other country.

This building is without doubt the finest appointed “hen coop” ever erected and is the envy of every old rooster west of the Allegheny mountains. It satisfies a long felt want and its erection by the state board of agriculture redeems a pledge made years ago to the long list of enterprising citizens who give their time and money to the breeding of the choicest specimens of poultry and pet stock.

The viaduct was named after George S. Haskell (1838-91), a Rockford seed merchant and former  chairman of the state board of agriculture, which operated the fair. Haskell’s last board meeting as chairman took place in January 1891 in Springfield. He delivered a farewell speech to the board, then collapsed, apparently the result of an undiagnosed case of Bright’s disease. Haskell died the following August. 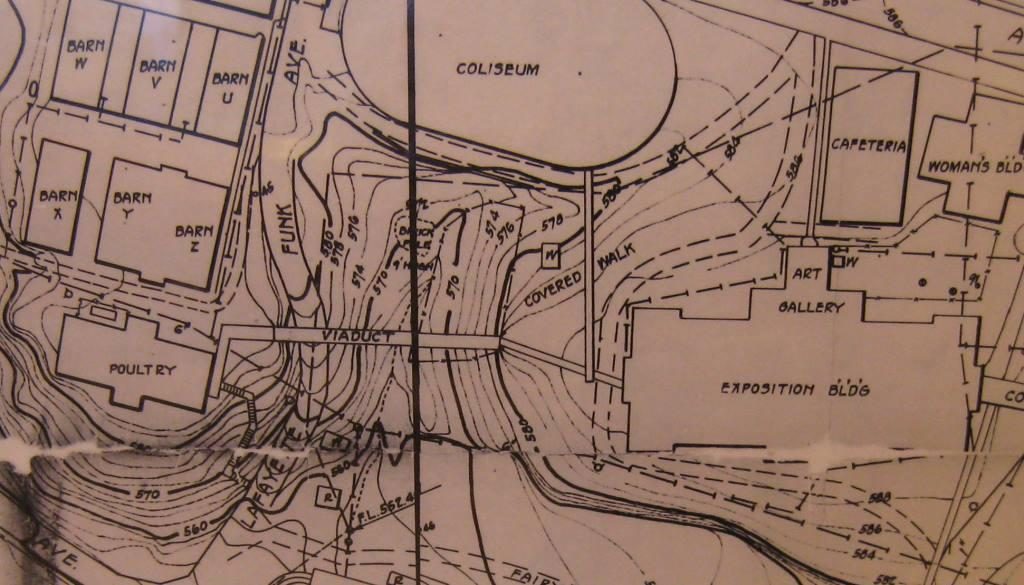 It’s impossible to determine when the bridge was removed. Neither state records nor newspaper accounts mention the demolition. However, circumstantial evidence suggests the bridge remained in use until the mid-1920s. 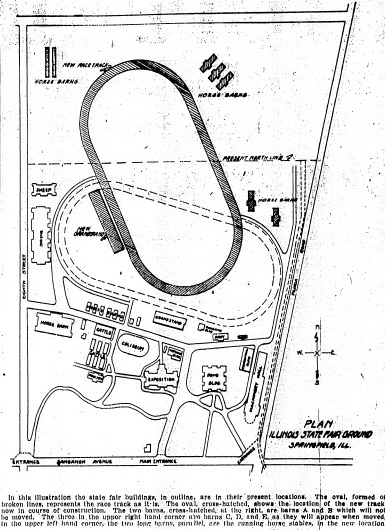 A 1922 Illinois State Register article reporting the costs of various fairgrounds structures includes the Haskell Viaduct. The 1924 topographical map also shows the viaduct. That map isn’t definitive – it also shows the Dome Building, which had burnt down seven years earlier – but the elevations and other topographical details are precise.

In 1926, however, the Illinois State Journal published a less detailed map of proposed improvements at the fairgrounds that appears to show the viaduct either had been or would be removed and replaced by a roadway. The fairgrounds underwent a variety of changes between 1924, when a series of land purchases more than doubled the size of the fairgrounds, and 1928. The biggest project involved reorienting the racetrack, from almost an east-west layout to today’s southeast-northwest, and construction of a giant new grandstand. The work also included construction of several new buildings. (Inexplicably, the 1926 map also includes the outline of the Dome Building.)

This entry was posted in Amusements, Architecture, Maps, Uncategorized. Bookmark the permalink.