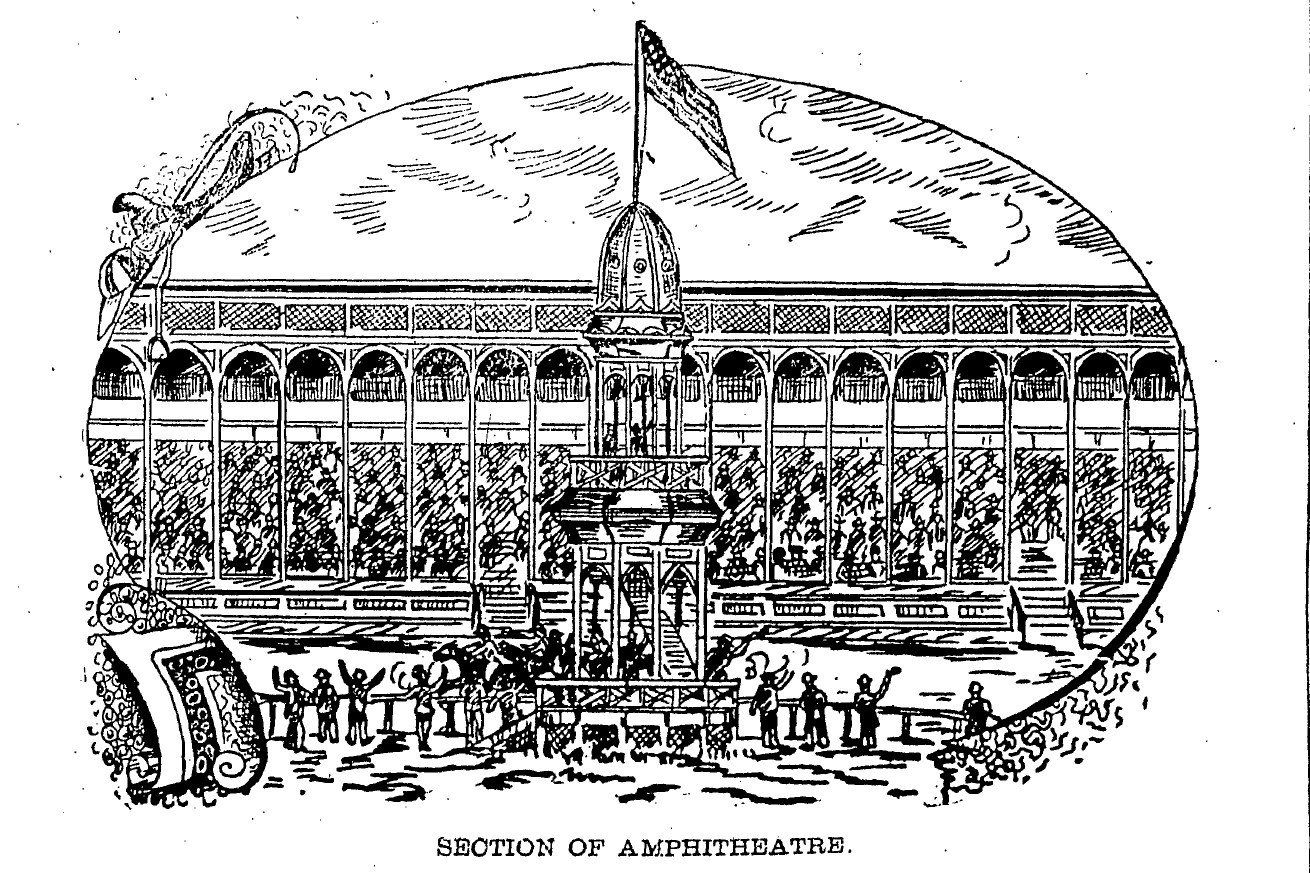 The Sangamon Fair and Springfield Exposition of 1890 would be “one of the grandest events in the way of a local fair that has ever been held in the state of Illinois,” the Illinois State Register proclaimed that August.

Everybody in Sangamon and the adjoining counties is alive to the importance of the occasion, and it is confidently expected by the management that the attendance will be immense.

The Sangamon Fair and Springfield Exposition, held from 1889 through 1892, may or may not have been intended as Exhibit A in Springfield’s bid to become the permanent home of the Illinois State Fair. However, it worked out that way anyway – the exposition grounds on Sangamon Avenue became the heart of the fairgrounds when state officials designated Springfield as the permanent site of the state fair starting in 1894.

But the Sangamon Fair and Springfield Exposition definitely was designed to display the best of central Illinois farm products and decorative arts. And, of course, the fair’s commercial motive was to bring crowds to Springfield at the end of each summer.

The fair was a public/private partnership. The Sangamon Fair Association, a company set up by local investors, ran the fair. However, the association leased the fairgrounds from Sangamon County government and all profits were spent to improve the grounds.

The 1890 fair, held from Monday, Sept. 8, to Friday, Sept. 12,  showed sharp increases in the number of exhibitors and premium payments over the first fair in 1889. Attendance and gate receipts also increased, but by smaller amounts, probably because the weather was “cloudy and threatening” all week, according to the association’s annual report that December.

Horse races were the big spectator attraction, but organizers’ imaginations went well beyond today’s standard harness races. On opening day, the races included a chariot race – two chariots, each pulled by four horses harnessed abreast. One was driven by a woman, who had “the sympathy of the audience,” the Illinois State Journal noted, but the race was won by the male driver’s chariot.

In another race, the jockeys had to carry open umbrellas. That time, the crowd’s “enthusiasm grew greater when the umbrellas turned inside out as the horses increased their speed,” the Journal said.

“These (racing) attractions have been secured at a great expense and will be interesting to the highest degree,” the Register said in its preview. “There will be no circus impediments, but a clean mile track, and the fiery, untamed steeds will be given clear road and free race.”

But the fair offered much than racing, the Register added:

(A)ll classes of live stock, for which Central Illinois is so noted; the best of our farm products in specimen and display; plants and flowers from the choicest gardens and greenhouses of both professional and amateur growers; machinery and implements for which no fair has equal facilities for exhibition; mechanics and manufacturers products; fine arts; domestic manufacturers and women’s work, music, etc.

Children were admitted free on opening day, Monday. Tuesday was Old Settlers Day: fair officials mailed free tickets to more than 500 county residents who were 70 or older, and one of the featured competitions was “a spinning contest with old-time spinning wheels between the old ladies in attendance.”

The fair concluded Friday with a “grand parade, or cavalcade, of all the premium stock around the race track, headed by the band,” the Register said. “This will be the grandest streak of stock that can be seen anywhere, and will be worth coming many miles to see.”

The 1890 fair made a profit of almost $6,000 on $25,000 in receipts, and the association spent not quite $5,000 on fairgrounds improvements. With leftover cash and sales of additional shares to investors, the association started 1891 with almost $6,000 in the bank for that year’s fair – which would be the site of the jelly-cake controversy of 1891.