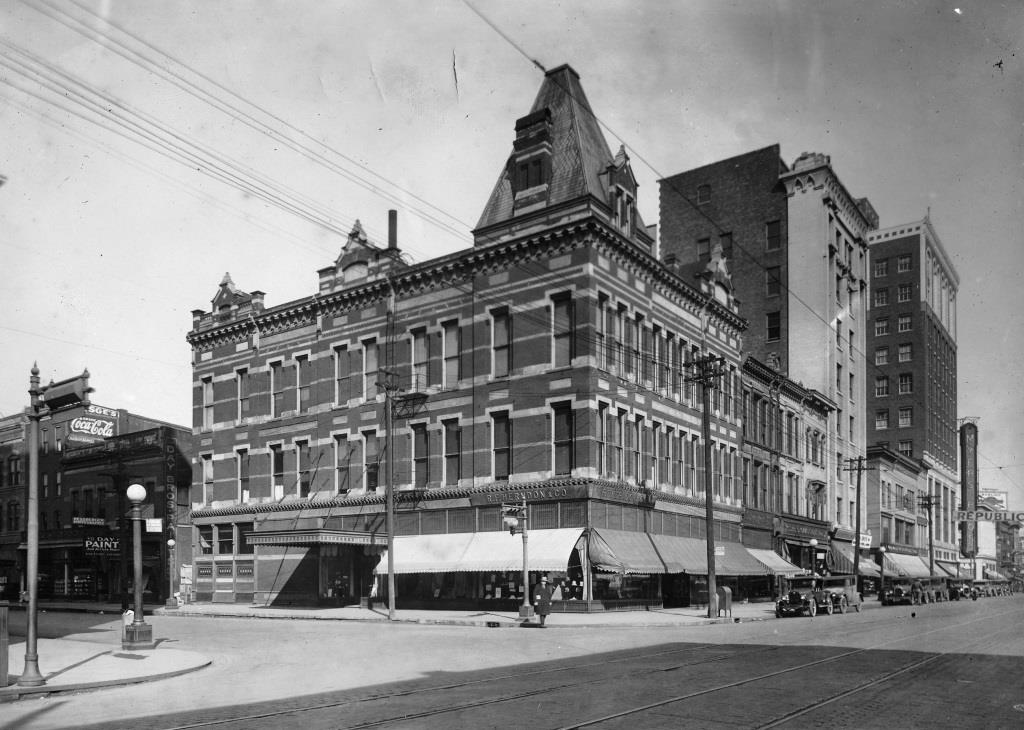 Herndon’s operated the first horseless delivery vehicle in Springfield, and its third location featured one of Springfield’s first passenger elevators, an innovation that inspired a briefly entrepreneurial elevator boy. 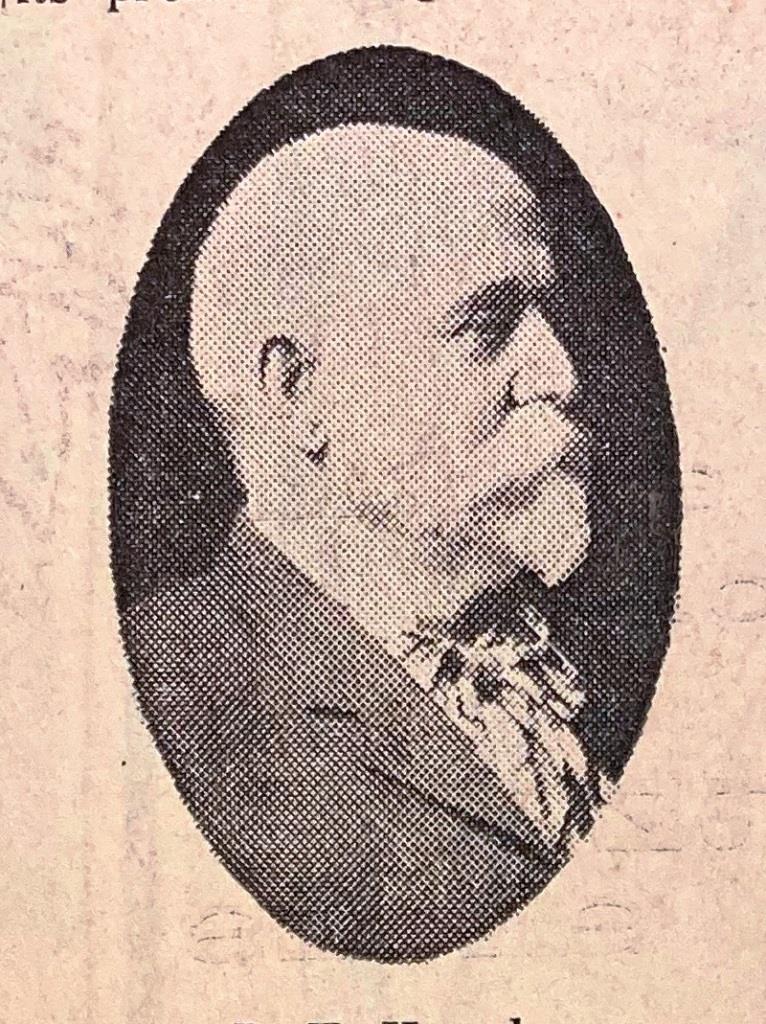 (T)his new firm, Messrs. Herndon & Co., … have just opened in Springer’s new building, near the corner of Sixth and Monroe streets, a most tastefully fitted up and superiorly stocked dry goods and ladies’ furnishing establishment. They stand as one of the best in the city, … and the establishment throughout is arranged with every modern improvement and presents a most inviting appearance. … (W)e are assured that Messrs. Herndon & Co. are bound to sell their goods at such rates as cannot fail to elicit a large patronage.

Though only 22 years old when he went into business for himself, R.F. Herndon (1844-1912) had plenty of experience. His father, Richard W. Herndon (1803-54), had been a dry goods merchant, and R.F. previously clerked in a dry goods store operated by Charles W. Matheny, John Bressmer and B.C.  McQuesten.

R.F. ran Herndon’s until his sudden death in 1912. Two of his sons, O.L. (Obed Lewis) and John W. Herndon, then took over, although their mother, Kate Lewis Herndon (1855-1957), also took an interest in store management for many years.

Herndon’s had five downtown locations over the years: 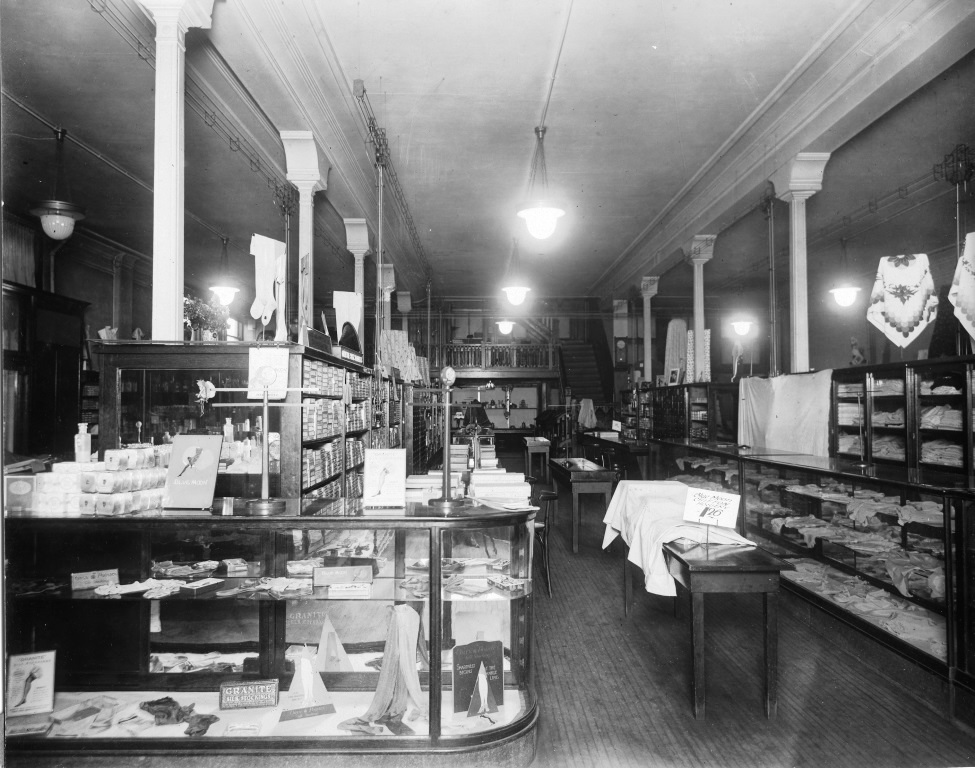 The store’s first “suburban” location was in the Town & Country Shopping Center, where Herndon’s operated from 1961 to 1978. Herndon’s also was one of White Oaks Mall’s charter tenants beginning in 1977. The closing of that outlet in 1997 marked the end of R.F. Herndon & Co.

“Buying habits have changed. Dress codes have changed,” John W. Herndon Jr. told State Journal-Register business editor Tim Landis when the White Oaks Herndon’s folded. “It used to be suits and dresses at work. Now it’s much more casual. We understand that, but the demand just isn’t what it used to be.”

John W. Herndon Jr. was the third generation of the Herndon family to manage the store. He had begun his career in the three-story Herndon’s at Fifth and Capitol. “I ran the elevator, drove the trucks, did a little bit of everything,” he told Landis.

A much earlier elevator operator was part of the Herndon’s folklore. The store’s 1882 building, three floors plus a basement, boasted Herndon’s first elevator. The device was powered by a 7-hp gas engine (which allegedly worked noiselessly) in the basement. It was illuminated by two gaslights in the elevator car.

As various Herndons remembered it in later years, the new building, especially the elevator, was a big draw for customers. It’s not completely clear why. Herndon’s wasn’t the first elevator in Springfield; that honor had been claimed six years earlier by a competing dry goods store, Kimber & Ragsdale. However, gas propulsion may have been the key. Early elevators operated on steam or hydraulic power and were very slow.

“This third building created a sensation and from miles around farmers came to town to inspect it,” the Illinois State Journal reported years later.  “Many children (and not a few grown-ups) took rides until it was found the operator was charging five cents a round trip.”

That lasted only “until word of the ‘deal’ got around to (R.F.) Herndon, who immediately ordered that all rides were to be ‘on the house.’”

Herndon’s new building apparently set off a technology race among local dry-goods stores. By December, advertisements for the John Bressmer Co. at Sixth and Adams streets included the line “ELEVATOR TO CARPET ROOMS. No Climbing Stairs.”

But Herndon’s had already trumped Bressmer with a different innovation. According to the Dec. 21, 1882, Journal:

The brilliant illumination of Herndon & Co.’s store by the electric light is greatly appreciated by their crowds of customers. It prolongs the brightness of the day far into the evening, and enables them to inspect goods with as much confidence as by the light of the sun. 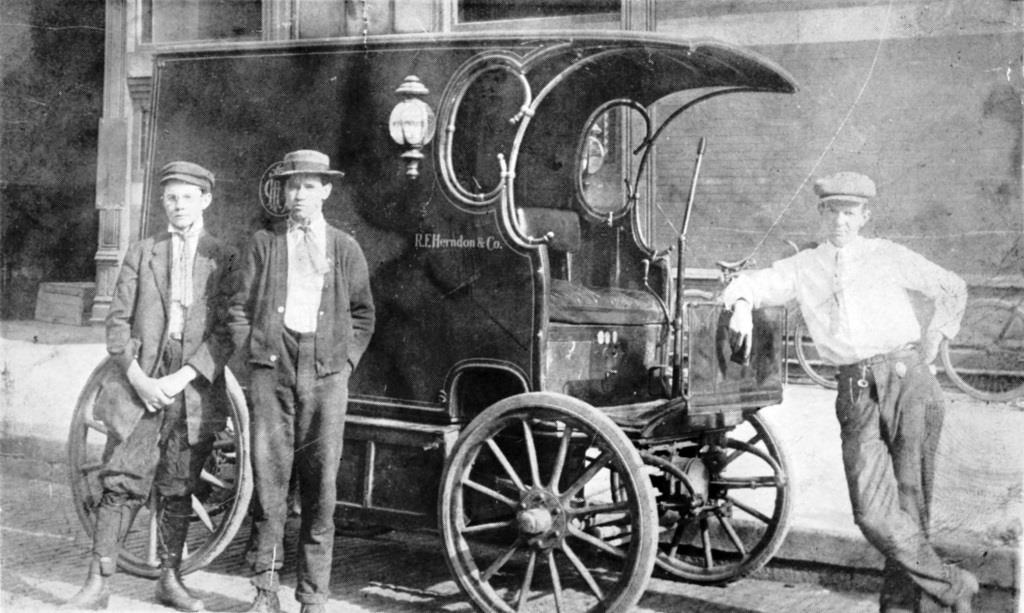 Herndon’s also pioneered delivery by horseless carriage, albeit sometimes in daredevil fashion.  According to a 1947 Illinois State Journal article:

Shortly after graduation of (R.F. Herndon’s) son, Lewis, from the University of Illinois in 1910, the elder Herndon decided to put an electrically driven delivery car into service.

Lewis went to Chicago, where he spent a summer learning to keep a car in repair, and upon his return home an electric car was purchased. The first driver learned through experience that when brakes were applied on wet pavement, the car would turn completely around. After that, he never turned at a corner but applied the brakes – swinging the car back in the direction from which he had come.

The Herndons are buried at Oak Ridge Cemetery. 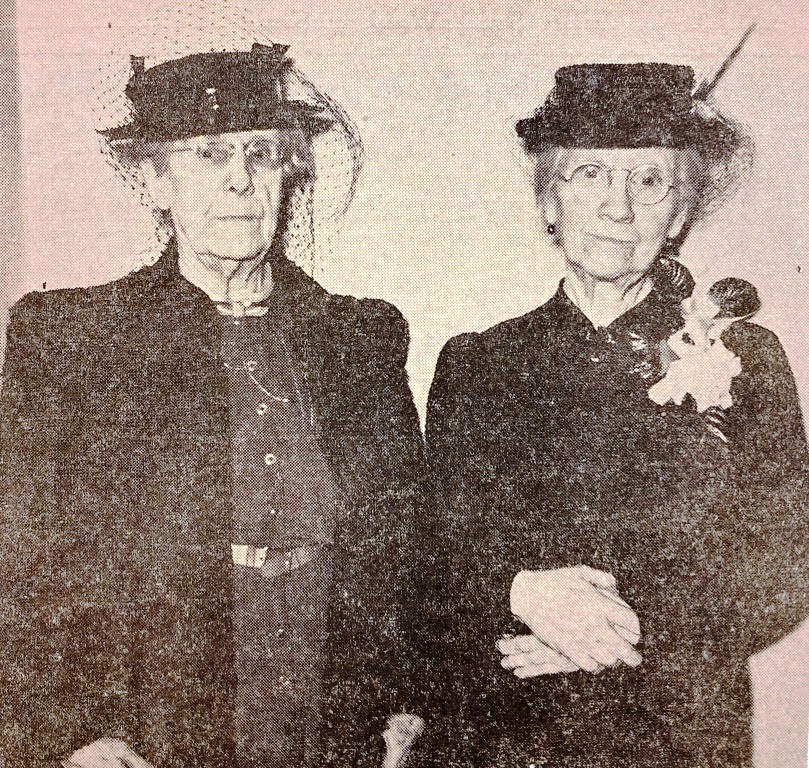 Kate Herndon, left, with Margaret Hickey, a Herndon’s clerk, in 1940, when Hickey celebrated her 60th anniversary with the company (SVC)

When Kate Lewis Herndon, wife of store founder R.F. Herndon, died at age 102 in 1957, she was thought to have been the last Springfield resident to have seen Abraham Lincoln during his lifetime.

Kate Herndon’s parents were Obed and Cordelia Iles Lewis. Obed Lewis, who operated a carriage and wagon shop, was one of the city’s early mayors, and her great-uncle, Elijah Iles, was Springfield’s most important city father.

“To the south of the Lewis home, a cow pasture stretched out to the prairie beyond,” the Illinois State Journal editorial page said when Kate Herndon died.

Here the Lincoln boys used to play “I spy” with neighbor youths. And watching from her home, Kate Lewis would often see Mr. Lincoln come to get his sons in the late afternoon. She once attended a party in the Lincoln home, which she vividly remembered.

“The last living link to the historic days when Lincoln walked the streets of Springfield has been severed by the death of Mrs. R.F. Herndon sr.,” the Journal said.

As of 2021, the site of Kate Herndon’s childhood home was part of the Obed & Isaac’s restaurant/brewery/coffee shop complex.

The building at Seventh and Jackson, however, is not the one she grew up in. The Lewis home, too dilapidated to repair, was demolished in the 2000s and replaced by a different Lincoln-era structure. That building, known as the Maisenbacher House, was moved from the 1000 block of South Seventh Street to Seventh and Jackson in 2008. 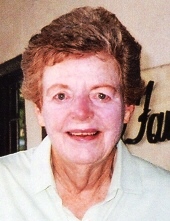 O.L. Herndon’s daughter, Phyllis Herndon Brissenden (1933-2019), received national attention when, at her death, she left a $45 million endowment to the Opera Theatre of St. Louis. It was one of the largest donations ever to a U.S. opera company.

Brissenden had a lifelong interest in music. In addition to being a founding supporter of the St. Louis opera, she served on the boards of both the Springfield Symphony Orchestra and its successor, the Illinois Symphony Orchestra.

Brissenden also was an ardent supporter of environmental causes, according to her obituary, serving on the boards of the Illinois Audubon Society and the Adams Wildlife Sanctuary.