Alfred Booth was a grocer and property developer in Springfield for more than 60 years. His most obvious legacy is the eight-story Booth Building at 516-18 E. Monroe Street.

At the height of his career, Booth (1853-1939) developed single-family residences, owned several commercial buildings, and was involved in other business ventures.

After clerking for several other grocers, Booth opened his own store at 226 S. Sixth St. in the late 1870s. He also co-owned the Baltimore Oyster House, 214 S. Sixth St. 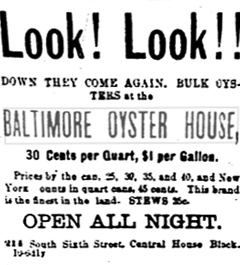 In the spring of 1905, he embarked on construction of a “business block” that ultimately involved two multi-story office buildings on and near the site of his grocery. The development included the Booth Building, which covered 516 as well as 518 E. Monroe St. That allowed Booth both to expand his grocery and offer commercial space upstairs. The Illinois State Journal reported on plans for the structure:

It will be a forty-foot front, seven-story building with store rooms on the first floor with office rooms above. The new structure will be modern in every particular way and will replace the one-story ones now occupied by Mr. Booth as a grocery store and by George G. Hankins as a fish market.

Booth had an eighth floor added to the building late in the construction process.

The Booth Building was designed by prominent architect George H. Helmle and developed during what the Journal called a “building craze” in Springfield. Also built around the same time were the Masonic Temple, the Central Union Telephone Company, the Illinois Hotel, several apartment buildings and residential developments in the west-side Hawthorne Place.

Booth also was part of a group of investors who built the Ferguson Building on the southwest corner of Sixth and Monroe Streets. (In 2014, developer Rick Lawrence attempted to rehabilitate the Ferguson Building, the Booth Building and a third structure in between, the Bateman-Kennedy Building, but the project became tangled in a complicated financing dispute. As of 2020, work on the structures had come to a halt in a welter of lawsuits.) 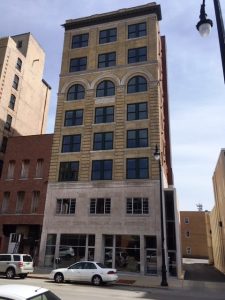 The Booth Building opened its doors to the public in February 1906. Booth set aside 10 percent of his opening-day grocery sales for the Home for the Friendless. The home received $50 (more than $3,000 in today’s value), from the promotion, plus $31 from a scale set up for people to weigh themselves at 10 cents each.

Booth, a Republican, ran twice for township collector. During his first race in 1879, he was surprised when an Ohio firm delivered 600 pounds of fresh fish to his grocery. It turned out that someone had forged Booth’s name on the shipment order. Whether or not the delivery was a piscatorial political stunt is mere speculation, but, at any rate, Booth lost the election. He had the same result, minus the fish, when he ran again for collector in 1895. 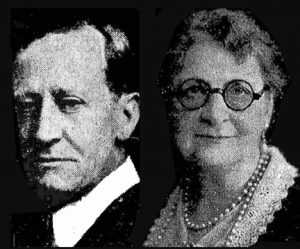 Booth died in Springfield in 1939 at age 86; his wife, Annie Burkhardt Booth, preceded him in death.

Footnote: Springfield’s Alfred Booth should not be confused with some contemporaries with similar names:

This entry was posted in Architecture, Buildings, Prominent figures. Bookmark the permalink.