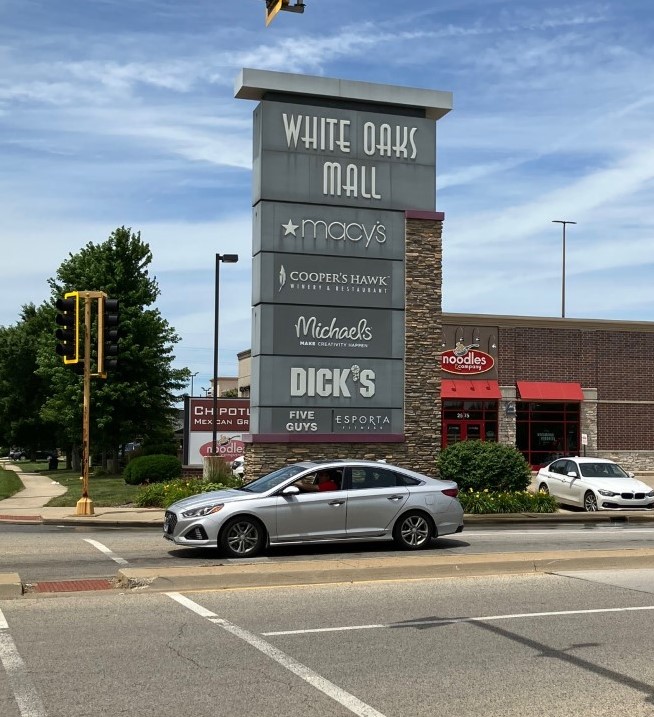 Ninety-nine stores lined the corridors of the mall that day, including four “anchor” department stores – Myers Brothers, Famous-Barr, Sears Roebuck and Montgomery Ward – all of which occupied both upper and lower levels at the ends of the mall’s wings.

The first stores, among them Osco Drug, Zales jewelers and So-Fro Fabrics, actually opened at White Oaks on March 30, 1977. Interior construction wasn’t finished yet, however, especially in the mall’s center court.

Most of the celebs, decked out in white tuxedos, climbed into hot-air balloons for a brief balloon race. McMahon was declared the winner, although Carter claimed he was victorious “because he ended up with the cleanest white tuxedo.”

Thousands of people crammed the mall for the opening, including an estimated 150 people lined up to get Jenner’s autograph. State Journal-Register reporter Andy Lindstrom reported, however, that two of the most popular celebrities weren’t on the official program.

One was Ronald McDonald of McDonald’s Hamburgers, who was besieged by autograph hounds.

The other was Mary Shippen, the state poster girl for the Muscular Dystrophy Association. Mary, 6, confined to a wheel chair for the past five years, was a symbol for the grand opening’s drive to raise $50,000 to fight the crippling disease.

“She loved meeting all the celebrities,” said her father, Robert Shippen of Springfield. “But Ronald McDonald and Mickey Mouse were her favorites.”

Stores listed in the State Journal-Register as open at White Oaks Aug. 24, 1977, were: 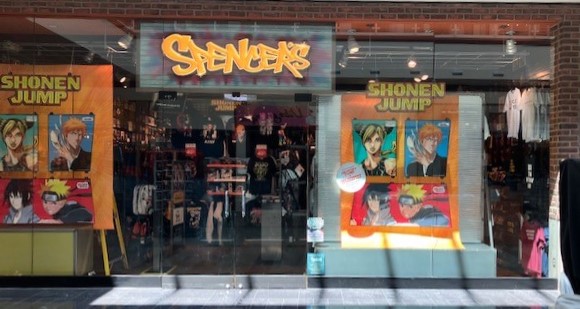 Maps of the mall indicated 15 storefronts remained vacant at the grand opening.

Forty-five years later, White Oaks, along with malls around the country, had suffered from changing shopper tastes. A walking tour in June 2022 suggested the mall had about three dozen obvious vacancies.

Of the original four anchor stores, three were gone; the fourth, Famous-Barr, was acquired by Macy’s in 2006. As a Macy’s, it was still in business in 2022. Three other stores remained of the 99 that opened their doors on Aug. 24, 1977: jewelers Helzberg and Zales and Spencer’s gifts.