This entry has been edited to provide a better location for Capital Park.

The hometown Liberty Base Ball Club didn’t expect to beat the Rockford Forest Citys when the celebrated Rockford team visited Springfield in 1869. City-versus-city match games were social events as much as athletic contests at the time.

But that 1869 game remained “impressed indelibly” on the memories of Springfield fans, the Illinois State Journal reported 50 years later, thanks to the final score: 101-13 in Rockford’s favor.

The “Forest City” club of Rockford was cleaning everything that crossed its baseball path. To secure the presence of that aggregation in any city was the height of glory in the fan world, such as it was in those days. The Springfield team, after long consideration, secured the presence of the famous Forest Citys and thereupon prepared a reception such as has never been accorded another baseball organization in this city, before or since.

The Rockford team, on a downstate swing, defeated a Jacksonville team, the Relics (that score was 66-3) the afternoon of Sept. 1, 1869. The Forest Citys then climbed aboard a train and arrived in Springfield that evening.

The visitors spent the night at the Leland Hotel, courtesy of the Libertys. The next morning, their hosts escorted the Forest Citys to Oak Ridge Cemetery and the grave of Abraham Lincoln (today’s Lincoln Tomb was under construction; at the time, Lincoln’s body was interred in a temporary vault east of the current tomb). That was followed by a tour of the then-new Springfield waterworks (probably the city reservoir at 11th Street and North Grand Avenue; Lanphier High School occupies the site today).

The “base ball” game was played Sept. 2 at Capital Park, the Libertys’ home field. The park was on land owned by Jesse K. Dubois between Washington and Governor streets from  Lincoln to Amos avenues (Amos Avenue was then named Baker Avenue).

About 1 o’clock the cars of the Capital street railway (a horse-drawn streetcar line that developed the park – ed.) began to be crowded with passengers, and the numbers continued to increase up to near 3 o’clock. Large numbers proceeded to the ground in carriages, and at the hour of commencing, large numbers of ladies and gentlemen were on hand to witness the game.

The well known reputation of the Forest City club – won on many contested fields – created an unusual desire in all to witness the game. The Forest City club is composed of strong, active young men, who look as though they might stand any amount of training and labor and come out fresh in any encounter. Their playing is beyond criticism, showing training and skill in every movement, and is decidedly the best playing we have ever witnessed. The balls were sent on their mission like hot shot, and woe be unto the locker in which they landed, as the catcher, on one occasion, found out by experience.

The Libertys went into the game with no expectation of winning, but with a determination to make the most of the situation. They played with their usual skill and are entitled to great credit for the handsome manner in which they contested the game with their skillful opponents. 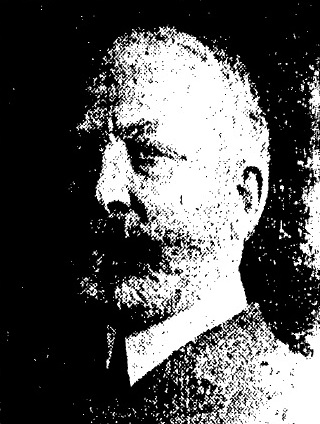 Pitchers threw underhanded, which helps explain why scores were so high. The box score, however, suggests the Forest Citys outclassed the Libertys both at the plate and in the field. Forest City batters hit nine home runs to none for the Libertys; and the Libertys made 13 wild throws, compared to four for the Rockford team. The game was called on account of darkness after only eight innings, but, thanks presumably to all the Rockford scoring, it still took four hours and 20 minutes to play.

Both teams then adjourned to “The Rink,” an ice-skating rink, dance hall and exposition center at Walnut and Monroe streets, for a gala dance that culminated the Forest Citys’ visit. The Rockford team boarded a northbound passenger train for home at 11:40 that night.

The Liberty Base Ball Club was the most successful of many early amateur baseball teams in Springfield. (Others from time to time included the Capitols, the Olympics, the Actives and the Empires. Chatham fielded its own team, the Sheridans.) The Libertys existed from 1866 until the mid-1870s.

Some, but not all of the Libertys came from prominent families, including Bunns and Lanphiers. But the team’s main patron was Charles A. Starne (1850-1910), the owner of several local coal mines. C.A. Starne played first base in the Forest City game; his brother Maurice was the Libertys’ left fielder.

The amateur Libertys transmuted into the semi-pro Liberties in 1876. By 1878, however, Springfield’s preeminent baseball team was sponsored by the Illinois Watch factory.

There were no hard feelings at the Libertys’ loss to the Forest Citys, the Journal wrote in 1869.

During the progress of the game both clubs were repeatedly applauded, and it affords us pleasure to say that good order and the best of feeling prevailed throughout the game. …

The visit of the Forest City Club to our city has afforded our citizens much pleasure, and we trust they may at no distant day again visit the Capital City of the State.

This entry was posted in Amusements, Social life, Sports and recreation. Bookmark the permalink.