William Walter “W.W.” Watts flopped the first time he opened a theater in Springfield. But his stepson-in-law persuaded Watts to try again, saying there was “big money in 5-cent picture shows.” The younger man was right. 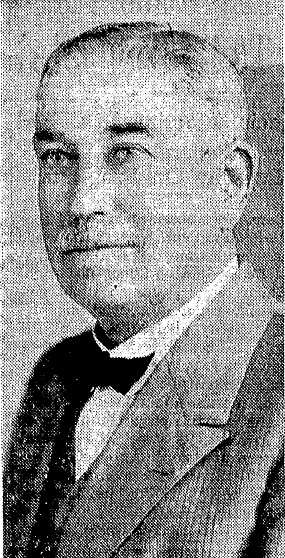 Watts (1868-1937), an Ohio native, managed theaters in Chicago with his wife Emily (1858-1924) until they accumulated enough money in 1907 to set up their own small theater, the Orpheum on South Sixth Street (no relation to the later Orpheum movie palace on North Fifth).

William F. Dagon (1885-1958), Watts’ publicity director for 15 years, described the couple’s early struggles in one of the most vividly written obituaries ever published in the Illinois State Journal. (At the time, Dagon was the Journal’s advertising director.) Watts’ problems at the original Orpheum were obvious, Dagon wrote.

With Tom Allen he journeyed to Jacksonville and together they opened a small amusement park. Probably the smallest one on record. … But they did some business, and the thrifty Wattses saved what they made. Mrs. Watts saw to that.

Harry Thornton and Grace Cummings – Mrs. Watts’ daughter by a former marriage – were a popular team in vaudeville and commanding a good salary. It would still be a good salary today. They came to Springfield found the Watts’ flat empty. They took possession. Thornton was reading The State Journal and saw where they wanted a singer of illustrated songs at the Casino, a 5-cent theatre on Washington Street. … The salary offered was $12 a week. Thornton held out for more money. He got it – $3 a week more.

Between songs Thornton dashed across the street and counted the number of customers going in. It soon flashed on him the Greek gentleman (probably one of the Kerasotes brothers – ed.) was making considerable money. After four days he quit.

Thornton got in touch with Watts at Jacksonville and told him of what was going on – “big money in 5-cent picture shows.” Watts said there couldn’t be as he had tried it and lost all he had. Thornton told him to try again. He loaned Watts $500, they got the picture machine out of storage, also the chairs, and opened a 165-seater (called the Vaudette) in the room vacated by Chick Constant’s barber shop on South Fifth Street. …

On the opening day the machine had the tantrums. It wouldn’t work. Everybody cried. Some of them swore. Finally, they got through a whole show without stops. Barney Rosenthal (a St. Louis film pioneer) was persuaded on the strength of being an old acquaintance that he should let them have a new picture machine. Barney said “yes” before he thought too long. He would liked to have changed his mind.

Eight days later, with business on the mend, August 1908, the (Springfield race) riot broke and the Vaudette was closed. So was everything else. 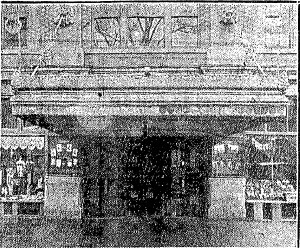 The theater reopened two weeks later, this time to good business, good enough that Watts was able to open a second theater, the Savoy at Sixth and Washington streets, and then buy a third, the Gaiety at 511 E. Monroe St. The vaudeville team of Cummings and Thornton came off the road so Harry Thornton could help Watts manage his growing theater empire.

Changes came swiftly in Springfield’s burgeoning theater market. By 1921, Watts owned the Princess, 329-31 S. Sixth St., the Gaiety (which Thornton managed), and the Vaudette, by then at 223-25 S. Fifth St. Of the 13 movie/vaudeville houses listed in the 1921 Springfield city directory, Watts controlled the fourth (Princess, 1,200 seats), fifth (Gaiety, 950) and seventh (Vaudette, 499) largest. According to Dagon’s reminiscence:

The golden wheels kept turning. Three theatres, playing the best of pictures, were making Watts a rich man. Then came offers to sell. Thornton advised Watts to sell or lease. He leased, at a great profit. It deprived Thornton of his job. He knew it would when he told Watts to “let go.” But he thought it would be a good thing for “Bill.”

Watts disposed of his theaters in 1928, but Dagon wrote that Watts had lost his heart for the business when Emily Watts died four years earlier. 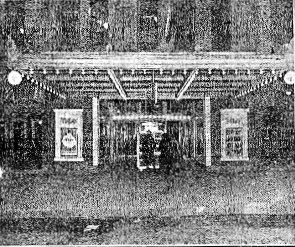 Watts’ Princess theater was renamed the Lincoln in 1928 and then the Fox-Lincoln; it closed in 1976. The Gaiety became the Senate Theatre in 1929; it was demolished in 1983.

W.W. Watts was killed Aug. 24, 1937, when his car was crushed by an Illinois Central locomotive at the Sangamon Avenue crossing east of Springfield. “He apparently did not see the oncoming train and drove directly into its path,” the Journal reported. He and Emily are buried at Oak Ridge Cemetery.

Dagon added a postscript to his affectionate biography.

Watts was a shrewd, thrifty, keen business man. He was successful because of the help given by Mrs. Watts and by Harry Thornton. They took most of the burdens from his shoulders.

Yet Watts was kind and soft-hearted and generous. He gave much to charity that the public never knew about. A ragamuffin kid was his delight, and his “potato matinees” sent barrels of food to the poor at holiday time. There was money in the barrels too.