“Squire Job” Fletcher, one of Sangamon County’s earliest officials and a member of the “Long Nine” that secured Springfield as the state capital, apparently was the first county resident to have glass windows in his home. 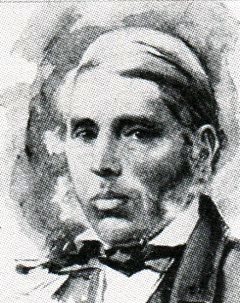 John Carroll Power recorded the purchase succinctly in his History of the Early Settlers of Sangamon County, Illinois (1876): “Mr. Fletcher bought of Major Iles the first window glass ever sold in Springfield, and the first ever put in a window in Sangamon county.”

“Major Iles,” of course was Elijah Iles, Springfield’s first merchant. Iles opened his store in 1821, meaning Fletcher made his purchase at least a couple years after his family settled in Sangamon County in 1819.  The Fletcher homestead was near what today is Cumberland Sugar Creek Cemetery in Ball Township, where Job (1793-1872) and Mary Fletcher (1789-1850) are buried.

Window glass was only one of the “firsts” recorded for Job Fletcher. According to Power:

On the very night of his arrival in the settlement, Mr. Fletcher (who was a lawyer – ed.) was called to write the will of George Cox, who came the year before with the Drennan and Dodds families. That was the first will from what is now Sangamon county ever put on record, and was registered at Edwardsville.

(Fletcher) also believed that he taught the first school in the county, in a log cabin built for that purpose, in 1820 or ’21, south of Sugar creek. …

Job Fletcher and John Taylor were appointed justices of the peace. The first in what is now Sangamon county. As such, Mr. Fletcher organized the first election precinct in the county. That was in 1819 or ’20, when it was part of Madison county. The titles of the Indians to the lands were all extinguished before Mr. F. came into the county; but two and a half years of the time allowed them to hunt was unexpired, and the country was full of them. They, however, were all friendly. Mr. F. was present April 10, 1821, when the Commissioners, William Drennan, … Zachariah Peter and Rivers Cormack, located the county seat. He saw the stake driven, marked Z and D, declared to be the county seat, and named Springfield.

Fletcher, a Whig, served in the state Senate from 1835 to 1840. In the 1836-37 session, he was one of the “Long Nine” group of lawmakers – they got the nickname because all of them, including Abraham Lincoln, were more than six feet tall – that is usually credited with engineering Springfield’s selection as the state capital. Fletcher also was a state representative from 1844 to 1846.

Fletcher was “an excellent scribe,” according to his Illinois State Journal obituary, and often wrote documents for neighbors “up to a time when paralysis robbed him of his steadiness of hand.”

He at one time wrote a sketch of early times in this county, which he gave to his nephew, Capt. Job Fletcher, and was by him entrusted to the care of Mr. Enos (Pascal P. Enos – ed.) at the time Secretary of the Old Settlers’ Association, but after the death of Mr. Enos the manuscripts could not be found.

“It is said of him that no man in the county had fewer enemies or more friends than the subject of the above sketch,” the obituary concluded.

Hat tips: To Richard E. Hart, who noted Fletcher’s window-glass purchase in his Historic Houses and Sites of Ball Township (2021), and to Linda McCall of Ball Township, who brought it to the attention of SangamonLink.