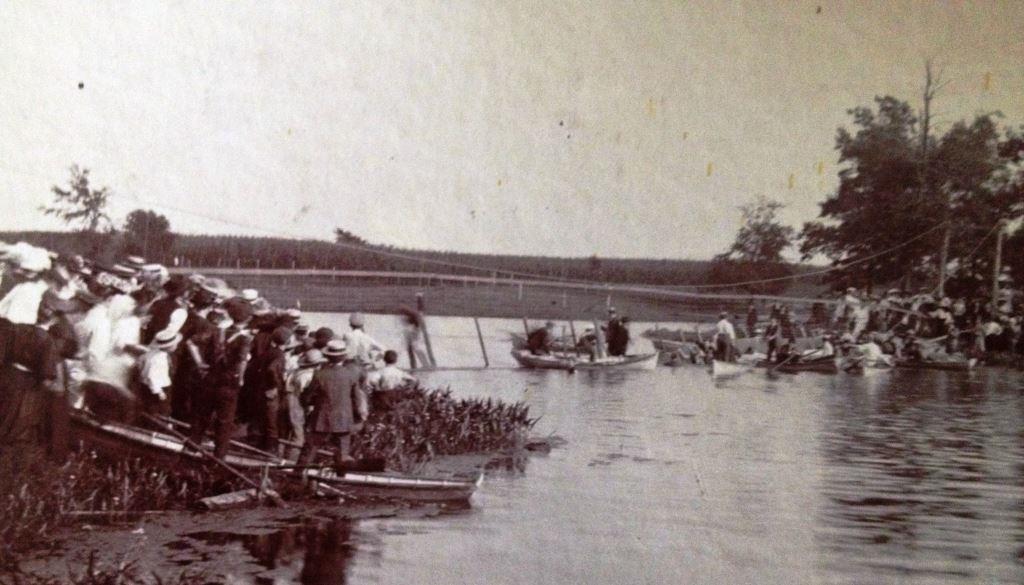 A crowd watches from the shore as boaters rescue people clinging to the capsized bridge at Mildred Park. (Photos courtesy the estate of Frank Iles)

Somehow, no one was seriously injured when a crowded suspension bridge collapsed into the pond at Mildred Park (today’s Bunn Park) on Aug. 16, 1905.

The lead on the Illinois State Journal story:

Without the slightest warning, the suspension bridge across the lake at Mildred park gave way at 3:30 o’clock yesterday afternoon, precipitating a crowd of about fifty young men, women and children into the water, which at that point is about twelve feet in depth. Owing to the fact that one of the cables did not break, thus keeping the bridge partially suspended above the water, no serious accident resulted. 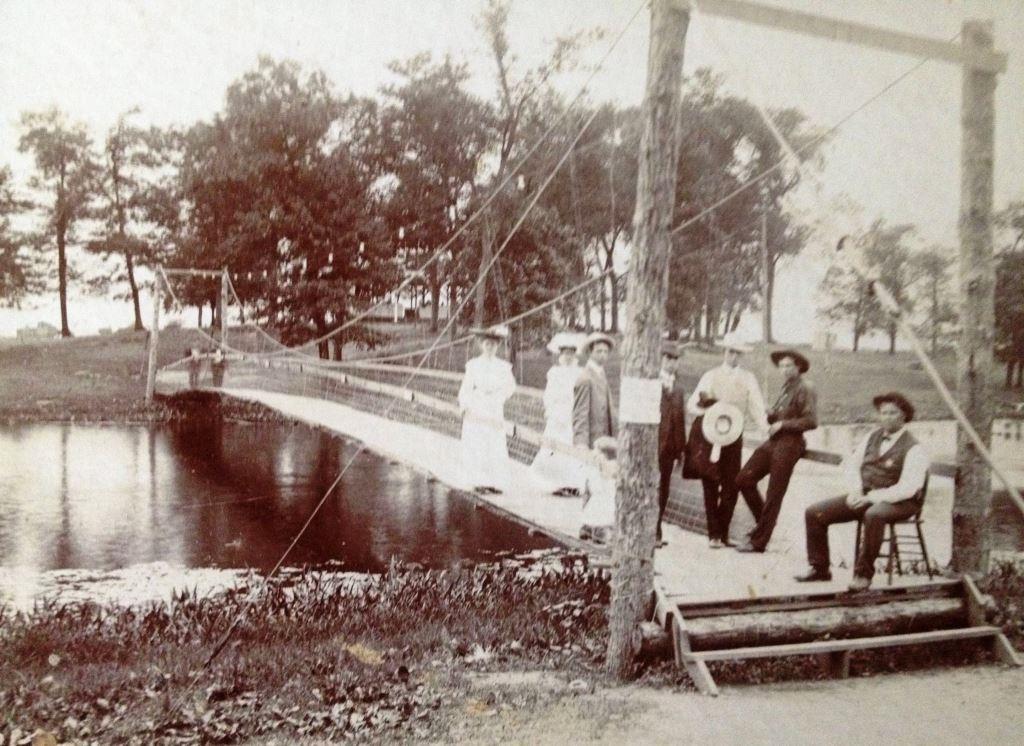 About 3,000 retail clerks jammed the park that afternoon for their annual picnic. The bridge was overcrowded when the west-side cable broke off where it was attached to a pole on the north bank of the pond, the Journal said.

The Illinois State Register (which estimated the crowd on the bridge at 100 people) said a contributory reason for the collapse was that “several young men and boys were amusing themselves by swaying the bridge back and forth.”

People who couldn’t swim hung onto the remaining cable while boaters rowed to the bridge to take them off. 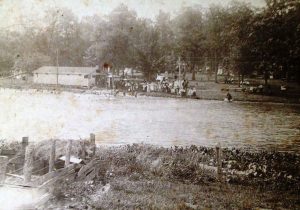 A view of the Mildred Park pond

However, two young women – Cecilia Dillon and Lois Fox – “had their feet entangled in the wires and narrowly escaped drowning,” the paper reported. It took 15 minutes to extricate the women, as volunteers helped them keep their heads above water.

Miss Dillon was the more seriously hurt, suffering a wrenched ankle and a severe nervous shock from the fright. Miss Fox was almost prostrated by the shock of being submerged in the water so long, and the clothes of both girls were soaked and torn. Their shoes had to be removed before they could be extricated, and it was some time before they recovered sufficiently to go to their homes.

In an editorial a couple days later, the Register said the collapse shouldn’t have come as a surprise. “The bridge was never in condition for practical use and was a positive menace to life and limb every hour that it remained after its incomplete erection. … Everybody interested is to be congratulated on the lucky escape.” 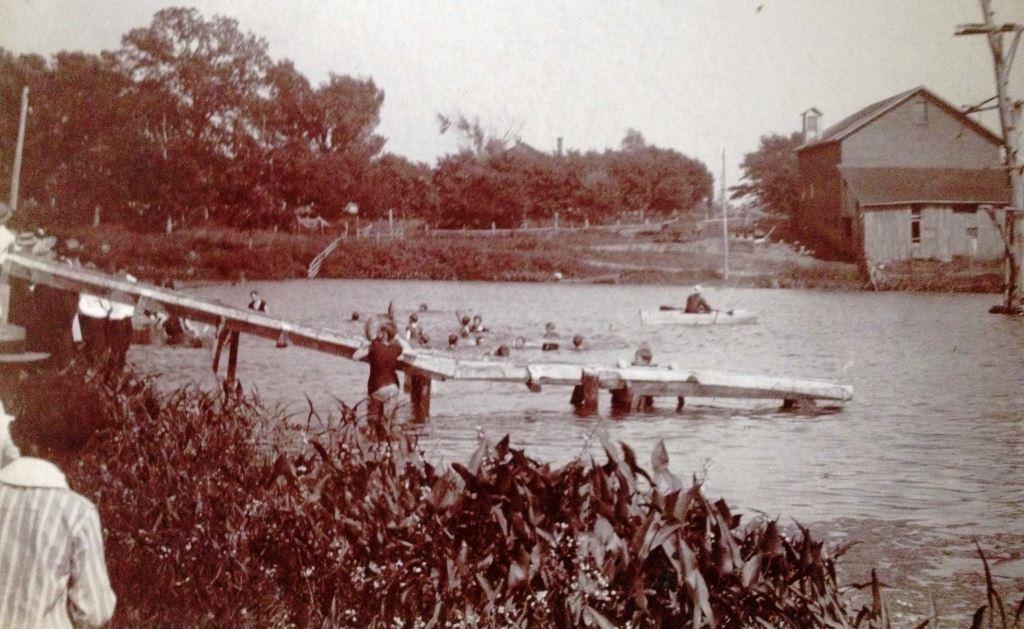 Mildred Park was a privately operated amusement park at the time. (It was named after L. Mildred Steele Iles, the wife of Elijah Foster Iles, the nephew of Springfield pioneer Elijah Iles.) The Mildred Park Amusement Co. replaced the suspension bridge with a 12-pier iron bridge for the 1906 season.

The Springfield Park District took over the property in 1909 and renamed it for businessman and park board treasurer John Bunn in 1913.

This entry was posted in Amusements, Disasters, Social life, Sports and recreation, Uncategorized. Bookmark the permalink.