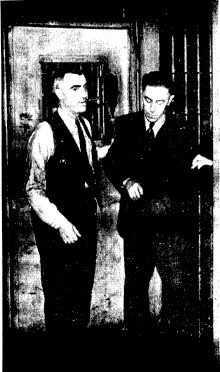 When authorities suspected Carl Zubr had poisoned his second wife, they started to wonder about the death of his first wife too.

The bodies of both women, it turned out, were laced with strychnine.

Zubr (1902-67) was a mule driver at the Capitol coal mine in Springfield. He married Marie Senger in 1936. She was 38 years old when she died suddenly in February 1939. “Death was believed due to a heart attack,” the Illinois State Journal said at the time.

Zubr quickly found a new wife, Bertha Herchy Van Dyke, 22, a widow with two sons. She died on Feb. 16, 1941, three weeks after the couple separated. Bertha Zubr started the divorce process, but her husband visited her Saturday, Feb. 15. They had a meal and went to a movie.

At some point during the evening, Bertha Zubr complained of a headache, and her husband gave her pills he said were a headache remedy. Bertha Zubr was taken ill at the theater. She died at St. John’s Hospital early the next day.

The physicians who treated her told Sangamon County Coroner Vern Dragoo that she showed symptoms of poisoning. He ordered an autopsy that showed Bertha Zubr’s stomach was “heavily loaded” with strychnine, Dragoo said.

Carl Zubr underwent “intensive grilling” for two days, the Journal said – his lawyers would say later police beat him in the process – and finally confessed to poisoning his wife. Zubr’s confession was part of a cascade of disclosures on Feb. 19.  The Journal listed them in a front-page story Feb. 20.

Events of the day were:

Later, Zubr was quoted as relating, his wife told him she had taken “all of her headache pills,” shortly before they went to a show Saturday night.

Zubr said he knew then she would die.

Zubr still said, however, that Marie Zubr’s death two years earlier was inadvertent – she took one or more strychnine capsules by mistake, he said. Authorities got the Senger family’s permission to exhume her body, but that turned out to be unnecessary. Some of her organs had been preserved at St. John’s Hospital, and a lethal dose of strychnine was detected in her liver.

The newspaper said Zubr dated his mental problems from age 15, when he fell from playground equipment in Washington Park and was knocked unconscious.

Following that he had spells wherein he was unable to control himself and in 1919 he was committed to the asylum at Jacksonville by the county court of Sangamon county. …

According to the report of Drs. L.C. Taylor and Don Deal, who were appointed to investigate Zubr at that time, he felt and acted mean “about every three months” and that “during the spells he threatened his mother with severe punishment.”

“For three or four hours each few months he can not resist swearing at his mother, being mean and stealing things,” the physicians’ report set forth.

“He is suffering with a deficient sense of moral obligation, manifested by stealing.”

Zubr was discharged from the Jacksonville hospital a few months after he was committed. His condition was listed as “unimproved.” 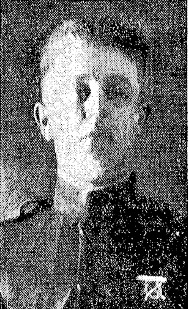 Zubr next joined the U.S. Marines, but disappeared from the Great Lakes Naval Training Station in Chicago in July 1920. Authorities and his family eventually identified the body of a man who had been beaten and dumped in the Chicago River as Zubr. As with much else in Zubr’s life, that turned out to be untrue. From the Illinois State Register April 13, 1921:

Carl Zubr, of 1901* West Capitol Avenue, astounted (sic) his relatives by walking into the house a few days ago and visiting his mother, Mrs. Matilda Zubr, who thought her son was dead …

As suddenly and mysteriously as he appeared, the young man, who was an enlisted man in the Aviation Marines, again disappeared, but his mother has received a letter from him stating that he is now in the “brig” or military prison at the Great Lakes Training Station where it is understood he is wanted for desertion.

Discharged from the Marines, Zubr returned to Springfield. On Feb. 17, 1922, Zubr and an accomplice, Dementer Yovensku, held up motorman Melvin Walker (corrected link) at gunpoint on the West Washington streetcar line. Walker was seriously injured when Zubr’s gun went off, apparently accidentally.

The two robbers were caught the next day. Both pleaded guilty to armed robbery and were sentenced to 10 years to life in prison. They were shipped off to the state prison at Chester within a week of their crime.

In another bizarre misidentification, Chester officials reported in 1931 that Zubr had escaped from prison, and the state posted a $50 reward for information leading to his capture. It was revealed months later that Zubr had never left the prison at all; it was a different inmate who went missing.

Zubr was released from Chester about 1933, after serving his minimum 10-year term. (Among those who wrote the parole board on Zubr’s behalf was his victim, Melvin Walker.) 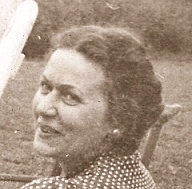 When he went to prison, Zubr told detectives in his confession, his mother rented their home on West Capitol Avenue to a doctor, the Journal said. When the physician moved out, Zubr claimed, he left behind the strychnine pills, along with some syringes and other medical equipment.

The pills, he declared, he put in the medicine cabinet and said his first wife took one by mistake, dying shortly after.

Zubr said he knew that the pills were poison, and shortly before his second wife’s death he slipped the remaining two into her medicine.

If the murder case had gone to trial, Zubr’s lawyers apparently planned to argue he was insane. Greening said he intended to seek the death penalty.

At the last minute, however, Zubr pleaded guilty, and Judge L.E. Stone sentenced him to 50 years in prison. Citing questions about Zubr’s mental state, Stone said, “This is not a case in which the extreme penalty should be pronounced.”

Over the years, Zubr filed a half-dozen petitions seeking release from prison, but he died there in 1967. The location of his grave is unknown.