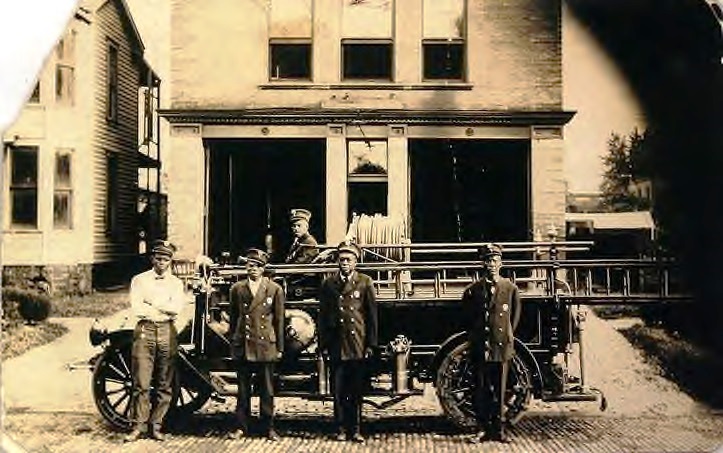 Engine House 5, 1310 E. Adams St., was known as Springfield’s “colored firehouse” from its construction in 1901 until after its fire company moved to a new building in 1954.

“The Springfield Fire Department routinely gave Five the worst of the equipment – material the other houses had used and cast off,” State Journal-Register reporter Dave Bakke wrote in 1989.

When Firehouse Five opened in 1901, fire wagons were horse-drawn. The building had a stable and a hayloft. The firefighters slept upstairs and kept the horses downstairs.

Firehouse Five firefighters were always ordered to stay and clean up after the fire was out. An old fire department directory doesn’t even recognize that Firehouse Five existed. It skips from Firehouse Four to Firehouse Six.

“See,” says Charles Lockhart, “things were a little different back then, as far as prejudice goes. They had two lists in those days – a white fire department and a black fire department. Back then, there were restaurants we couldn’t eat in. But when they had a fire, they were glad to see us.”

Lockhart (1903-94), who joined Engine House 5 in 1928, retired from a relatively integrated Springfield Fire Department as deputy fire chief in 1966.

African-Americans had been hired as firefighters prior to the opening of Engine House 5 – the first was Harry Taylor, appointed by Mayor Frank Kramer in 1894, when fire department jobs were patronage positions. Taylor was assigned only to drive the department’s supply wagon, but white firefighters still protested his hiring.

Taylor went on to greater fame as a Springfield police detective. It isn’t clear how many more African-Americans served as firefighters prior to construction of Engine House 5, but the number almost certainly was small.

An Illinois State Journal article published when Engine House 5 and two other new firehouses opened in 1901 suggested – by omission – that the department then had no African-American firefighters.

“The new engine house on East Adams street will be manned entirely by colored men,” the Journal reported on July 14, 1901, adding: “In the other new houses some of the old, experienced firemen will be placed along with the new appointees in order that there may be no hitch in the departmental work.” 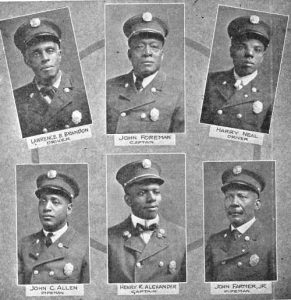 John Foreman (top center), one of the original Engine House 5 firefighters, was a captain by 1926. Photo from Directory of Sangamon County’s Colored Citizens: A History of the Negro in Sangamon County (1926), which added, “the people of Springfield are justly proud of their colored fire department whose record for efficiency and faithful service has been amply attested.”

City hiring then was a patronage process. Mayor John Phillips made the appointments, and their political nature was obvious – the Journal’s story identified each firefighter by the ward he lived in rather than his home address. It’s unknown whether Foreman James Edwards had any firefighting experience. However, it probably didn’t hurt that his wife, Euretta Florville Edwards, was the daughter of Springfield’s wealthiest and most influential African-American family.

By the time Lockhart joined the fire department in 1928, Engine House 5 had a crew of eight, working two shifts.

After the horses were phased out in the 1920s, Engine House 5’s crew converted the station’s upper floor to a training facility for amateur boxers.

“It was separate there too,” Lockhart said in 1989. “The black kids didn’t have any place to train. Me and Alvin Kirk got permission from the chief and fixed up the hayloft and trained boxers up there. We had some good ones.”

As the older firehouses became more and more out of date, Health and Safety Com. Joseph Kohorst began lobbying in 1953 for a bond issue to build modern ones. The day before the vote, Engine House 5 provided a prime example of the reason for Kohorst’s request.  The Journal reported the story on April 7, 1953.

Kohorst said that an incident yesterday dramatized the need for new fire houses.

At engine house 5, Thirteenth and Adams St., he explained, a section of the floor caved in. As a result one engine could not be moved under cover, but had to be left outside.

Kohorst said that the present houses were built in the days of horse drawn equipment and were never intended to bear the weight of present day apparatus weighing an average of 20,000 pounds.

The Springfield Fire Department took its first step toward racial integration in 1956, when an Engine House 5 firefighter, Charles Huston, was transferred to a previously all-white fire station. He voluntarily returned to Engine House 5 a year later, saying he was more familiar with the crew there. (Other African-American firefighters told Bakke Huston had been harassed by white firefighters at the other station.) 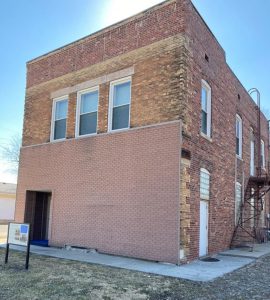 Engine House 5 got its first two white firefighters – Capt. Henry Hanselman and firefighter Jack Rotherham – in 1958, according to Bakke’s account. Fire department desegregation accelerated in the 1970s, and, as more white firefighters got acquainted with their African-American compatriots, “they got quite an education,” said Isaac Robison, who had been an Engine House 5 firefighter in the 1950s. “If we were at a fire, fighting side by side, they never knew when they might need one of us to help them out of trouble.”

By the time Bakke profiled Engine House 5 in 1989, its crew included 10 whites and two African-Americans.

Central Lodge #3 of the Prince Hall Masons, a predominantly African-American organization, occupied  the original Engine House 5 at 1310 E. Adams St. in 2021. Efforts were under way to restore the original façade and create a Black Firehouse Museum on the ground floor, while keeping the second floor as the lodge headquarters.