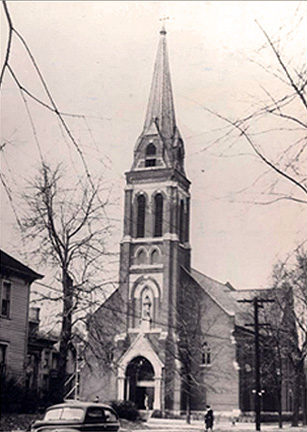 On August 25, 1889 a religious procession marched from the former Church of the Immaculate Conception at Seventh and Monroe streets to College Street, where St. Agnes Catholic Church was to be erected.

Hundreds of marchers waved American flags, ecclesiastical banners and a large green flag emblazoned with a golden harp, a symbol of Ireland. The procession contained members of the Catholic clergy as well as the Catholic Knights of America, the Ancient Order of Hibernians, the Foresters of America and a host of other religious and social groups.

The land developed for the church of St. Agnes took in four blocks along College between Capitol Avenue and Edwards street.  The church itself was on the northwest corner of College Street and Capitol Avenue.

Named after Saint Agnes of Rome (the patron saint of young women), the new parish served neighborhoods south of Carpenter Street and west of the Chicago and Alton Railroad tracks (Third Street). The first mass was celebrated in May 1890, and the church was formally dedicated that September. 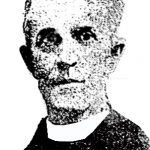 Its initial membership consisted of 180 families. Unlike many Catholic parishes, St. Agnes never was dominated by a single ethnic group. The surrounding neighborhood contained some immigrant stock (mainly Irish and German), and the parish community was mixed. Its earliest membership roster includes surnames such as McRoberts, O’Brien, Sexton, Hallahan, Shaughnessy, Reagan, Laudenberger and Gusswein, to name a few. Because it was so close to downtown, the church also catered to people from other neighborhoods, and visitors to the city regularly worshiped at St. Agnes.

The Rev. James Howard (1859-1930) was St. Agnes’ first pastor. Ordained a Catholic priest in 1882, Howard had been a pastor in Virden before coming to Springfield. From the outset, he was instrumental in the social and financial development of St. Agnes. The parish “ran debt-free under his leadership,” a 1907 Illinois State Journal article reported. Howard routinely raised money through an annual bazaar that featured homemade chicken dinners and auctions of items such as jewelry.

Before St. Agnes had its own school building, Dominican nuns oversaw a scholastic program inside a small, wood-frame structure at Spring and Monroe Streets. According to a history on the parish website, the first schoolhouse used by St. Agnes was a former Seventh Day Adventist church. Two additional classrooms at 311 W. Capitol Ave. housed first and second grades. 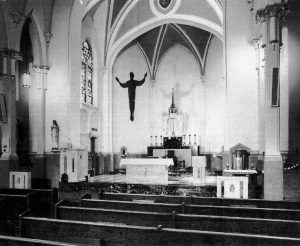 School instruction began in September 1897 under the guidance of three nuns led by principal Sister Mary Josephine Meagher (1840-1925). Sister Mary Josephine led the scholastic efforts of St. Agnes until around 1900 when she was elected the sub-prioress at the convent of Sacred Heart Academy. Five boys and one girl comprised the first graduating class of St. Agnes School in 1902. Due to the size of the graduation class, no formal commencement ceremony was held.

In the summer of 1902, the Diocese bought adjacent property at 113 W. Monroe St. to house the Dominican sisters, and in 1908, land was purchased to develop a school building near the parish. Construction began in 1912, and the school opened its doors in time for the parish’s Silver Jubilee in October 1913.

The parish served about 300 families “from the poor and the middle classes,” according to an article about the school’s dedication ceremony.

Howard had said at the dedication that, while it was nice to have a new school, “… you can’t deny it. You want to build a bigger house of worship.” His desire for a new church, however, would not come to fruition for another 69 years. 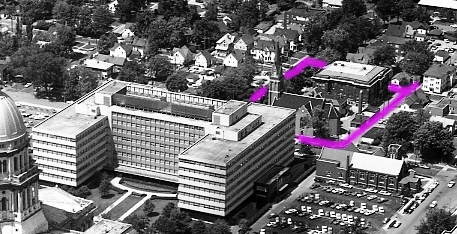 In 1979, the Diocese sold the church, convent, school and grounds to the State of Illinois for a reported $1.4 million. (A state parking ramp now fills the site where the church once stood.) A new school and church were then built at 251 N. Amos Ave., closer to Springfield’s growing west side. The new school opened in 1981 under the leadership of Monsignor Patrick Wright, and the final Mass was celebrated in the original church on Nov. 15, 1981.

The Dominican Sisters staffed St. Agnes School into the 21st century. As of 2020, however, the staff were all laypeople.

Four classrooms were added to the new school in 1988, and a 2006 reconstruction provided more space for teaching and for a preschool program. St. Agnes School celebrated its 25th anniversary at the Amos Avenue location in 2006 and its 125th anniversary in the autumn of 2013.