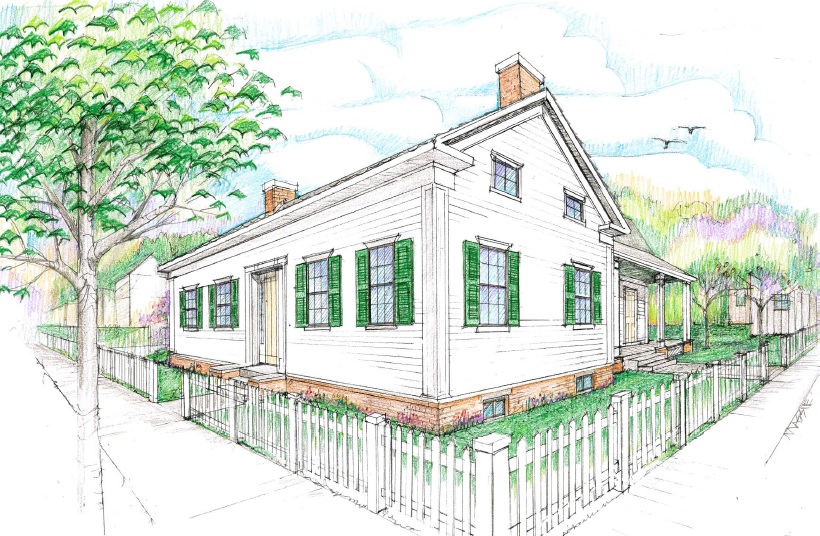 The man who built the cottage that became the Lincoln Home also officiated the marriage of Abraham and Mary Lincoln. His life’s work, however, was formation of the church that became Springfield’s Cathedral Church of St. Paul.

Rev. Charles Dresser (1800-65) was born in Connecticut and ordained an Episcopal minister in Virginia. He was called to Springfield in 1838 to become the first resident rector at what was then St. Paul’s Church. The church had been founded in 1835, but its earliest services were conducted by a deacon, Samuel Chase, in borrowed buildings.

Church members had collected materials for their own building before Dresser arrived in May 1838, but work didn’t start until that summer, according to a reminiscence written by his son, David – also an Episcopal pastor in central Illinois – that was published in the Illinois State Register in 1900. That first church was a white frame building on Washington Street between Fourth and Fifth streets, just east of the 2020 site of Springfield’s Amtrak station. 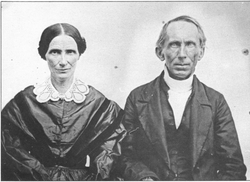 “The number of communicants, so far as ascertained, is fifteen,” Charles Dresser reported to the area diocese 10 days after his arrival, “and the number of families attached to the church about the same.”

Dresser held the first services in his new church in August 1838, but building his congregation apparently was a struggle. According to the Register history, he reported to the diocesan convention in June 1839:

That with the exception of seven Sundays, on which he was confined by sickness, he had performed divine service twice every Sunday during the year; and that the church had been opened for a week-day lecture during Lent. In respect to attendance he reports that when the weather was favorable, he had much to encourage him, but in regard to the spiritual improvement of the congregation, little.

Nonetheless, Dresser’s efforts were successful enough that he and his wife Louisa were able to buy a lot at Eighth and Jackson streets in 1839 and build a 1½-story cottage.

On the morning of Nov. 3, 1842, Abraham Lincoln stopped at the Dresser home to tell Rev. Dresser he and Mary wanted Dresser to conduct their marriage ceremony. Their original plan was to be married the same evening in a small ceremony at the Dressers’. However, Mary’s sister, Elizabeth Edwards, intervened, and the marriage took place the next day at the Edwards home in the 500 block of South Second Street.

Two years later, the Dressers sold their cottage to the Lincolns, probably because the Dresser family had far outgrown the home – Charles and Louisa (1810-91) Dresser had four living children at the time (a fifth apparently had died as an infant), and would have two more.

The Lincolns paid $1,200 for the house, but they expanded it as their family and their financial resources grew. The Dressers’ original 1½-story, five-room home was a full two stories and 12 rooms by the time the Lincolns left Springfield in 1861.

In summer 2020, the Abraham Lincoln Association announced plans to build a replica of the house as the Dressers left it on a lot just south of the Lincoln Home National Historic Site.

The Rev. Charles Dresser served as St. Paul’s rector until 1854, when he took the post of chaplain at Jubilee College north of Peoria. (By then, the growing congregation had moved into a new Gothic Revival church at Fourth and Adams streets; today’s Cathedral Church of St. Paul the Apostle is at Second Street and Lawrence Avenue.) The family moved back to Springfield in 1859, and Dresser died in Springfield in 1865.