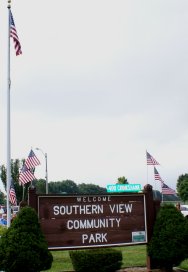 Like Grandview and Jerome, the village of Southern View, which abuts Springfield’s south side, was formed so the village could obtain water from the city of Springfield.

Founded: Southern View residents voted 117 to 30 in 1939 to incorporate in order to create a water system; the official incorporation date was July 17, 1939. The first village president was Minor Clark.

Street lights were installed in 1957. The lights and an early paving program were financed by a 5 percent village utility tax.

Today: Southern View, accessible off Springfield’s South Sixth Street, had a population of 1,642 in 2010.

This entry was posted in Communities, Local government, Uncategorized. Bookmark the permalink.