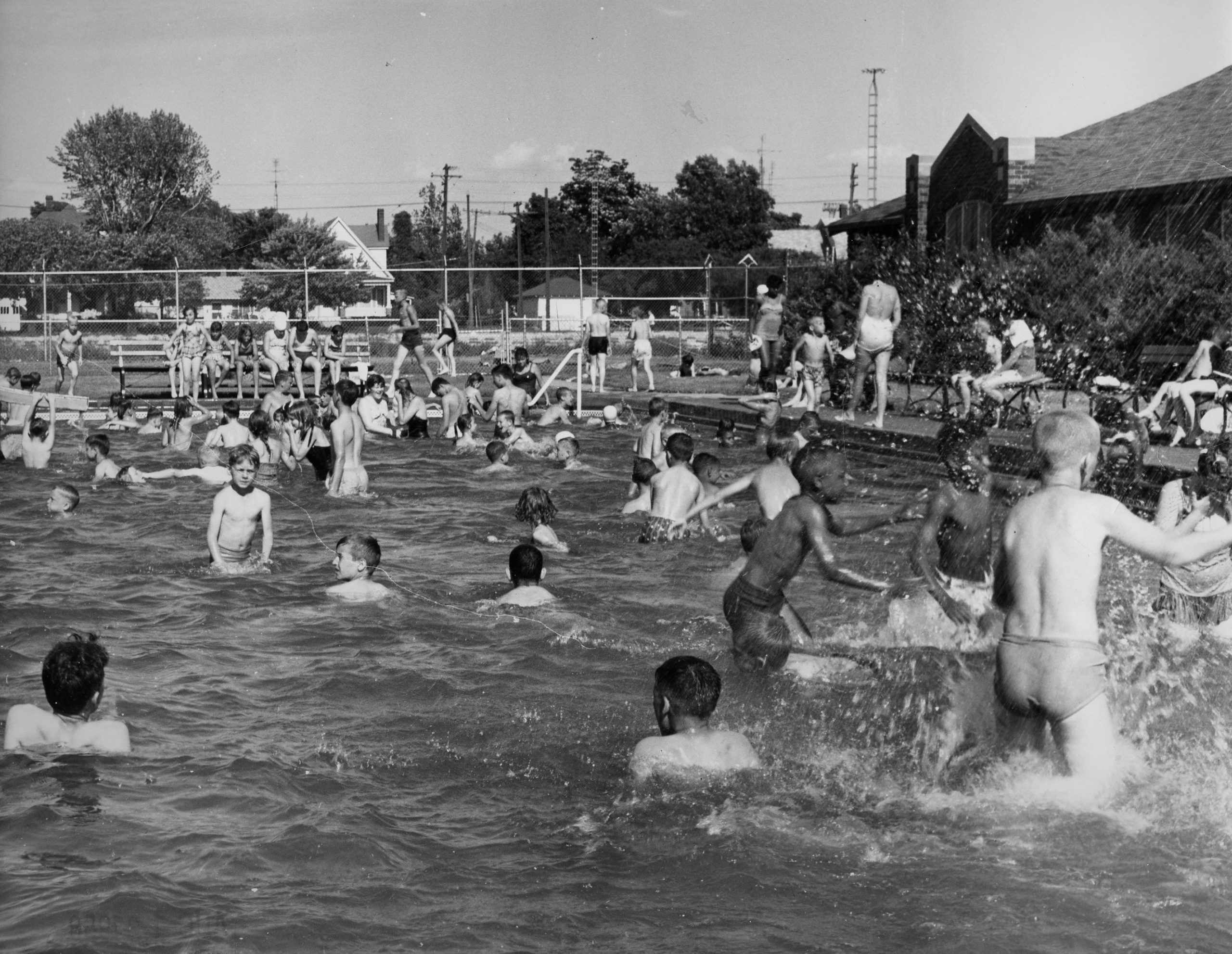 On June 16, 1928, a crowd of about 750 people attended the grand opening of Soldiers’ and Sailors Memorial Pool on Springfield’s north end. The pool was named to honor all U.S. service personnel who perished in wars spanning the American Revolution to World War I.

The project, built at a cost of $100,000 (about $8 million in 2022) created Springfield’s first public-use swimming pool. Twelve-year old Margaret Lanphier, wearing a red swimming cap and red suit, plunged headlong into the fresh water to become the pool’s first swimmer.

Catherine Kinsella, representing the city’s Gold Star Mothers (women whose sons died during military service) cut the ribbon to open the pool. Kinsella’s son Joseph died in 1918 from combat wounds he received in France. (Two other sons of Catherine and Richard Kinsella also served in World War I; they survived the war.)

Memorial Pool, as it was popularly called, sat at the northeast corner of Ninth Street and Converse Avenue, directly across from the Sangamo Electric plant. When the pool project was initially considered, it was not part of the city’s park system, but the complex was handed over to the park board at the dedication in 1928. 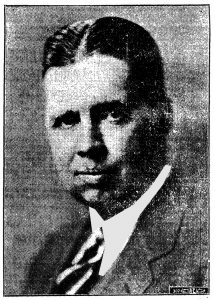 Suggestions for a municipal pool were being considered by the city as early as 1926. Insurance executive John C. Lanphier Jr. (1881-1977), president of the park board during the planning and construction phases of Memorial Pool, spearheaded the project.

In 1927, Lanphier told Springfield Rotarians the city needed a municipal pool in addition to hard-surfaced park roads and a public, open-air theater.

“Springfield is one of the few cities of any size in America which does not have an outdoor swimming pool,” he said.

To raise money for the project, two mortgage trusts were formed between the Springfield Marine Bank and Ridgely Farmers State Bank. The banks helped underwrite each half of the proposed $100,000, while the remaining amount was collected through public solicitation. Lanphier said the investment could be “repaid at the rate of $10,000 a year, plus interest.”

The project was incorporated in March 1928. Its officers were Gailard Weaver of Weaver Manufacturing Co., banker Carl “Dinny” Luers, and John MacWherter, the city’s recreation superintendent; MacWherter served a term as mayor in the 1950s. Carl Sorling and George Keys also played roles in securing financing for the pool.

By mid-March, newspapers reported the American Business Club had offered subscriptions pushing the financing goal over $11,000. 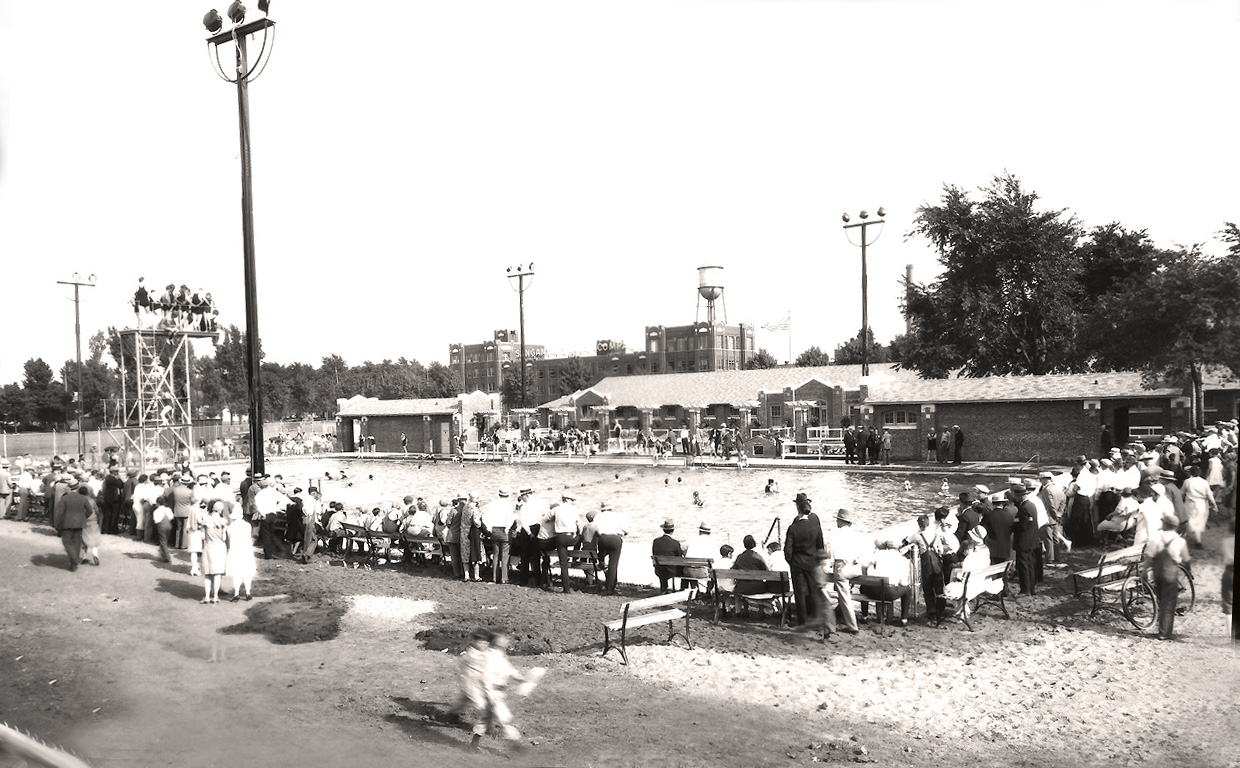 The complex contained two uncovered, rectangular pools – one for children and another that spanned 50 meters (164 feet), making it at one point the largest swimming pool in the city. The large pool accommodated 1,500 swimmers and had a high dive tower at the deepest end.

During construction, Memorial Pool was touted as hygienically “near perfect as possible” in order to reduce “contagious diseases … associated with public pools.” Early on, the bathing suit of each swimmer was sterilized before entering, and the public could rent a fresh suit if needed. 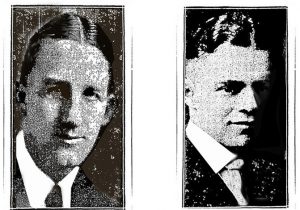 Credit for developing the idea for a city swimming pool probably goes to Arthur T. Noren, Springfield’s superintendent of recreation from 1925 to 1927. While he served prior to Memorial Pool’s construction, one of his acts was enhancement of the city’s Recreation and Playground Commission.

When Memorial Pool was built, the commission ensured that children could swim there for free on special days. More than 12,000 kids were admitted to the pool free of charge during its first year of operation.

Noren left Springfield to run the National Recreation School in New York. MacWherter, Noren’s successor, had been director of recreation in Alton.

Historically speaking, clean and safe outlets for swimming were hard to come by in Springfield. Before Memorial Pool’s development, local places to swim included the Bunn Park lagoon, where the water was frequently contaminated, or the Sangamon River.

An estimated 50,000 swimmers used Memorial Pool in 1939, and 250 people took swimming lessons there. The lifeguard stations were staffed by Red Cross guards, and the 1939 report said there had been no drownings at the pool since it opened.

Hot water was installed for the showers in 1940, and swimmers were required to shower before entering. Sanitation was very important in a facility that accommodated thousands of swimmers daily during the summer months, and the shower upgrade targeted the need to get the pool registered as Class AA for competitions.

Memorial Pool was racially segregated for 22 years. The question of who could get access to the pool (and the city’s beaches as well) came to the forefront in 1950. At a meeting of the Springfield Council of Churches that February, attendee Frances Hurie said “second-generation American Japanese children as well as Negro children” had been denied entry to Memorial Pool.

Pool managers apparently admitted the first African-American patrons in late July 1950. However, the Springfield Park Board closed the pool about a week later. Park superintendent Henry Busch said the reason for the closure was the “cool weather and a general lack of interest in swimming.”

A delegation from the Springfield NAACP questioned that explanation at a meeting of the park board on Aug. 16. NAACP spokesman Kenneth Barton demanded that the board reaffirm that all park facilities were open to all residents. Park board members responded that the pool “was closed solely for financial reasons and there were no policies of discrimination,” the Illinois State Journal reported. (It took another two years before the city council desegregated Lake Springfield beaches.)

By 1962, when voters turned down a bond issue to build two new municipal pools as well as another plan to repair Memorial Pool, the pool’s the biggest problem was water leaks. They accounted for 70 percent of the district’s utility costs

The pool was given a “C” health grade by the state of Illinois in 1963, and when the park district took measures to improve conditions, they brought the pool only to a “B”. On top of this, a study in 1964 revealed that Memorial Pool had been profitable for only seven years of its then-36-year history.

Memorial Pool’s last season was the summer of 1974. The new Franklin P. Nelson Center in Lincoln Park, which offered swimming outside in the summer and indoor ice skating in the winter, opened in early 1975.

The Springfield Park Board sold the Memorial Pool complex in 1977, and the former pool was demolished in 1980 to build an Eisner supermarket (later Jewel-Osco) and a parking lot. As of summer 2022, the former grocery/drug store was being used to host regular bingo games.