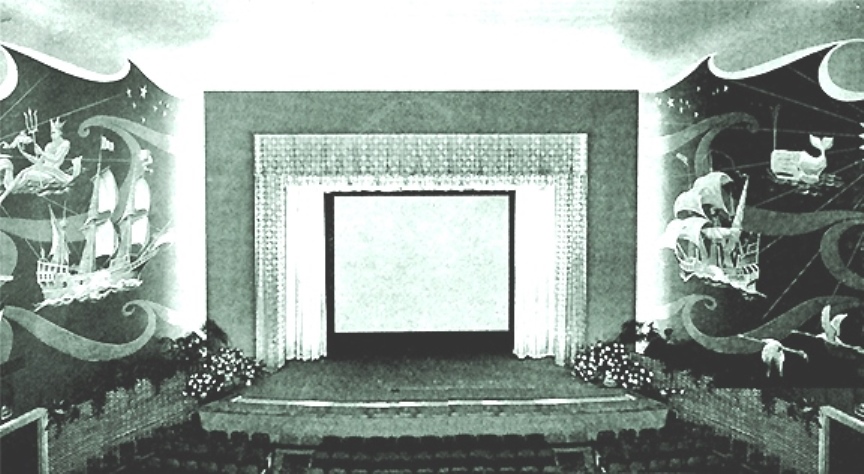 “One of the city’s oldest, largest and most reliable babysitters, the Roxy Theater, will fall to the state of Illinois headache ball.” So wrote State-Journal Register critic Paul Povse in September 1978. Indeed, the demise of the Roxy was a sad occasion, leaving a void for people who wanted to see family-oriented and children’s movies in Springfield.

The Roxy, 417 S. Fifth St., began its history as the Majestic Theater. The 1,100-seat house, built for large-scale stage performances, opened on May 23, 1907. Its first show was the Lew Fields production “About Town”. 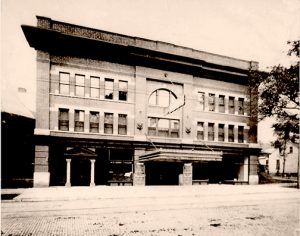 John Pierik and C.J. Giblin of Springfield had the theater built at a cost of $90,000. Top price for a seat, except for private boxes, was 75 cents.

Although the Majestic opened as an independent theater, it became part of the Orpheum circuit during the vaudeville era. This meant it attracted regional and national performers to Springfield in the era before the grand Orpheum Theatre opened in 1927.

In February 1921, for example, the Majestic played host to an 11-act program of comedy and song-and-dance performers headlined by Singer’s Midgets, a top attraction at the time. “Singer’s Midgets … do everything that can be imagined to make a complete vaudeville show,” newspaper promotions said. (Organizer Leopold Von Singer later was responsible for casting many of the Munchkins in the movie Wizard of Oz.)

By 1914, the Majestic was occasionally screening movies (often referred to as “photoplays”) in addition to live stage performances. In November 1914, crowds saw screenings of “actual conditions … of war scarred Belgium” as documented by Chicago Tribune films.

“These pictures are the only moving pictures of actual warfare in existence,” the Illinois State Register said. “Several men were killed within ten feet of Photographer Weigle while he was taking the picture on the firing line.” Edwin Weigle (1889-1973) was the first U.S. documentarian to use a film camera to cover a war. The screening at the Majestic in 1914 was most likely “On the Belgian Battlefield”, one of the first documentaries about war shown in the U.S.

Vaudeville theaters began to show movies on a full-time basis in the mid-1920s. The Majestic became a movie house during this period, although it still brought in occasional stage talent, such as Georgie Jessel, a pioneer of standup comedy. Escape artist and magician Harry Houdini thrilled Majestic audiences with a live performance labeled as “black art” in February 1924. 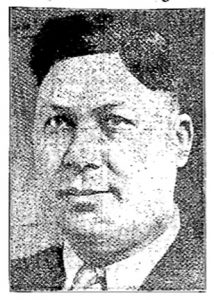 In 1934, the central Illinois-based Frisina Amusement Company, founded by Italian immigrant Domenico “Dominic” Frisina, bought the Majestic and remodeled it for a reported $68,000. The interior was gutted and freshly adorned with new seats and lighting. Other improvements included a “cooling system” (air conditioning) and a gleaming Art Deco marquee outside. “(B)lack and chromium (are) prevailing in the lobby and front,” a report said. Local architect Carl T. Meyer executed the redesign.

The last movie to screen at the Majestic was “Dames”, a Warner Bros. production. The theater reopened under a new name, the Roxy, on Jan. 19, 1935 with “Big Hearted Herbert”, another Warner Bros. production. (The Illinois State Register said Frisina chose “Roxy” not in homage to a famous New York theater of that name, but rather because no Springfield theater had used the name before.)

The Frisina Company overhauled the interior of the Roxy again in 1950, decorating it in a dream-like nautical theme. A friendly-faced whale adorned the wall on the right side of the house, while a modern King Neptune was painted on the left side. An octopus was featured within the motif, in addition to coral and sea flora. The screening portion of the theater had recessed lighting that wrapped around the perimeter of the second-floor balcony. The entire design scheme harkened back to the atmospheric movie palaces of the golden age of Hollywood.

The remodeled theater opened Nov. 22, 1950 with “West Point Story”. The Roxy continued to be a first-run movie house into the 1960s. However, in the early 1970s, the theater became a niche exhibitor for children’s films and family-oriented shows. It frequently screened reruns of Disney classics as well as showing first-run G-rated pictures, like “Pete’s Dragon” in 1977.

The Roxy closed its doors for good in September 1978. The final movie to show there was Disney’s “The Cat from Outer Space,” double-billed with “Winnie the Pooh”. The theater was demolished in April 1979 to accommodate a state court complex that never came to fruition.

This entry was posted in Amusements, Architecture, Social life, Theaters. Bookmark the permalink.