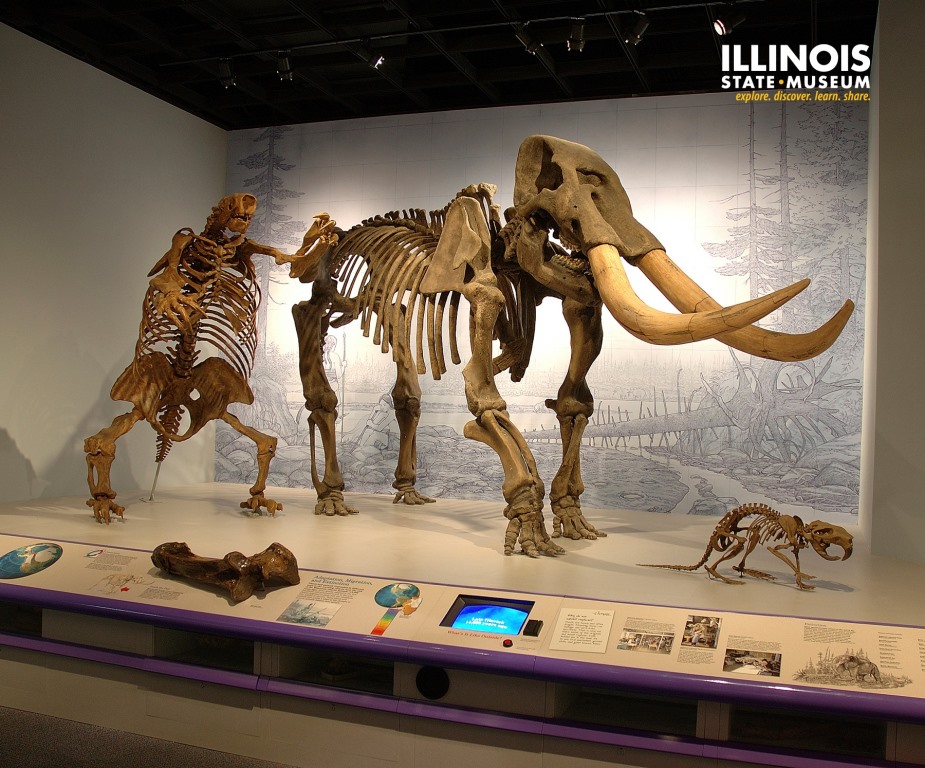 Like those of many mastodon skeletons on display around the world, Millie’s bones actually are fiberglass composites. The original bones came mostly from a 1971 excavation at the aptly named Boney Springs in Missouri, where the giant, elephant-like creature died about 14,000 years ago,

The dig, done by teams from the ISM and the University of Arizona, unearthed the skeletal remains of at least 30 mastodons, according to a State Journal-Register article published when Millie went on display in 1975. Reporter Fran Bernard wrote:

(T)he bones determined to have come mostly from one animal – although such a determination could not be positive – were sent to the paleontology lab at the University of Arizona. There they were cast in polyester resin and glass cloth.

And then they were sent here, a few at a time, in red plastic bags.

Or rather, bags of casts of bones.

It was like working a giant jig-saw puzzle to put the beast together. 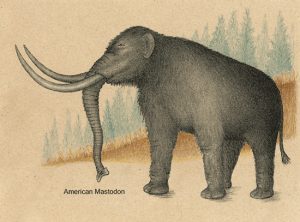 Mastodons (scientific name Mammut americanum) weighed four to six tons, about the size of a large Indian elephant. The museum’s skeleton is 10 feet tall and 20 feet long, counting its five-foot-long tusks. Mastodons were common in North America during the Ice Age, but became extinct 10,000 to 11,000 years ago, perhaps because of overhunting and/or climate change. Skeletal remains have been found at dozens of sites in Illinois.

Marion “Bud” Hoffman (1916-93), curator of exhibits at the state museum, led the team that reconstructed the skeleton in the 1970s. Dorothy Langer, one of Hoffman’s assistants, painstakingly painted each fiberglass reproduction to match the original bones. Hoffman and his team built the mastodon’s tusks from scratch.

“We nursed each bone along until it looked good enough that our conscience would let us leave it and go on to the net one,” Hoffman told Bernard. “Dorothy did a good job painting, putting in the natural fracture lines as they occurred in the ground.

The reconstruction work, including internal supports that allow the skeleton to stand unaided, was done in a third-floor laboratory in the museum building at Spring and Cook streets. Then the structure had to be taken apart in order to fit it into a freight elevator and transport it to its final home two floors down. 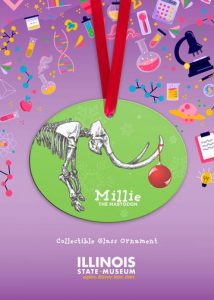 Museum artist Robert G. Larson (1921-2007) added the mural background for the skeleton, which depicts what was a very different Illinois. “Trees were just starting to come back, but the country was wet, swampy,” he said in 1975. “It was a coniferous situation.”

This entry was posted in Animals, Museums, Prehistory, Science, Uncategorized. Bookmark the permalink.