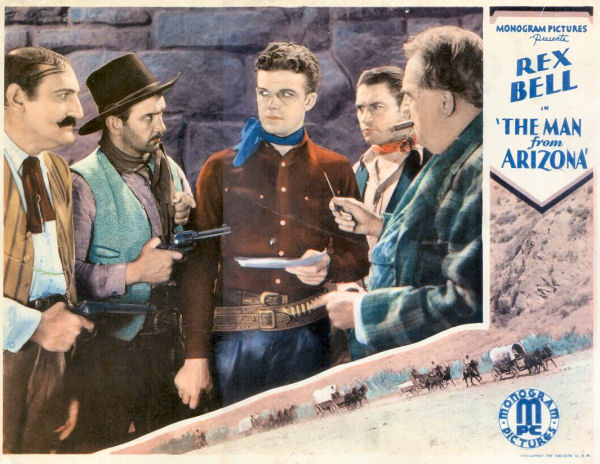 Theodore Lorch, who spent his teenage years in Springfield, was a film and stage actor whose busy career spanned the 1900s through the 1940s. Although he had leading roles in such movies as the 1920 version of “Last of the Mohicans,” in which he played Chingachgook, he’s probably best known as a foil for the Three Stooges. (One movie expert also speculates that Lorch may have been a prototype for the famous “Dudley Do-Right” villain Snidely Whiplash.)

Lorch (1880?-1947) was born in Elgin, Illinois (although Wikipedia says incorrectly his birthplace was Springfield). His parents, Andrew and Katherine “Kate” Gerard Lorch, moved to Springfield, Kate’s home town, when Theodore was eight months old.  Andrew Lorch was a watchmaker for the Illinois Watch Co., and the family lived at Eighth Street and North Grand Avenue. 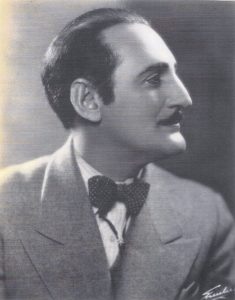 Theodore was only 2 when the Lorches left Springfield for Russia, where Andrew Lorch apparently had been born. In 1890, however, Andrew Lorch was confined to a mental institution. He died in Russia sometime in the early 1890s, and Kate Lorch moved back to Springfield with her adolescent son. She worked as a dressmaker here.

Kate Lorch represented Russia in 1894, when local businesses put on a miniature re-creation, held in the Statehouse, of the 1893 Chicago World’s Fair’s “Midway Plaisance.”

“In the senate chamber, Mrs. Katie Lorch, born in Springfield, but a resident of Russia for twelve years, will talk to you in Russian while she caresses furs and sells sweetmeats as they know them in the czar’s dominions,” the Illinois State Journal reported.

Meanwhile, Theodore Lorch attended McClernand School and Springfield Business College, delivered the Illinois State Register and worked for a time for the Illinois secretary of state’s office. He enlisted in the 5th Illinois Infantry at the start of the Spanish-American War in 1898, but was discharged for being underage.

Kate Lorch died in 1899, and Theodore Lorch began his acting career shortly afterwards. “About eighteen years ago,” the Register said in 1918, “Lorch left Springfield as a member of the Harry Holden Theatrical company and from this he dates a successful stage career. … “During these years he has successfully starred in ‘Sherlock Holmes,’ ‘Dr. Jekyll and Mr. Hyde,’ and other like productions and was featured as leading man in stock for two years at the 116th Street theatre in New York City.”

Lorch was in theater companies in Denver, Salt Lake City and Colorado Springs. According to what appears to be his most authoritative filmography (compiled by Chuck Anderson on  b-westerns.com) Lorch also became an impresario of sorts, headlining his own troupe, the Theodore Lorch Players.

During a 1918 sojourn with relatives in Springfield, he spent a couple of months  playing  in the stock company sponsored by the Chatterton Opera House.

As moving pictures became more important, Lorch took his career there. He found his niche in the 1930s in supporting roles or as villains in B-westerns with stars including John Wayne, Ken Maynard, Tom Mix and Hoot Gibson.

“Occasionally,” Anderson writes on b-westerns.com, Lorch “was the boss baddie, and a great example of Theodore Lorch at his nastiest occurs in one of Tom Tyler’s best, ‘Cheyenne Rides Again’ (Victory, 1937).” 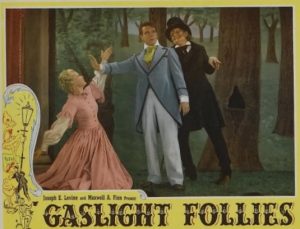 Lorch, Anderson adds, “always struck me as a pretty ‘hammy’ actor and the pattern for ‘Snidely Whiplash,’ the caped and mustached arch enemy of Dudley Do-Right of the Mounties in the Rocky and Bullwinkle animated TV series.”

Wikipedia’s entry on Lorch lists him as appearing in more than 140 films, including such classics as “Stagecoach,” “Hunchback of Notre Dame” and “Pride of the Yankees.” In all three of those films, however, Lorch had only bit parts and received no screen credit. The same was true for many of Lorch’s other roles, especially later in his career. But he apparently made a good living as a Hollywood extra, and when the Screen Actors Extras Guild was formed in 1945, Lorch was on its board of directors.

Lorch mostly had bigger roles (and got screen credit for them) in a dozen Three Stooges shorts in the 1930s and ‘40s. According to threestooges.net, he played Major Filbert in “Uncivil Warriors,” Gen. Muster in “Goofs and Saddles” and Professor Sedletz in “Half-Wits Holiday.”

Lorch performed in his last Stooges film, “Hot Scots,” in 1947, the year of his death.

You can watch Theodore Lorch as Professor Sedletz in this clip from “Half-Wits Holiday” (Lorch/Sedletz is the professorial gentleman wearing pince-nez eyeglasses): https://www.youtube.com/watch?v=sg25C-r0QOA.

Lorch is buried in Forest Lawn Memorial Park in California.

This entry was posted in Amusements, Arts and letters, Media, Uncategorized. Bookmark the permalink.