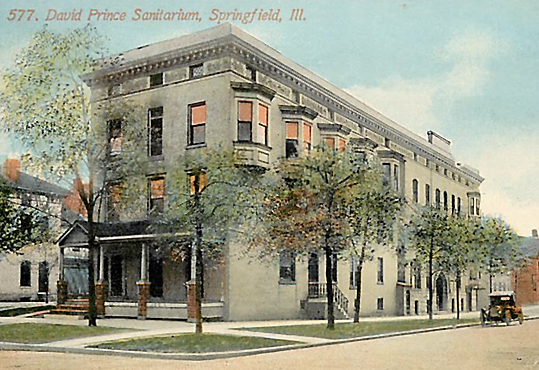 The David Prince Sanitarium opened in 1890 as a center for general surgery and eye, ear, nose and throat treatment. By 1978, when the building was demolished, it was a shabby apartment building whose tenants were the respectable (and elderly) poor.

The original proprietors were Drs. Arthur and John Prince; their father, Dr. David Prince (1816-89), had operated a similar sanitarium in Jacksonville. After the senior Prince died, his sons decided Springfield offered better opportunities.

Arthur, known as “A.E.” (1854-1930), specialized in eye, ear, nose and throat ailments and was recognized for some innovative eye-disease treatments. John Prince (1863-1911) was a general surgeon who studied in Europe before joining his brother in Springfield. 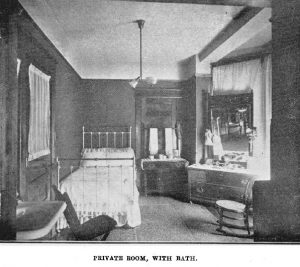 While the Prince Sanitarium always catered predominantly to EENT sufferers, newspaper records show that, early on, its physicians also treated patients for such ailments as “diseases of women,” cancer, clubfeet and other conditions. Once Springfield Hospital (now Memorial Medical Center) opened in 1897, however, the Prince Sanitarium began to limit itself to EENT treatment. John Prince joined the Springfield Hospital staff in 1899, although he also kept offices in the family building.

The Princes opened the sanitarium in an existing 15-room building at Seventh Street and Capitol Avenue in 1890, then had a new structure – three stories with an “English basement” (partly above ground) – built the next year. The building, designed by the Bullard & Bullard architectural firm, stretched 157 feet along the south side of Capitol Avenue west of Seventh Street.

With other expansions, the complex eventually had room for 75 patients. In addition to patient rooms and surgical facilities, other doctors rented offices in the building, and a restaurant was in the basement for some time. 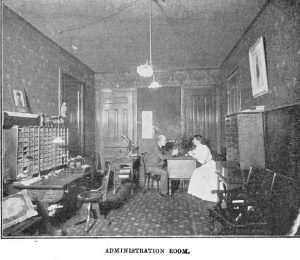 The early Prince complex also included a deluxe bath house open to the public. “Especial attention is given to Turkish, Russian, Electric and Hot Springs baths,” according to a December 1892 advertisement-disguised-as-story in the Illinois State Journal. “The Pine Needle and Sea Salt baths, and Salt Rub, as well as massage, mechanical, manual or oil, may be taken separately or in conjunction with any of the baths.”

A 1907 publication, Clinical Notes of the David Prince Sanitarium for the Eye, Ear, Nose and Throat, explained how the sanitarium operated then.

The Princes didn’t think of their facility as a hospital; it was a “hospitable home,” the booklet said. 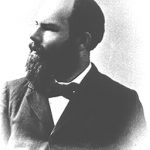 The latter is more satisfactory for patients who are not confined to their rooms, while in cases of general surgery, the quiet and restricted visiting hours of the modern hospital are more acceptable. …

Unlike most hospitals, a spirit of hospitality has been cultured since (the sanitarium’s) inception. There are few restraints, and the patient usually returns home with little to remind him that he has not been away on a visit. …

Men and women are expected to conduct themselves as in a first class hotel.

At the same time, the building was “provided with inter-communicating telephones, electric annunciator system, Stalimon lavatories, X-Ray laboratory, baths and all that goes to make up a modern institution,” the booklet said. Patient rooms were furnished with an innovative flip-up bed that made it easier to change linens and clean floors. 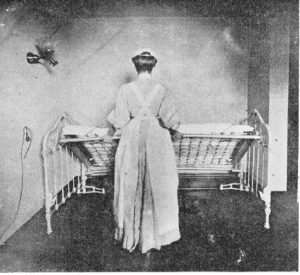 The Prince Sanitarium may have reached the peak of its medical prominence in 1907. Most of the 80-page Clinical Notes is devoted to reports on two physician clinics held at the sanitarium that year, one on EENT treatments, including tonsil removal and eye diseases and surgery, and the other on techniques to repair cleft palates.

Arthur Prince continued to treat patients at the sanitarium almost until his death in 1930, and the building remained a popular spot for doctor’s offices for several decades. But the patient count already had fallen off by the late 1920s, when newspaper ads began offering sleeping rooms in the Prince Building for $25 or $30 a month.

By the 1970s, the increasingly dilapidated building largely housed single-room-occupancy apartments. Springfield Optical Service, which ended up being the building’s final tenant, was the last reminder of the Princes’ original purpose. 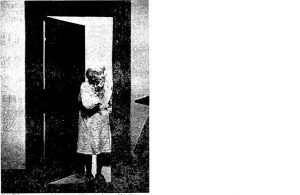 State Journal-Register reporter Fran Bernard wrote about the Prince Building’s other tenants in December 1977.  The building, she said, had for decades “maintained an air of respectability with sleeping rooms and two and three room apartments intermingled with offices on the upper three floors.”

The transition from this to the present “awful tumble down old building,” as one tenant described it, had been so gradual that those few occupants still left had hardly noticed it.

They didn’t see the crumbling plaster, the antiquated plumbing, the rickety stairways leading to the high-ceilinged hallways with floors that tilted like the deck of a sinking ship at sea.

They saw a building with rooms within their meager means, rooms with good heat for a cold winter day.

A building close to downtown so they could get out and walk around and see people once in a while.

A building with an elevator, shaky though it might be, so their tired and crippled legs needn’t struggle up long flights of stairs.

They look out for one another, develop a sense of community within the walls of their common residence. And so, when they must pick up stakes and move on, they suffer the pangs of loss of friendship as well as loss of income.

Less than a dozen are left and they’re packed, ready to go.

The Prince Building was demolished in December 1978. As of 2018, the site was a parking lot.

Correction: This entry has been edited to correct the relationship between A.E. and John Prince.

Hat tips: To Bob Berry of Springfield, who drew our attention to the Clinical Notes of the David Prince Sanitarium and reminded us of the need for a SangamonLink entry about the building. And to William Cellini Jr. for photo research.

This entry was posted in Buildings, Medicine. Bookmark the permalink.