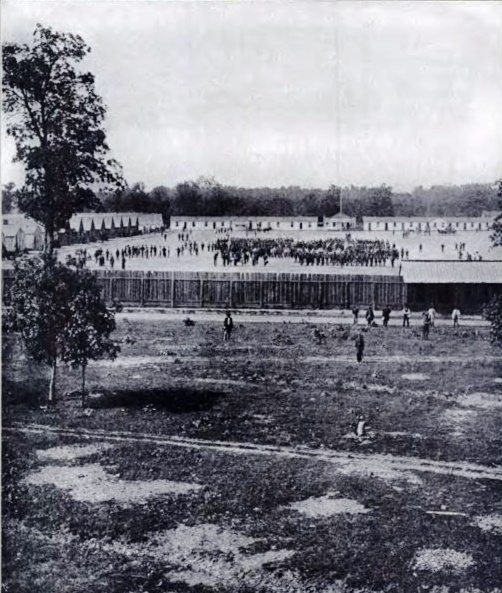 Camp Butler in action (this and the second period photo below are from the Photographic History of the Civil War in Ten Volumes, 1911. However, captions on both photos say U.S. Grant did part of his Springfield service at Camp Butler. That’s incorrect. Grant and his regiment marched out of Camp Yates on July 3, 1861, a month before Camp Butler opened.) Photos and map provided by Chuck Stone

At the start of the Civil War in 1861, states scrambled to build training facilities for the influx of raw recruits.  Springfield’s first attempt at a location was Camp Yates, an area bordered today by Washington, Governor, Lincoln and Douglas Streets.

However, neighbors complained that soldiers from the camp destroyed their fences, stole chickens and fruit, and wandered the streets drunk. The camp also was too far from the railroad lines needed to move troops in and out of the city. 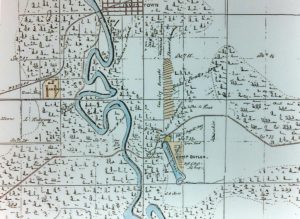 According to a history on the website of today’s Camp Butler National Cemetery, General William Tecumseh Sherman came to Springfield to identify a new training site. Gov. Richard Yates (for whom Camp Yates had been named) delegated state Treasurer William Butler (1798-1876) to assist in the search.

Sherman and Butler located an area east of Springfield that suited the bill nicely. It had both high and open ground and clean water and was away from residential areas.  The ground was on the banks of and north of Clear Lake, south of Jamestown (now Riverton).

Sherman reportedly made the decision to name the site Camp Butler, in honor of the treasurer.

The first troops arrived at Camp Butler in early August 1861. By the end of the month, more than 5,000 troops were training there. Infantry, artillery and especially cavalry trained at Camp Butler. The site included barracks, training and parade grounds, stables and officer quarters.

When the troops’ training was completed, they marched into Jamestown, known more commonly as “Jimtown,” where they boarded trains at the Wabash Railroad depot to go to the war. Jimtown and Springfield also provided respites when the troops had any free time. 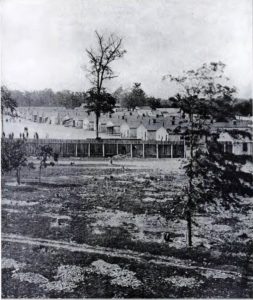 Photographic History of the Civil War in Ten Volumes, 1911

As the war progressed, 15 acres of Camp Butler were converted to a prisoner of war compound. The first 2,000 Confederate prisoners arrived there in February 1862, following the Union Army’s conquest of Fort Donelson, Tenn. Another 1,000 arrived after the capture of Island No. 10 (Missouri) in April. Prisoner exchanges emptied the camp by October, but an estimated 1,665 new Confederates were sent to Camp Butler in early 1863.

Many of the prisoners and even some Union soldiers died of disease and exposure. A historic marker at the cemetery today says:

Barracks were often full, forcing prisoners to live in tents. Illness reached epidemic proportions – pneumonia was a constant problem. When the last Confederate prisoners departed on May 19, 1863, more than 800 of their comrades had been buried in the prison cemetery, victims of inadequate facilities, poor sanitation, and disease. The end of the Civil War in 1865 also brought an end to the sprawling camp. By 1866, most of the training camp had been demolished, and waithin a few years, nothing was left as a reminder of the important activities that transpired there.

Today’s Camp Butler National Cemetery is just northwest of the training camp grounds. It is the final resting place for many Union and Confederate soldiers, along with about 20,000 veterans and their spouses from other eras.

This entry was posted in Historic Sites, Military. Bookmark the permalink.