The Springfield Survey was a massive study of local schools, prisons, and other institutions undertaken in 1914 by the Russell Sage Foundation with the help of hundreds of local volunteers.

The survey was initiated by a group of Springfield citizens who were dissatisfied by social conditions in the city. The local committee that supervised the work was chaired by state Sen. Logan Hay, and more than 120 volunteers — nearly all of them women — collected data, a process that lasted from March through early July 1914.  Another 600 people helped present the survey results in an exhibition held in late November and early December at the Illinois State Arsenal. 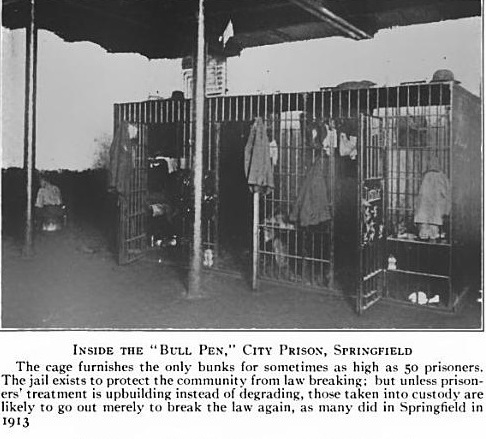 Survey results were reported in nine pamphlets, one for each of the study topics: schools, care of “mental defectives, the insane and alcoholics,” recreation, housing, charities, industrial conditions, public health, the correctional system, and city and county administration.

Not surprisingly, the survey found defects in many areas (the city’s park system was a notable exception). Some problems were simple to deal with – for example, chalkboards in school classrooms were almost always placed too high on the walls, convenient for teachers but not for students. Others were more complicated.

Dr. George Palmer, a Springfield physician who was president of the Illinois Public Health and Welfare Association — and whose work on a study of public health in Springfield paved the way for the larger survey– summarized some of them in 1920.

A few years ago … most of the citizens went calmly on with the assumption that the local conditions were quite as good as they need be … A cigarmaker held the job of health officer; saloons operated on Sunday in violation of the state law but with the sanction of the city officials; a red light district stretched along the streets traversed by the incoming passenger trains of four railway lines, the houses so boldly labeled that there could be no doubt as to their character. Shallow wells and privy vaults were unrestricted. … (T)yphoid fever prevailed to an inexcusable extent, and a shabby pest house opened its inhospitable doors to those sick with communicable diseases – a pest house perched on a hill with the open town branch sewer on one side and Oak Ridge cemetery on the other, with nearby slaughter houses and rendering works making their presence known to the afflicted.

The survey also simply ignored other aspects of civic life. Discrimination aimed at African Americans gets only a passing glance (in the Housing pamphlet), and, remarkably, the survey never mentions the Springfield Race Riot, which had taken place only six years earlier.

At the conclusion of the survey, organizers put on a 10-day public exhibition of the results at the old Illinois State Arsenal. Features included questions-and-answers with “Father Springfield,” a model school playground (with actual students playing), theatrics, even a map showing the locations of billiards parlors (“youth traps in the heart of Springfield”). 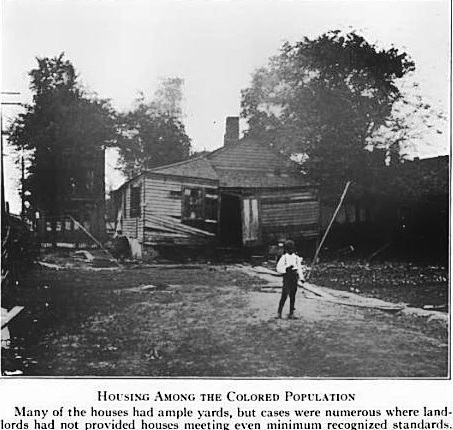 The exhibition was publicized by essay contests and newspaper questionnaires, and transportation to the show was free. An estimated 15,000 people attended. (Vachel Lindsay contributed a description of the exhibition to the December 1914 issue of The Survey magazine; see p. 316 of the linked volume.)

Shelby Harrison of the Sage Foundation, one of the survey’s organizers, included a table listing preliminary results of the survey — he identified 42 actions taken due to survey findings — in a 1917 article, “In Lincoln’s Home Town: How the Springfield Survey Went About Getting Results.” A final summary, which included more descriptions of local responses to the survey’s findings, was issued in 1920.

As a sociological technique, the Springfield Survey was a dead end. The Sage Foundation, the main national proponent of large-scale civic surveys, ran into financial reverses in some of its other initiatives, and sociology in general adopted other research approaches.  “The Social Survey Movement, which flourished between 1912 and 1930, … (lost) its impetus in the latter 1920s and … virtually disappeared by the mid-1930s,” according to Private Funds, Public Purpose: Philanthropic Foundations in International Perspective,” published in 1999. 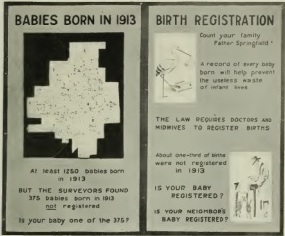 For Springfield, however, the survey had more impact. Palmer, in a commentary published in the  summary volume, outlined improvements prompted by the survey, especially in education, charity involvement, and law enforcement/recreation. (“One of the most notorious of the old-style burlesque theaters, purveying wine, woman and song as it is seldom done in this generation, has modified its methods of operation until it is no longer an open scandal,” he wrote.) He concluded:

No one can measure the influence of the Springfield survey on the people of the community. That will be told in coming years. … But I cannot resist the feeling that the survey performs its greatest good in outlining the course of communities that have already had their first civic awakening; by directing the course into safe channels of those communities so thoroughly aroused that “they don’t know where they’re going, but they’re on their way.”

In Lincoln’s Home Town: How the Springfield Survey Went About Getting Results

See also: March 2, 2014 State Journal-Register article about the 100th anniversary of the survey. The SJR’s coverage included a gallery containing 47 photos and other images from the survey.