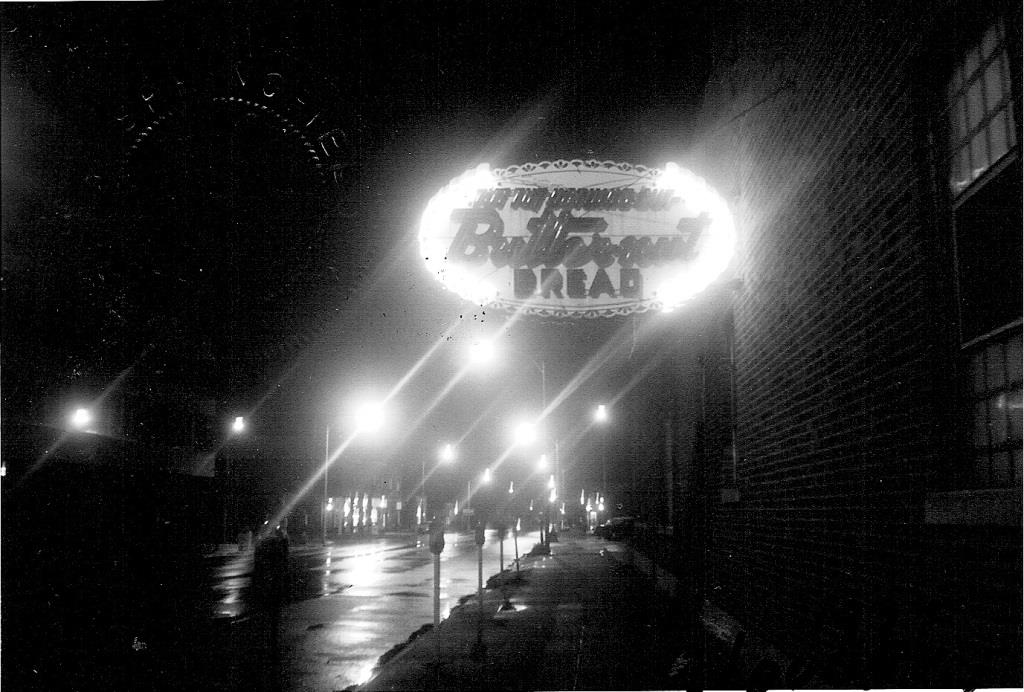 George S. Connelly & Co. began baking bread in an L-shaped building surrounding the corner of Second and Jefferson streets in 1913 or 1914. The Springfield area would eat Butternut bread baked there for almost 60 years. 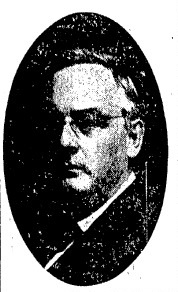 George S. Connelly (1849-1918*) opened a one-room grocery store at 417 E. Monroe St. in 1869, later expanding to another room, then adding a meat market and restaurant. When he died, the Illinois State Register said the business was “one of the largest and most up to date grocery stores in Springfield.”

Bakery-made bread was safer than that baked at home, Connelly and other bakers argued, because homemade bread too often had unsanitary raw or partially cooked dough in the middle of the loaves.

Connelly Baking Co. boosted production after constructing the Jefferson Street building a decade later. A 1916 newspaper advertisement bragged that the public could watch the breadmaking process through the glass front of the bakery at 127 E. Jefferson St. Butter-Nut was “made clean, baked clean, wrapped clean, sold clean, is clean,” the ad boasted.

Connelly’s operation was turning out 1,000 loaves of bread daily by 1919, when George Connelly’s heirs decided to focus on the retail end of the business. The bakery was sold to the Schulze Bread Co., which announced plans to expand further, while still specializing in the Butternut brand. At the time, Schulze had wholesale bakeries in Chicago, Omaha, Kansas City, Grand Rapids, Cincinnati and Peoria. 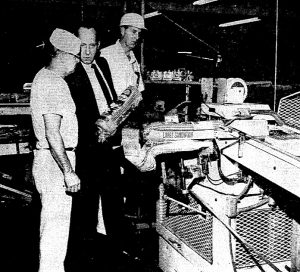 Bakery general manager George Cassem holds a loaf of bread at the bakery, 1971. Baker Fred Gillmore is at left and production manager Robert Janzen on the right. (Courtesy SJ-R files)

Springfield’s Butternut plant continued to operate into the 1970s. A 1971 Illinois State Journal article said the bakery had 120 employees and distributed bread in a wide area south of Springfield. A Peoria bakery served areas to the north.

However, the Springfield plant was landlocked, and Interstate announced that its baking operations would be transferred to Peoria in September 1972. Bread continued to be distributed from Jefferson Street for several more years, but Interstate Brands gradually moved that to sites with better access to highways.

As of 2017, the building – whose glass front has long been bricked over – was being used for storage by Isringhausen Imports, a luxury car dealership based across Second Street. The last reminder of the bakery was Bob’s Butternut Hut, a bar at 215 N. Second St.

*George S. Connelly died Nov. 3, 1918, according to his Illinois State Register obituary. The obituary also gives his birth date as Feb. 8, 1849. Connelly’s gravestone at Oak Ridge Cemetery bears the wrong dates for both his birth and death.

Hat tip: To reader Heidi, who reminded SangamonLink that we had promised to research Springfield’s Butternut bakery. Thanks for the followup.