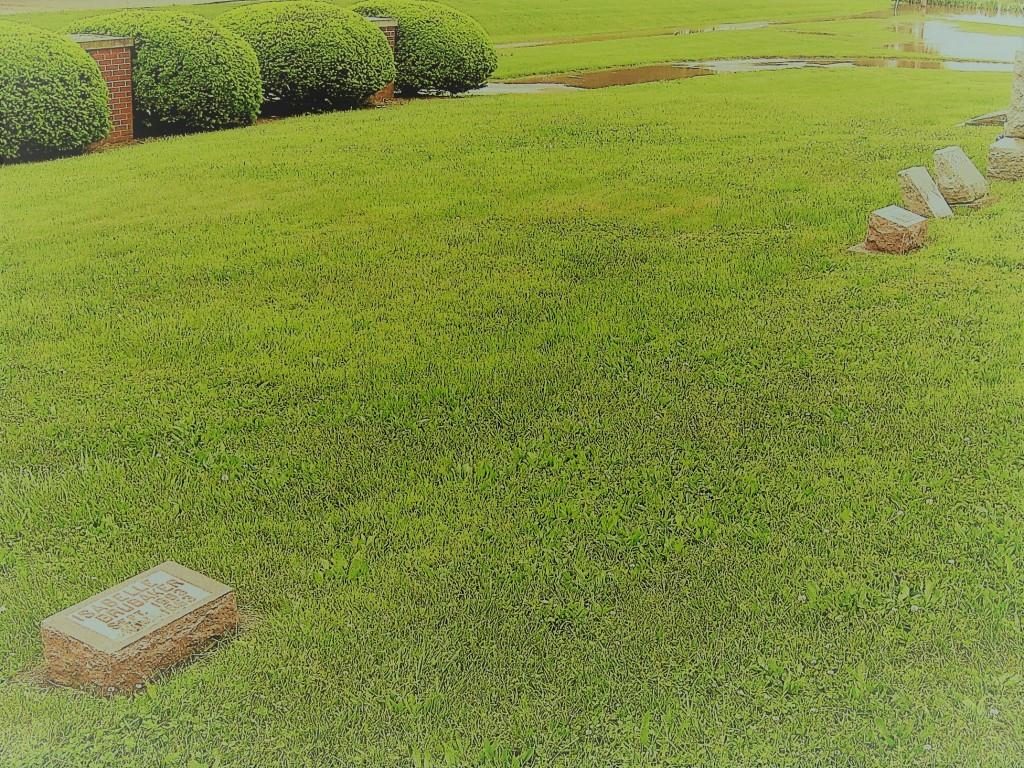 The headstones of Isabelle and (background) Doran Brubaker lie almost 20 feet apart, separated by the unmarked graves of their children who died young, at Pleasant Hill Cemetery (SCHS)

Seven young people – six siblings and a cousin – were killed on June 5, 1928, when the car they were in drove in front of a southbound Interurban train near Auburn. The car was traveling west on Divernon Road.

The train’s motorman, Harry Whelen, told authorities the car hesitated as it reached the Interurban track, then suddenly lurched onto the rails. 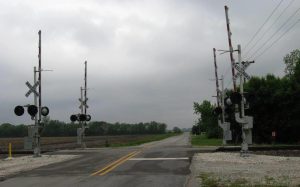 The Brubakers were the children of Doran and Isabelle Brubaker, who farmed near Virden. The group was returning home from a visit to Della Brubaker Miller, a married sister who lived near Divernon.

Whelen described the accident to the Illinois State Journal:

I saw the auto coming but it slowed up at the crossing and I thought it had stopped and consequently I went on. When I almost reached the crossing, the auto seemed to jump forward, right in front of our car. We hit it squarely, and when I stopped, they were dead.

The driver probably was the oldest boy, Samuel, although authorities said it was possible that his younger brother Doran, who reportedly was learning to drive, was behind the wheel. “Whether (the) car skidded or was out of control was hidden in the crash,” the Journal’s story said.

All the victims except June and Doris (who were too young) were members of the Virden Church of the Brethren. The church’s Gospel Messenger reported the tragedy on June 23, 1928.

All of the bodies were more or less mangled, two of them so much so, that they could not be viewed by friends. The funeral for all of them, was held at the Church of the Brethren in Virden, on Friday, June 8, and conducted by the writer (E.F. Caslow – ed.), assisted by Bro. H.B. Martin, former pastor. The bodies were laid to rest in the Pleasant Hill cemetery. The six Brubaker children (two in each casket) were placed in one grave; the Wiley boy was buried on their lot nearby. The funeral was attended by approximately 1,500 people, and it is estimated that over 2,000 people were present at the cemetery.

Brother and Sister Brubaker, who now have but one little boy left with them in the home (the oldest girl is married and in her own home), have the sympathy of the entire community and the prayers of the Christian people in this almost unbearable bereavement.

Sister Wiley is a widow, and this was her only child. In a very special way these circumstances draw upon the sympathy of the community. The Lord be praised for tender, sympathetic hearts which have responded most nobly in this time of deep grief.

This entry was posted in Children, Disasters, Railroads, Transportation. Bookmark the permalink.