Harriett Reid of Springfield placed first in the 1918 examination for arbitrator with the Illinois Industrial Commission. But when the commission decided to hire two more arbitrators in 1920, it advertised that it wanted men for both posts. 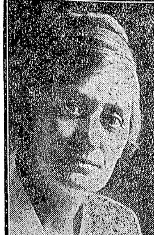 That set off a firestorm of protest by Illinois’ recently empowered women – the women’s suffrage amendment to the U.S. Constitution had been ratified only a few months earlier – and the commission had to back down. Reid (1878-1962) became the state’s first female arbitrator (arbitrators, then and now, review workers’ compensation claims before they’re presented to the Industrial Commission itself), and her appointment set the precedent that women could not be denied state jobs solely on the basis of gender.

Reid had laid the groundwork for her campaign with a decade of activism in Springfield on behalf of women’s suffrage, labor unions and progressive causes in general. She played leadership roles with the local chapters of the Suffrage Amendment Alliance of Illinois and the Central States Cooperative Society, as well as the Springfield Public Ownership League (it supported municipal ownership of the water and light utilities). Reid chaired the Sangamon County Woman’s Party.

In 1914, Reid was one of the first two women to file for a local government office – assistant township supervisor – the year after women won the right to vote in local elections in Illinois (she dropped out before the ballot was finalized). She was in demand as a speaker on suffragist issues and topics like “Civic Responsibilities of Women.”

She also demonstrated a sense of humor, as in an opinion article she wrote for the Illinois State Register after the Springfield Park Board ordered in July 1916 that women must wear skirts when swimming at the new Bunn Park bathing beach.

“Many people still consider a woman immodest unless she wears skirts to the ground and moves like a churn on castors,” Reid wrote, going on to suggest that men should try swimming in waterlogged skirts before demanding that women do so.

The test for arbitrator, as the Illinois State Register said when Reid finally won the job, had caused the state “more trouble in the last two years than any other position in the state service.”

One eligibility test was given in April 1918. Two days earlier, however, one of the applicants had walked into the governor’s office with a typewritten list of the questions to be on the test. When the commission administered the exam anyway, Lowden canceled the eligibility list. A second test was given that July; that was the one on which Reid received the highest score.

Before the new exams could be graded, however, protests, organized by such friends of Reid as Chicago suffragist Catherine Waugh McCullough, began pouring in from women around the state. In Springfield, the Illinois State Register, whose news columns were directed by Willis Spaulding’s reliable ally, V.Y. “Vin” Dallman, took up Reid’s cause:

Before the women could invade Springfield, however, Lowden summoned Industrial Commission member Omer Custer from his home in Galesburg. After a day of closed-door meetings at the Statehouse, Custer delivered a statement in which he denied that the commission originally turned down Reid solely because of her gender. It’s hard to read the rest of Custer’s statement any other way, however.

The board … was considering the fact that the place requires a person who can stand a heavy physical strain. There is much traveling to be done. A person holding the place must travel from city to city to hold hearings. It is really a hard position. But it is not for the industrial board to decide whether she can stand the strain or not. She is highest on the list and will get the place.

Reid took up her post shortly after her appointment in December 1920. In an interview with the Register the following March, she said a lawyer asked her in an early hearing what she should be called: “arbitratress” or “arbitratrix?”

“A few minutes later, an Italian solved the question for him,” the story said. “Asked if he understood the meaning of an oath, he replied: ‘Yes, it means I am to tell the truth to the Lady Albatross.’”

Reid, who moved to Chicago after her appointment, remained an arbitrator until 1937, when she was fired in a patronage move. Reid appealed, arguing she was protected by the same civil service regulations under which she had been hired, but Attorney General Otto Kerner Sr. (father of the later governor) ruled she was not a certified civil service employee. Reid, however, was replaced by another woman – the daughter of former state Democratic leader Roger Sullivan.

Reid moved back to Salem, Ind., to live with her aging father and sister. She is buried in Salem’s Crown Hill Cemetery.