The first rural mail deliveries in Sangamon County – in fact, in all of Illinois – took place in the Auburn area on Dec. 10, 1896. 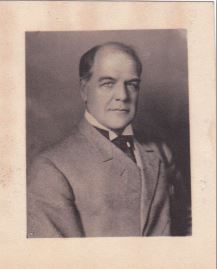 Rural Free Delivery, as it became known, started as a nationwide experiment, one many postal officials doubted would work. Congress, however, appropriated $40,000 to try the idea, and the post office set up 44 trial districts in 29 states. Auburn was selected as the test district in Illinois partly because the U.S. assistant postmaster general was Frank Hatch Jones of Springfield, according to a story in the May 13, 1903, Illinois State Journal.

(A)lthough without faith in the feasibility of the service, (Jones) desired that the plans should be given as favorable an experiment as possible and, accordingly, selected as a location for the trial in Illinois his home county, where he could personally look after the work.

Auburn’s main rival to host the test was Pleasant Plains. However, when postal officials opened bids from potential carriers, only one – from Samuel Lewis of Auburn – met the post office’s cap of $300 per year. Lewis couldn’t cover the entire territory himself, so Auburn postmaster W.T. Brooks recruited Allen Hatcher (1829-1900) and Floyd Lorton to deliver the rest of the rural mail at the same $300 rate; Lorton, however, lasted only six months in the job.

The Journal described the first day of rural delivrey in its 1903 article (which focused on Lewis).

On the morning of Dec. 10, 1896, the Auburn postoffice was a scene of busy worry. No regular routes had been surveyed and the task of dividing up the territory so that all of the country people who got their mail at Auburn could be served by the three carriers devolved upon the postmaster and the carriers themselves. The mail on hand that morning was, accordingly, divided among the three as seemed most proportionate and the men set out. 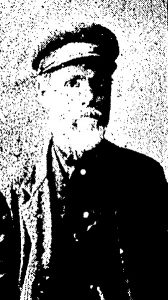 All three rode horses on their routes, although the routes themselves were informal. Each carrier “went about delivering in the way which seemed best to himself,” the Journal reported, opening gates and crossing fields as necessary.

Lewis, from the fact that he was better acquainted with the country than the other two, volunteered on this first day to carry more of the mail than justly fell to his share. The start was made at 10 o’clock and it was long after dark before he delivered the last piece of mail and rode into town, completely exhausted by his long ride and quite in the humor, as he expresses it, “to turn over his job.” However, next day a more equitable distribution of the mail was made and thereafter everything ran smoothly.

Despite the initial skepticism, Rural Free Delivery was a success. Rural routes were made permanent in 1898 – and some tougher rules went into effect as well.

“The patrons themselves have been compelled to substitute for the cigar boxes used at the beginning of the service modern mail receptacles which are proof against the weather,” the Journal noted in 1903.

Frank H. Jones, born in Pike County in 1854, moved to Springfield, where he practiced law and became a prominent Democrat, winning election to the Illinois House in 1890. Jones, a supporter of Grover Cleveland, was named first assistant postmaster general following Cleveland’s inauguration to his second term in 1892. After his Washington, D.C., stint, Jones became a banker in Chicago, where he died in 1931.

Samuel Lewis (1839-1912) was born in Kentucky, but his family moved to Sangamon County when he was young, and he was reared on a farm near Auburn. He served with the Illinois 12th Cavalry Regiment during the Civil War. The Journal’s 1903 profile said Lewis was a strong advocate for rural mail delivery, but noted that his experiences hadn’t been all positive.

During the seven years of his service, Lewis has had an excellent opportunity to observe the standpoint from which the average citizen regards a public servant. He has had many unpleasant experiences owing to the habit which people fell into of blaming him with all the discrepancies of the public service.

Lewis relates one amusing incident the first week he carried the rural mail. One patron stopped him to purchase a dime of postage. On being given five stamps he looked up with ill-concealed disgust and exclaimed, “Why, I get that many for a dime at Auburn.”

Lewis is buried in the Auburn Cemetery.

Correction and hat tip: The photo SangamonLink originally identified as that of Frank Hatch Jones was actually of Algernon Sartoris, Nellie Grant’s first husband. We have replaced the incorrect photo with an accurate one.

Thanks to Judy Wagenblast for pointing out the error, and our apologies.

This entry was posted in Communities, Politics, Prominent figures. Bookmark the permalink.