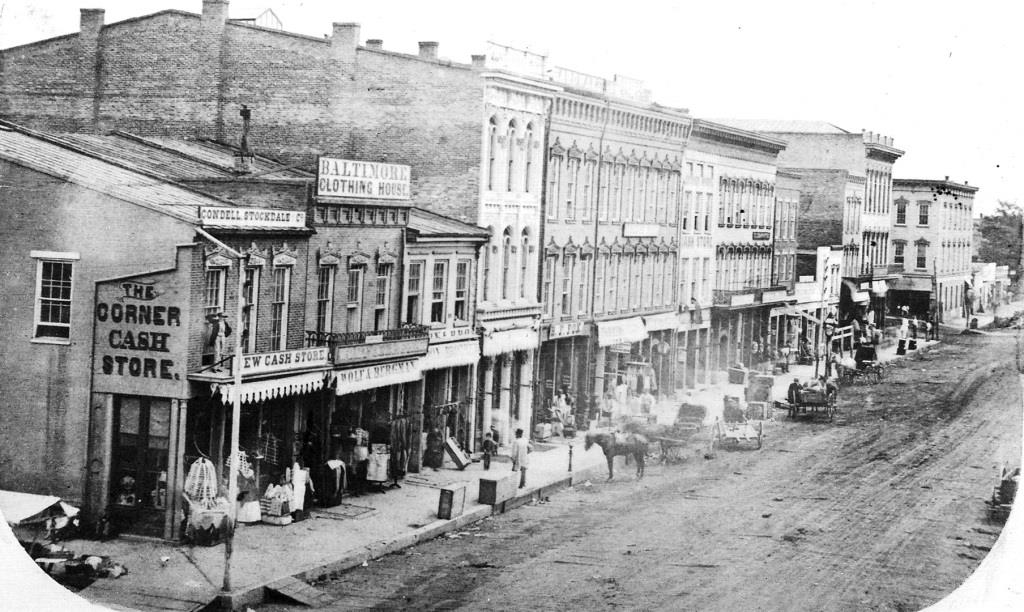 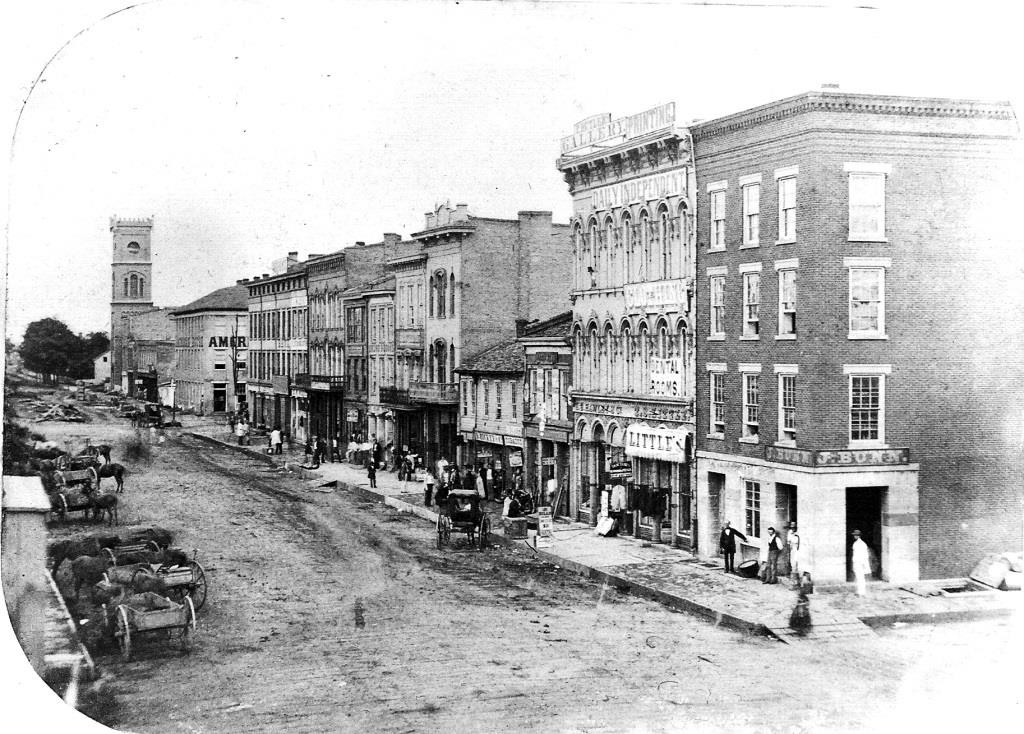 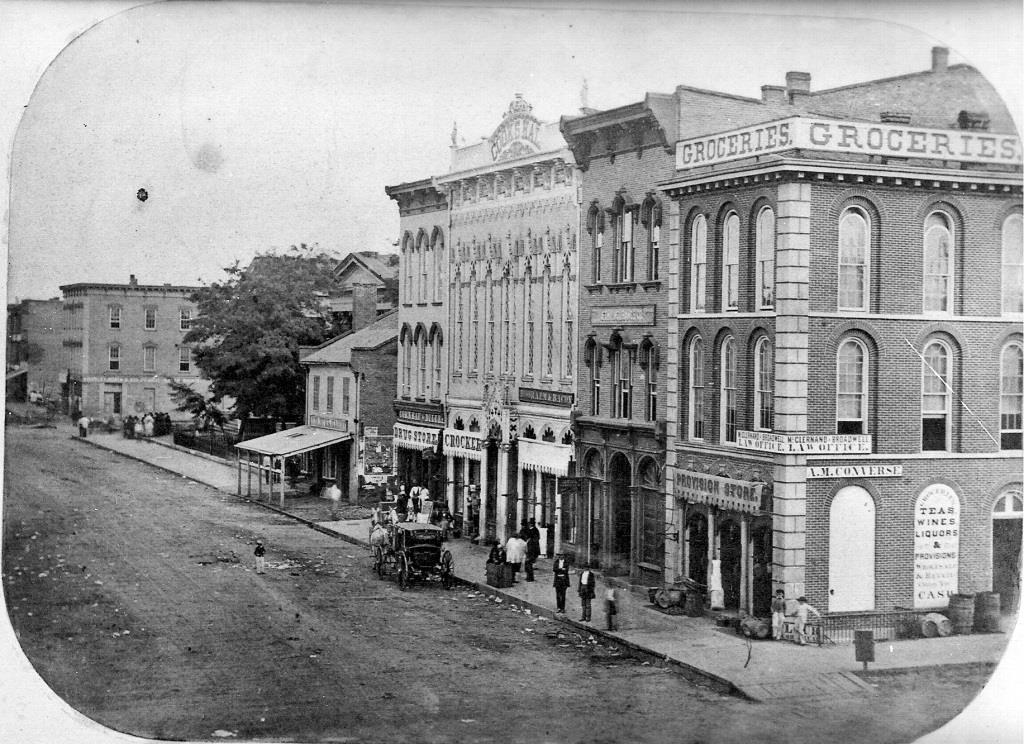 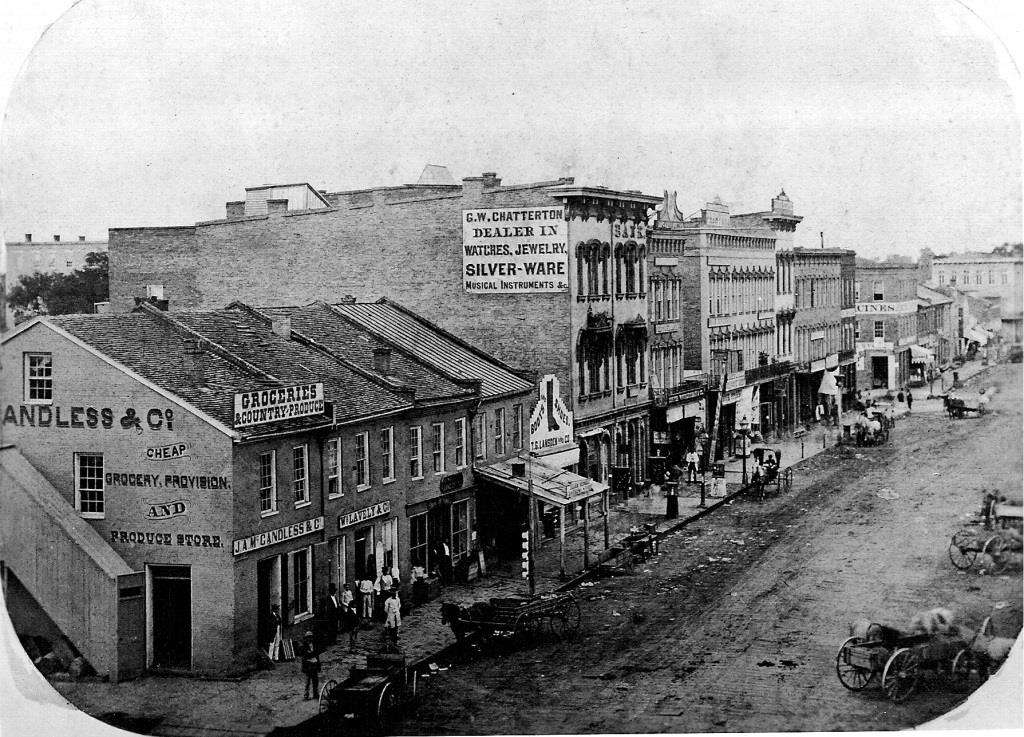 These photographs showing the four sides of the public square in 1859 are the most frequently viewed scenes of Springfield life during the years Abraham Lincoln lived in the city. They were taken by Preston Butler (1818-??), who had a daguerreotype studio on the square from the mid-1850s until the mid-1860s.

Butler is best known for several portraits he made of Lincoln himself, including one thought to be the last image of the beardless Lincoln, taken on Aug. 13, 1860.

This entry was posted in Architecture, Buildings, Lincoln, Abraham. Bookmark the permalink.