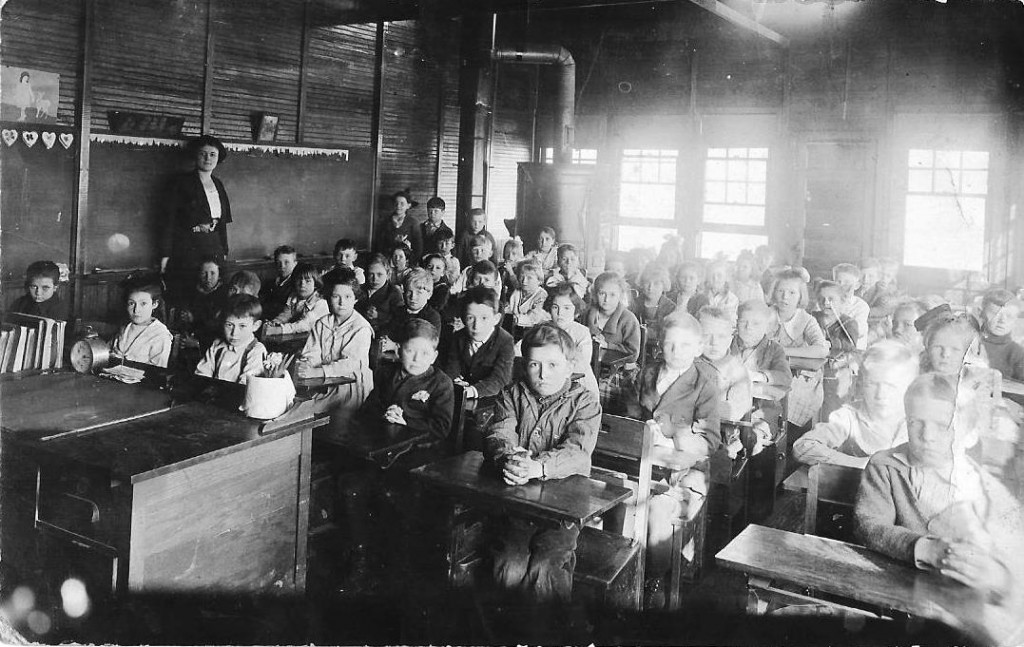 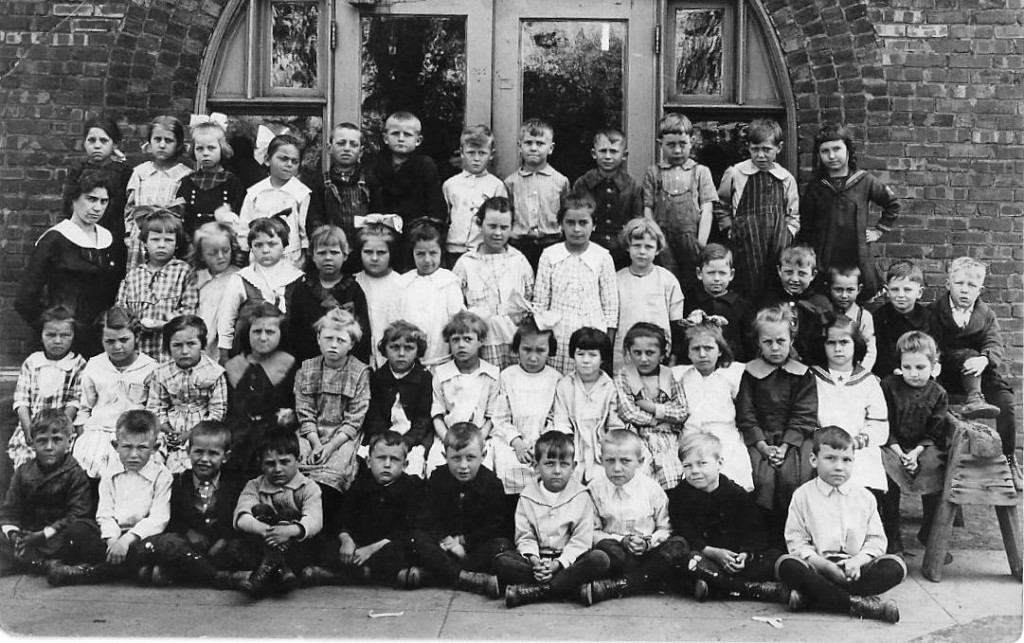 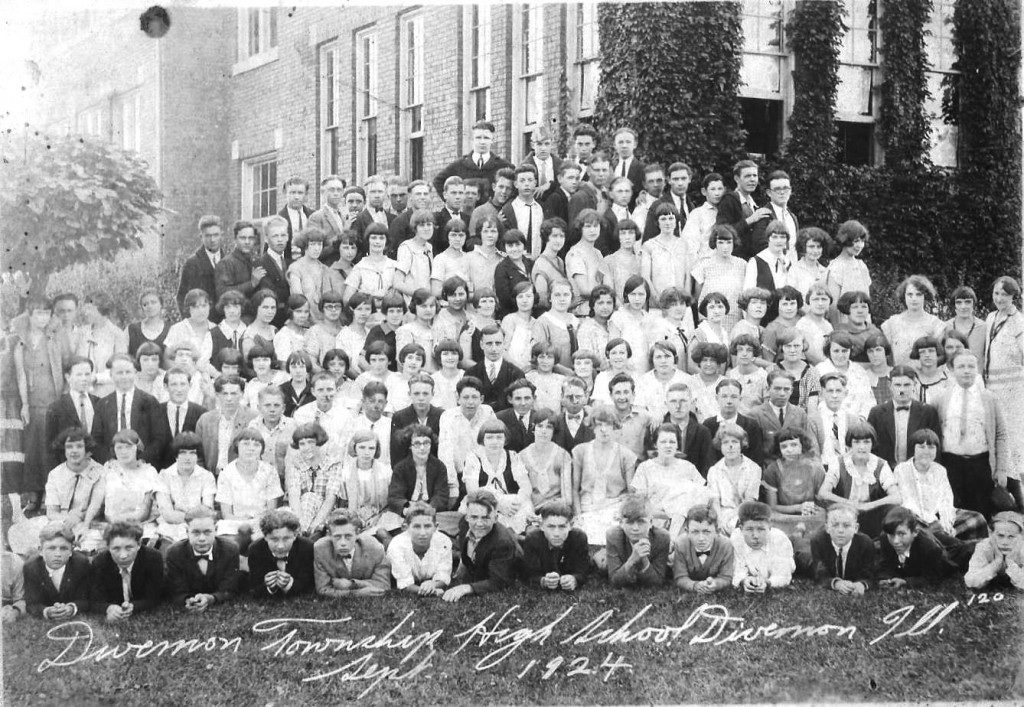 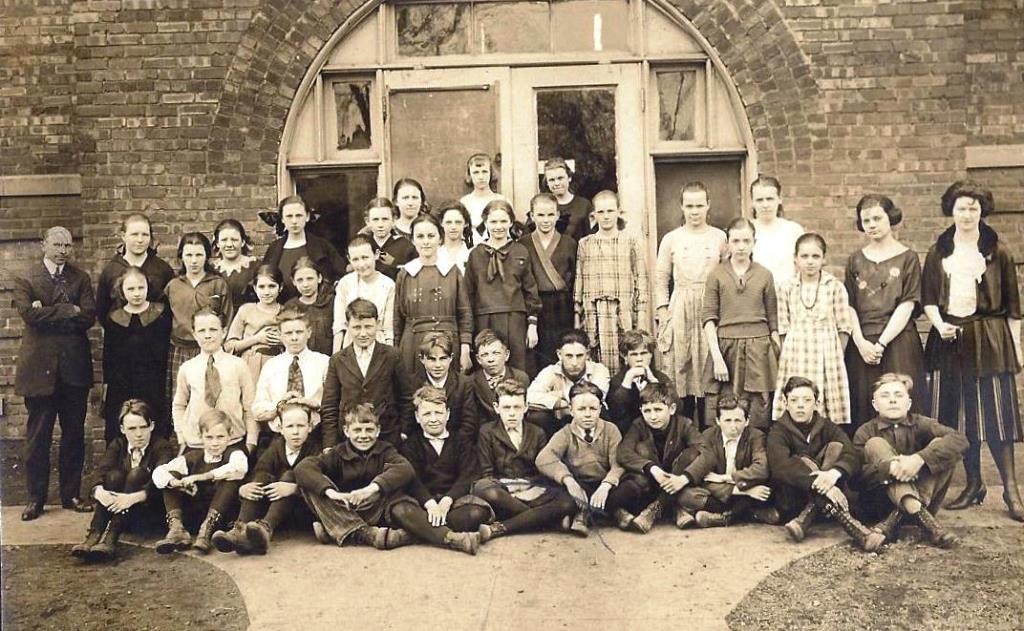 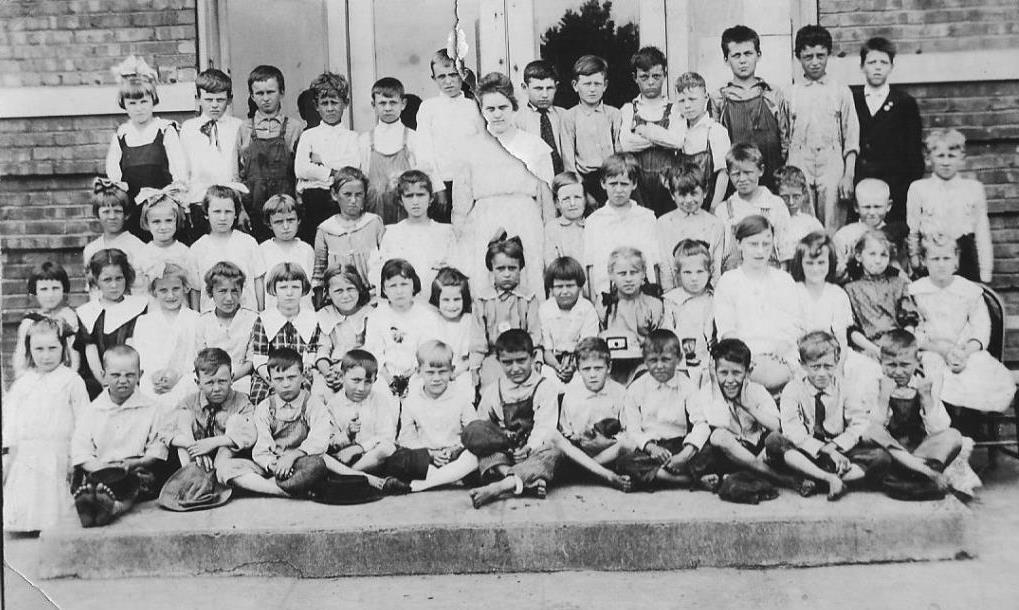 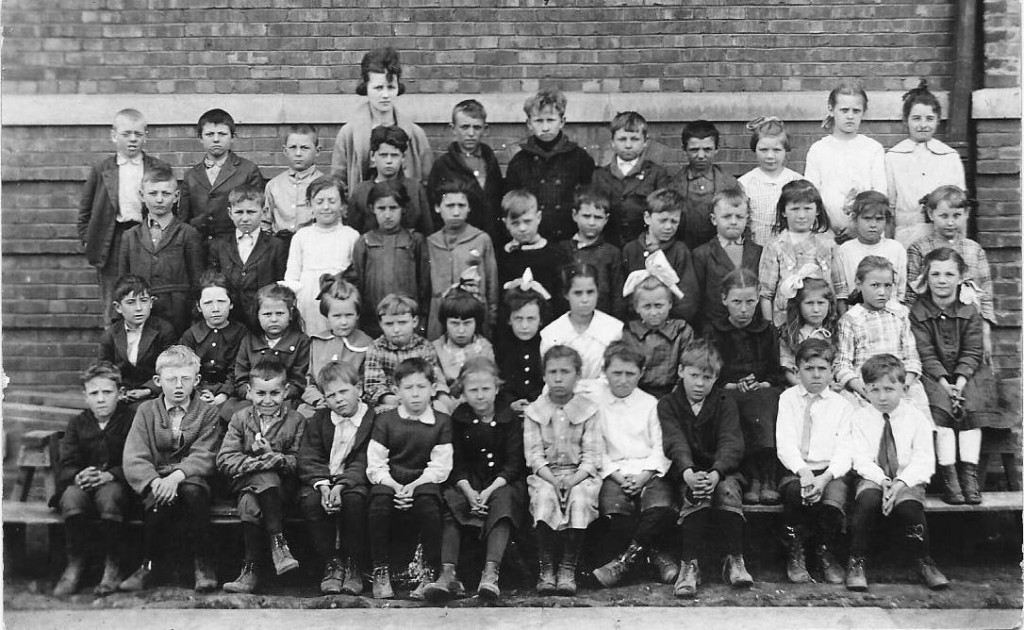 The above photos of Divernon school students were provided by John Faber. Students’ identifications (except for a few relatives of Mr. Faber) are not available.

Divernon opened its first school in 1887, but school enrollment began to jump after the Madison Coal Co. opened its Divernon mine in 1900.

A second school building opened on the town’s east side in 1901. As more mine families moved into the area, Divernon built a modern high school in 1912 and then replaced its first school with a new west-side building in 1917. Two “temporary” buildings later were added to the east-side campus.

According to David M. Brady’s Divernon: Its Place in Time (2000), the Divernon schools reached their peak enrollment, about 700 students in town, plus more in the country schools, in the early to mid-1920s.

“The Divernon News even included articles pleading for larger schools and more teachers,” according to the last (graduating class of 2007) Divernon High School yearbook. “These pleas went unanswered. This was disheartening, especially for Ms. Bryan Knuckey, the sixth grade teacher, who taught 64 students.”

Overcrowding ceased to be a problem when the coal mine closed in 1925. The community almost immediately lost an estimated two-thirds of its 3,600 residents.

Divernon opened a new elementary school in 1968 and completed a major addition to the school in 2000. However, a continued steady decline in enrollment led to the Divernon School District’s annexation by the neighboring Auburn district in July 2007. 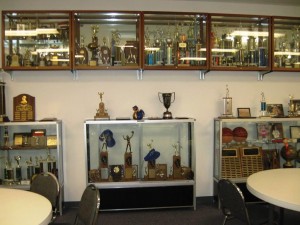 Photos of Divernon High graduating classes, along with academic and athletic trophies won by Divernon students over the years, now are housed in the Divernon Masonic Lodge and Carl R. Herlan Community Center in Divernon. A few high school yearbooks, including the last one, are available in the Sangamon Valley Collection at Lincoln Library.

This entry was posted in Coal mines and mining, Communities, Education, Photos and photosets, Schools and school districts. Bookmark the permalink.