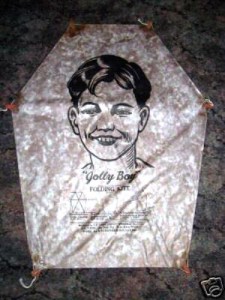 The key to the company’s success was an innovation developed by founder John C. Ayling (1860-1921) —  a process for folding kites so they could be shipped at low cost and with little breakage. (Several patents were issued to protect Ayling’s idea.)