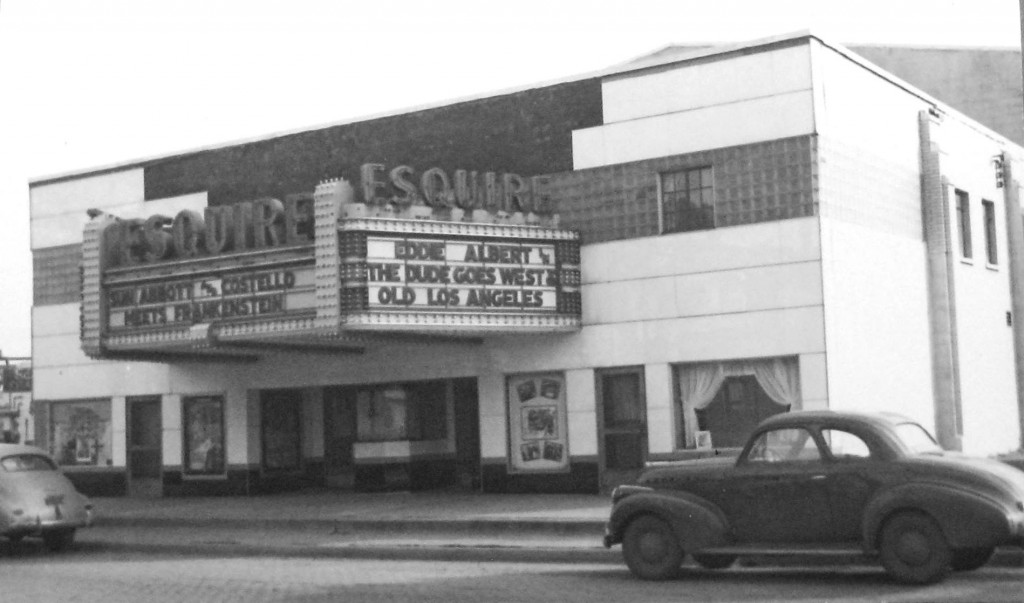 Kerasotes Theaters of Springfield and Frisina Amusement Corp., founded in Taylorville, had almost simultaneously announced plans to build separate “suburban” theaters within a few yards of each other near the intersection of West Grand (now MacArthur Boulevard) and South Grand avenues.

Both chains disclosed their plans on May 5, 1937. John Giachetto, executive manager of the Frisina organization, said that chain’s theater, to be named the Will Rogers, was to be built at 904-08 South Grand Ave. W. It was to have 900 seats, two store spaces and five second-floor apartments, and cost about $175,000.

Meanwhile, brothers Gus and Louis Kerasotes disclosed that their theater was set for the east side of West Grand Avenue, just south of what was then called “the curve” at South Grand. The site was on the same block as the planned Will Rogers.

The $150,000 Kerasotes building was to include four store spaces and office suites above the theater.

The Illinois State Journal said the Kerasotes plan was ambitious.

It will be one of the first theaters of its type in the middle west, as it represents a new departure in the field of theatre architecture and construction. The theatre is designed strictly for the presentation of motion pictures and every known scientific development is incorporated in the construction for safety, comfort and the perfect reproduction of talking pictures.

Among other innovations, the theater, unnamed when it was announced, would be fireproof and air-conditioned, the paper said, adding:

The theatre will feature a large lobby, which will enter into an immense foyer and promenade lounge. Lounge rooms for women and a smoking room for men, as well as rest rooms, will be provided for the convenience of patrons.

The auditorium will feature every seat as a “good” seat due to the new type of seating arrangement with the floor bowled in the stadium type which will eliminate sight distortion. It will be equipped with streamline air cushion seats. …

The two theater companies were competing aggressively in Springfield at the time.

However, operators of both chains apparently realized that neither would prosper if they went head-to-head along South Grand. On Oct. 24, a mutual announcement revealed that only the Esquire (the Kerasotes building now had a name) would open as a theater. The Will Rogers building was to be leased by the Piggly Wiggly grocery chain.

The Esquire was to be a second-run screen, according to the October announcement, showing “proved pictures at popular prices shortly after their downtown showings.”

The completed theater opened on Dec. 16, 1937. The feature presentation was “Life of the Party,” with Joe Penner, Gene Raymond, and comedian Parkyakarkus.

The Esquire continued to operate until 2003, although the Kerasotes chain (by then the sole owner), converted it to three screens in 1972 and four in 1978. The marquee was dismantled in 1988.

The opening of the 12-sceen ShowPlace West 12 on Wabash Avenue finally doomed the Esquire. 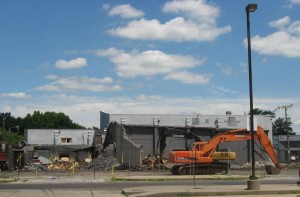 “Basically, we just determined that the Esquire was older and probably needed more work to bring it up to a good state of operation,” Dean Kerasotes told State Journal-Register writer Nick Rogers when the theater closed.

The Esquire was demolished in 2015.

Frisina Amusement Corp. sold its last Springfield theater, the eponymous Frisina Cinema at 3270 Lake Plaza Drive, to an adult-entertainment chain in February 1980. The theater, which had opened in 1967, was eventually renamed the Déjà Vu; it housed strip-tease shows as of 2015.

The company that bought the Frisina, European Investments of Lansing, Mich., also had purchased the State Theater (the old Capitol), 613 E. Washington St., in 1971. The new owners promptly converted the State to X-rated films as well. It operated under the name of the Cinema Art theater into the 1980s.

This entry was posted in Amusements, Buildings, Social life, Theaters. Bookmark the permalink.