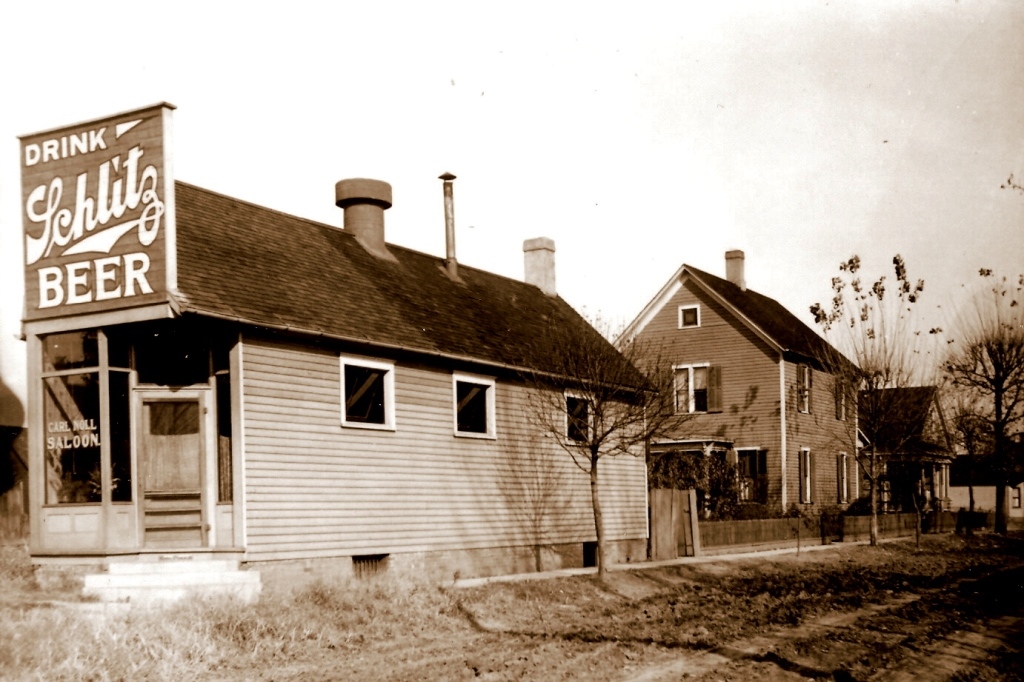 A string of saloon holdups had Springfield already on edge in December 1913, when a shootout with a pair of robbers left two men dead in the Carl Noll Saloon, 1301 E. Reservoir St.

Gun-wielding robbers had held up at least four local saloons over the previous three months, including two in the previous week. As a result, Theodor Noll, the brother of tavern owner Carl Noll, and bartender John Howard had weapons ready when two armed, masked men entered the Noll Saloon about 10:30 p.m. on Dec. 9, 1913.

The saloon, a small structure, was bespattered with gore when policemen and neighbors arrived on the scene. Indications are that Howard, armed with a revolver, and Noll, also armed, began shooting when the armed and masked bandits entered the saloon. When aid arrived Howard’s dead body was found at the east end of the bar. Noll, shot through the head, lay on the floor. …

Noll and Howard, led to desperation by the reports of numerous holdups of saloons in Springfield in the past six weeks, armed themselves for the occasion. Both men are said to have declared several days ago that if bandits entered the place they would have “bad luck.” Noll is said to have carried his revolver in his hip pocket and Howard had his revolver hidden behind the bar. 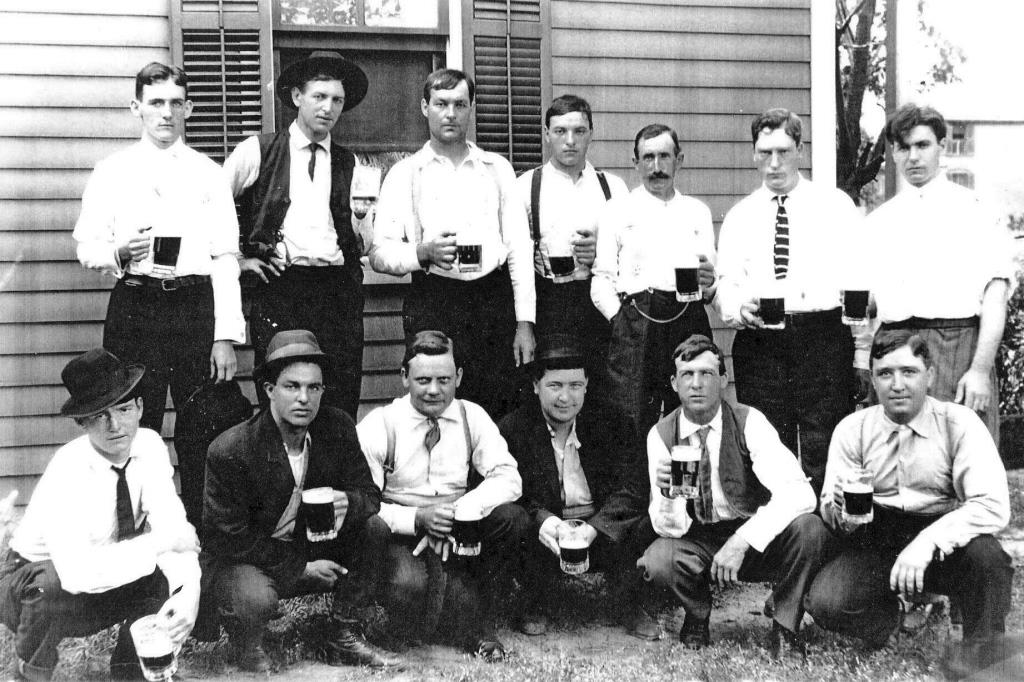 Bartender John Howard is in the top row, third from left, in this photo taken at 1315 E. Reservoir St. Fred Noll, a brother of Carl and Theodor who later operated a market at 1301 E. Reservoir, is at top far right. (Courtesy Kyle Graham)

The only other patron in the bar, identified as Pat Greeley by Kyle Graham, a descendant of Theodor Noll who has extensively researched the murders, hid behind a coal stove when the gun battle broke out. Greeley, who was nearly blind, was unable to describe the robbers, newspaper reports said.

Carl Noll, who had just left the bar, and his 19-year-old son, Herman, rushed toward the saloon with their own pistols, but both misfired. Although the Nolls and several neighborhood witnesses saw the bandits run away, they escaped into the night.

Police threw out a dragnet to try to find the two men, the Journal reported.

The entire city is being searched thoroughly by the police and county authorities. Following the double murder the police searched practically every rooming house in the city in an effort to bring about the fugitives’ arrest. Railroad yards, depots, etc., are to be watched. All day yesterday and last night the police busied themselves arresting all persons who were unable to give a good account of themselves.

Immediate results of the investigation, however, were few. All those questioned – who included the sheriff of Jasper County – were cleared.

In fact, no one was ever charged with the murders, although the strongest suspicion eventually fell on two men, John “J.J.” Newman and George Weams. Newman originally was from the Pacific Northwest, and the younger Weams had lived in Minnesota, where, Graham says, the two met before coming to Springfield.

Newman and Weams were arrested in January 1914 while trying to sell women’s shoes, which had been stolen from the International Shoe Co., at a “resort” – meaning brothel – on North Eighth Street. They also were accused of a street holdup and several burglaries in Springfield and the armed robbery of a Hannibal, Mo., business.

Police immediately set about trying to prove that Newman and Weams had committed the saloon stickups as well. The two generally fit the robbers’ descriptions, and, the Journal reported, “It is a remarkable coincidence, the police state, that on each reappearance of this pair in Springfield fresh crimes have been committed.”

Weams confessed to some of the charges facing him, although he denied involvement in the tavern stickups, including the Noll murders.

Newman, meanwhile, “driven desperate by a grueling daily ‘third degree’ by the police,” as the Illinois State Register put it, escaped from the city jail on Jan. 29. Officers were in the process of bringing one of the victimized saloon-keepers to the jail to possibly identify the two arrestees at the time.

When finally rearrested in Wilmette eight months later, Newman explained to reporters how he got out of the jail. According to the Register:

Fully a dozen police officers were on duty at headquarters at the time Newman got away.

Using his hands to rip about half a dozen laths from the ceiling of the room in which he was held, Newman … climbed through the hole he made in the top of the place and crawled along until he was over the woman’s department (which was empty – ed.). By knocking out part of the ceiling in this part of the prison he got down on to the floor. The door leading to a corridor was unlocked. A few moments later he let himself down to freedom with the use of some of the old bed clothing which he tied to a radiator just opposite a window on the west side of the building.

The main connection appears to have been descriptions of the criminals. In both the train hijacking and several of the saloon robberies, witnesses said one of the robbers was large and heavyset, while the other was noticeably smaller. 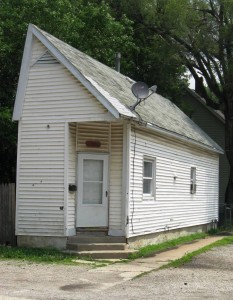 Police, however, said Newman and Weams were in Hannibal when the train was held up and the two were never suspects in that robbery. Two other men were identified as the likely train robbers.

The Noll family continued to operate businesses – a market, a soft-drink emporium, and a tamale stand – at 1301 E. Reservoir St. for decades. The building, still standing, was a private residence in 2015.

*Nov. 9, 1913: James McManus saloon, 1121 South Grand Ave. E. The robbers took $141, two watches, a shotgun and a rifle from McManus and a dozen patrons. McManus, a former police sergeant, was the tavern-keeper police hoped would identify Newman the day he escaped from jail.

Hat tip: Thanks to Kyle Graham, great-great-grandson of Theodor (pronounced Tay-o-door) Noll, who has extensively researched the Noll Saloon murders and provided the historic photos above.

This entry was posted in Business, Crime and vice, Hotels & taverns, Law enforcement. Bookmark the permalink.