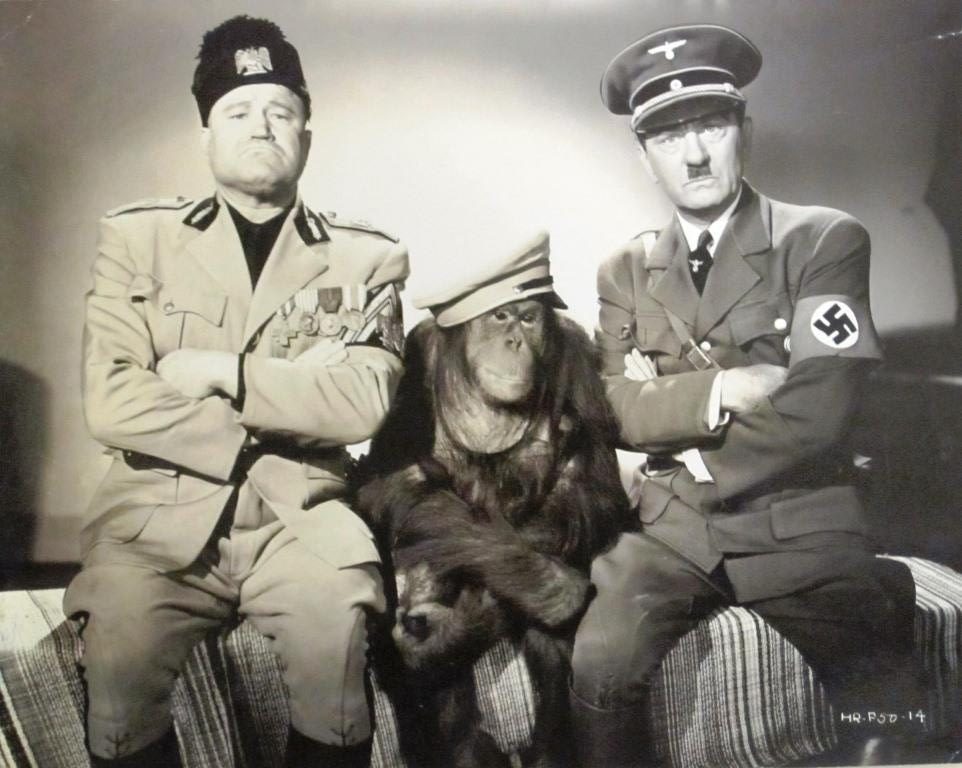 Watson as Hitler and Joe Devlin as Mussolini in The Nazty Nuisance, 1943. (Prairie Archives, Springfield; published by permission.)

The most  colorful account of Watson’s show business career is his IMDB biography, which says Watson got his showbiz start at age 10, when he was the Saturday afternoon peanut concessionaire at Springfield’s  Olympic theater. Unfortunately, IMDB gets several important details wrong, including Watson’s birth name, calling the entire profile into question.

While Watson may have started his performing career at the Olympic, he couldn’t have been a 10-year-old peanut vendor there, because the Olympic, 409-11 E. Jefferson St., apparently operated only from 1904 (when Watson was 16) to 1908. Instead, according to the Illinois State Register, Watson made his first stage appearance – no year was given — at the Gaiety theater, which also opened in 1904.

Watson connected with another Springfield vaudevillian, Eddie Dwyer (1888-1919), and the team went on the road in about 1908. Dwyer was the “eccentric” comedian, and Watson – at first still using the last name Kuecher – was the straight man.

Watson & Dwyer broke up sometime before 1915, when the Register reported Watson was “making good on the Chicago stage.” The newspaper quoted the Chicago Theatrical Review:

When it comes to personality, engaging ways, wearing clothes and making a good appearance, Bobbie (sic) Watson deserves to rank with the best ones. …

It is rumored that Bobbie Watson has been engaged for a big New York revue for next season and if that is true it only testifies to the generally accepted theory that ability cannot be long hidden.

Watson got his big break when he was hired to replace Frank Craven in the 1918 Broadway musical Going Up. The next year, Watson won a lead role in the hit musical Irene, playing a male dressmaker nicknamed “Madame Lucy.” He went on to other plays and then into film starting about 1920 (Watson’s IMDB credits begin in 1925, but that omits such earlier films as 1920’s The Greatest Love, starring Vera Gordon). 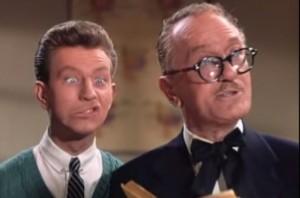 Bobby Watson in Singin’ in the Rain, with Donald O’Connor mugging behind him. (YouTube)

IMDB was accurate in one summation of his career: “Bobby Watson is one of those versatile actors every filmgoer has seen many times playing memorable character parts.” Besides Hitler, among Watson’s nearly 100 IMDB movie and television credits were as an Ozmite in The Wizard of Oz and (uncredited) as the diction coach in the “Moses Supposes” scene of Singin’ in the Rain. 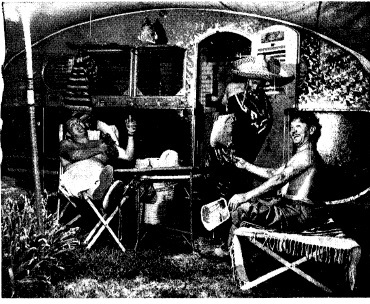 Bobby Watson, right, clowning behind his trailer home during on a visit home in July 1941. Friends are George Klugh, left, and Toussant Anderson, dressed as a Mexican servant. (SJR files)

“Backstage talk has it that Bobby faced so much hostility on the set while made up as Hitler that he had to remain locked in his dressing room between takes,” the IMDB biography adds.

Watson regularly returned to Springfield to visit family, trips made easier by the fact that he was one of the first full-time RVers. Watson lived during at least the late 1930s and early 1940s in a small trailer he towed behind his station wagon.

Bobby Watson drove thousands of miles towing his various motor homes, including on several trips back to Springfield; he also traveled widely throughout the American southwest. Watson documented his journeys and his stage and screen career in photo albums and other collections that, as of 2016, were in possession of Prairie Archives, the antiquarian bookstore on the Old Capitol Plaza in Springfield.

Below are a few selections from those collections. Photos are copyright Prairie Archives and are published here by permission. 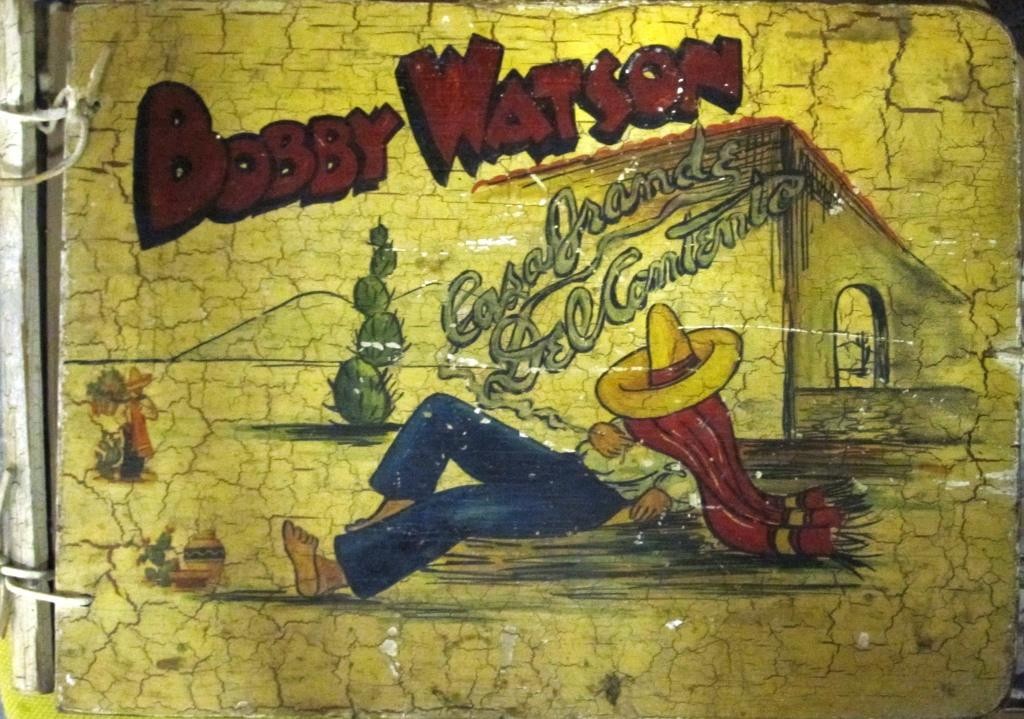 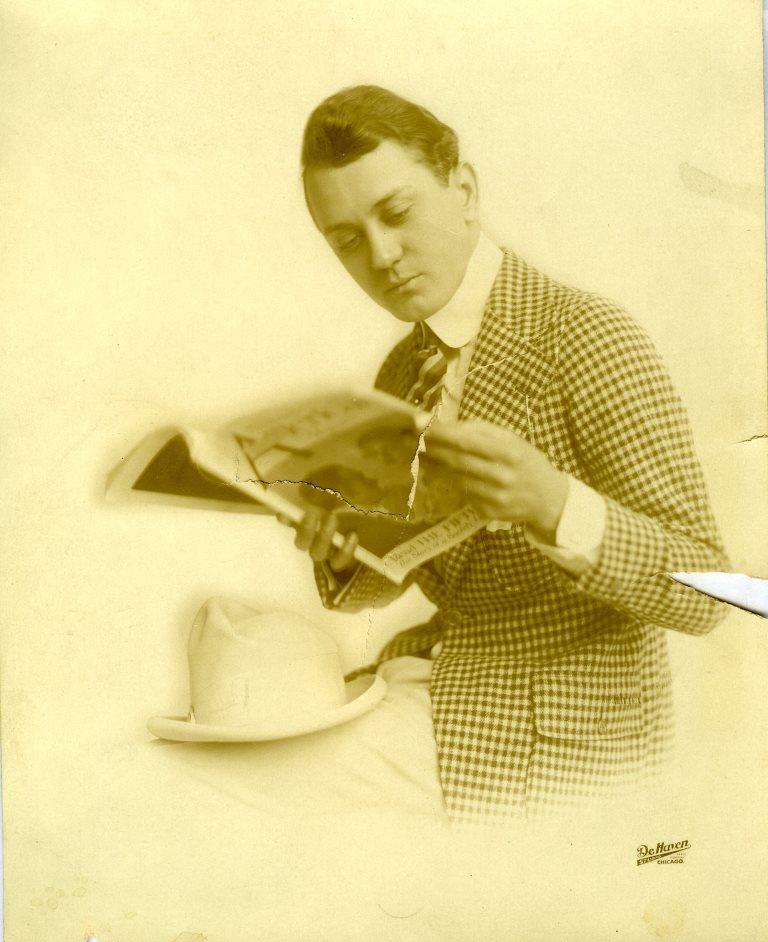 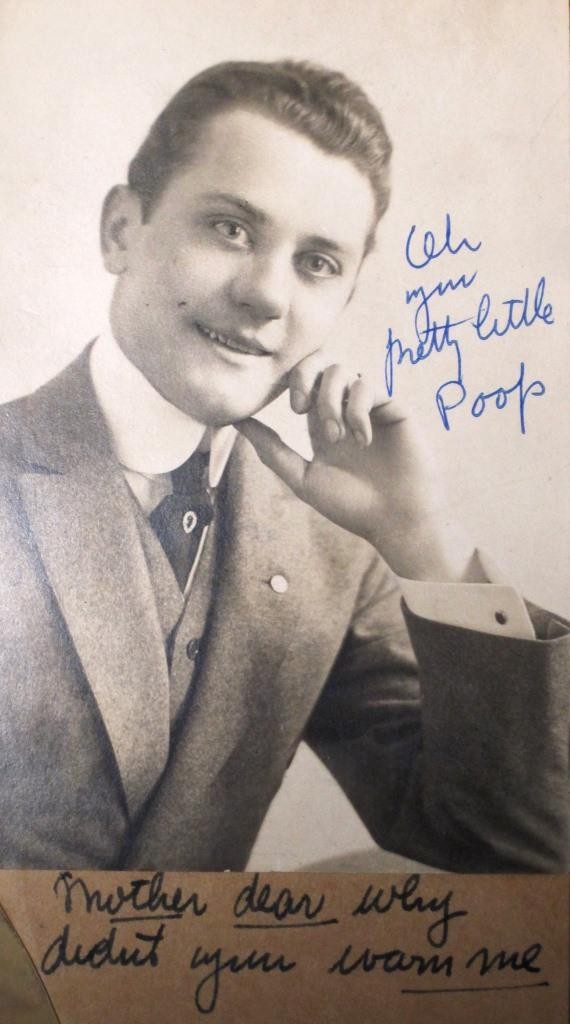 Many of the photos in the albums, especially those dating from Watson’s youthful vaudeville career, carry Watson’s own self-deprecating captions. 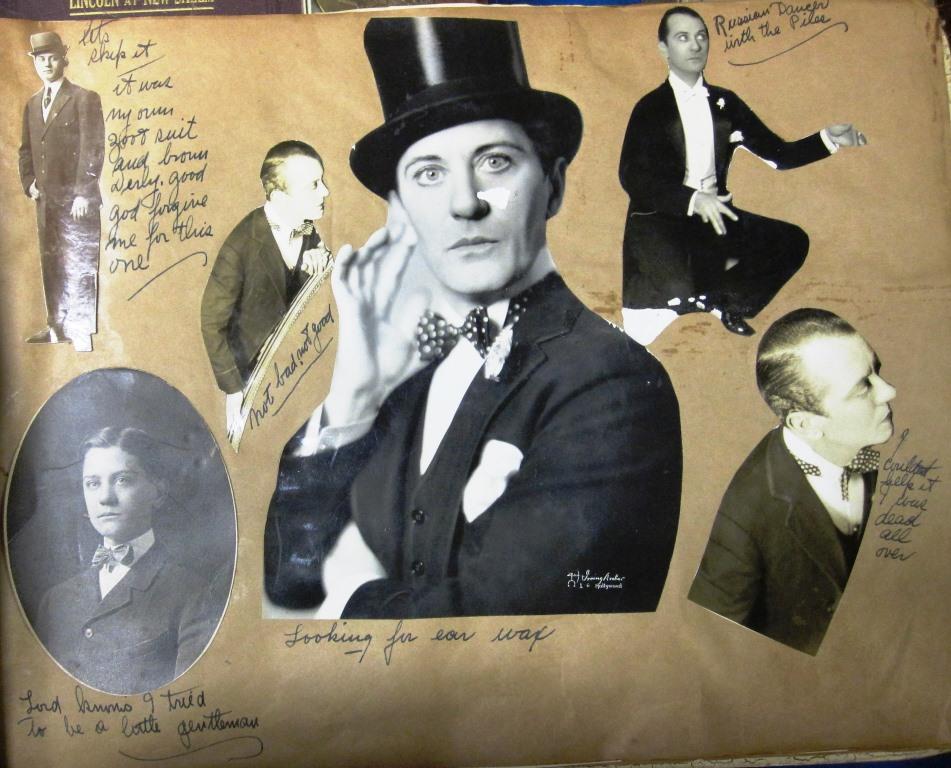 A sample page from one of the albums. Again, note Watson’s own captions. 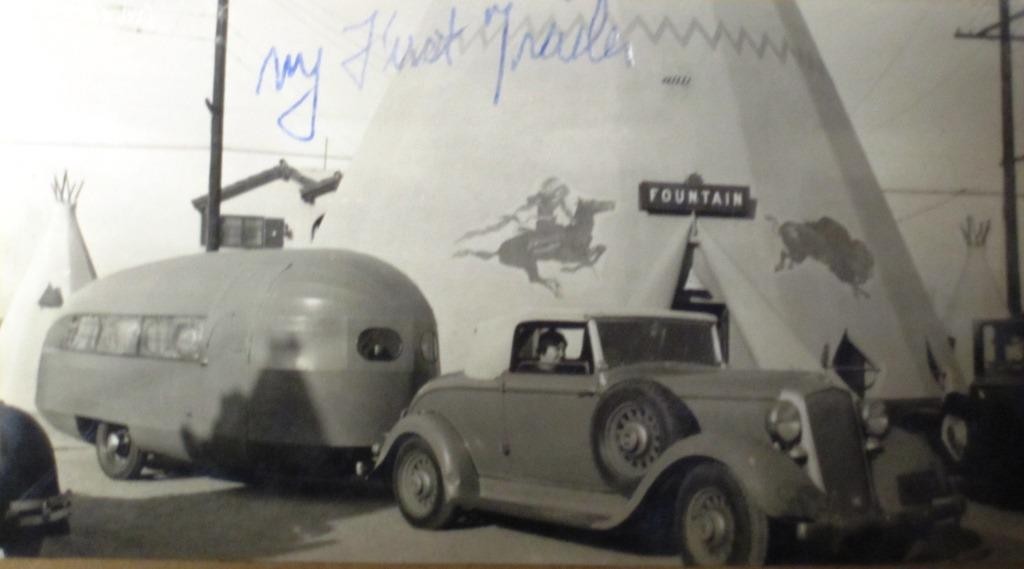 Watson’s first mobile home, in front of a tepee somewhere in the southwest. The woman in the car is not identified 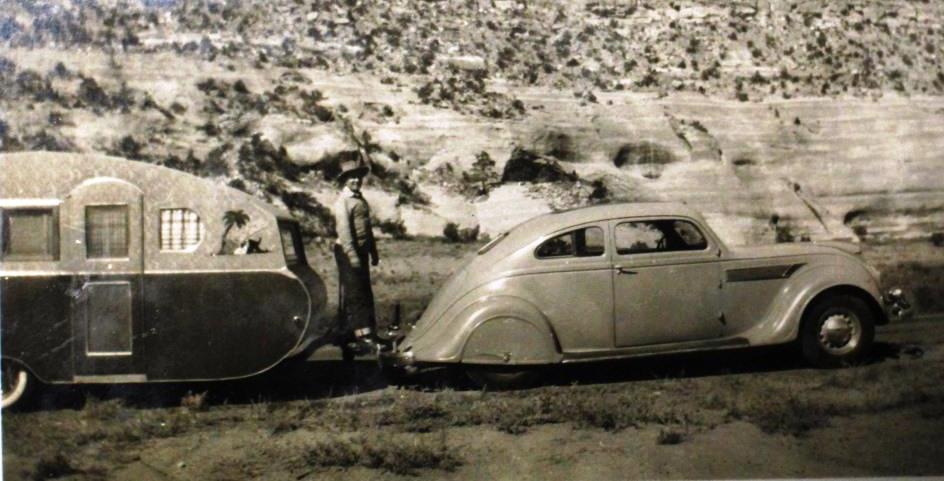 A later southwest trip, with Watson standing on the tow hitch. 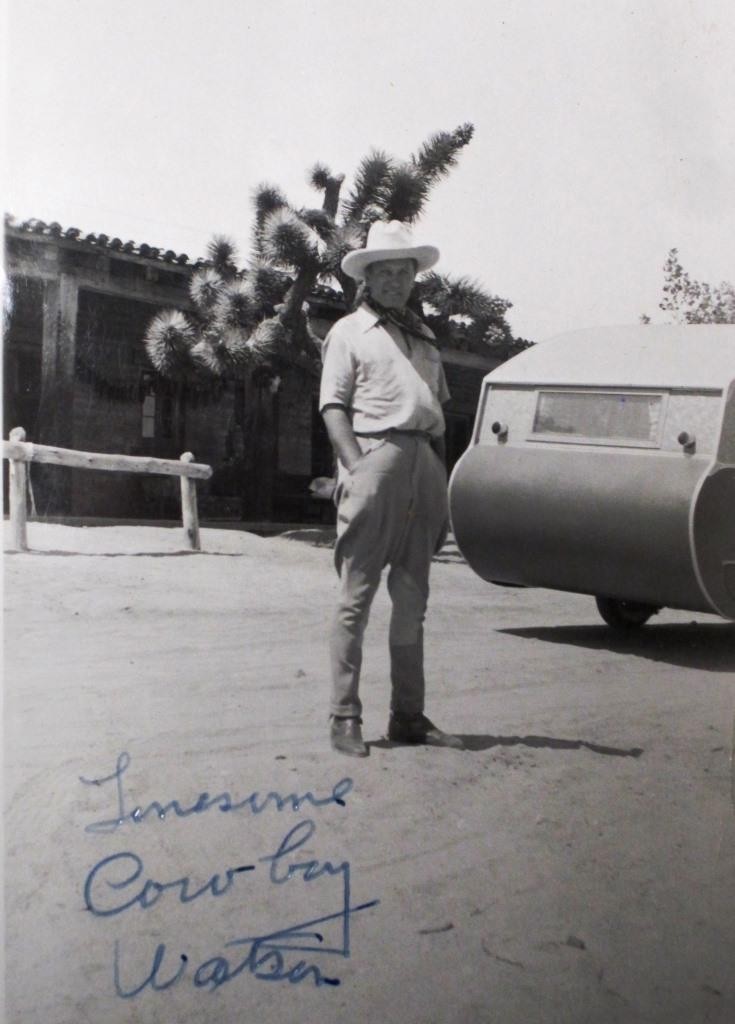 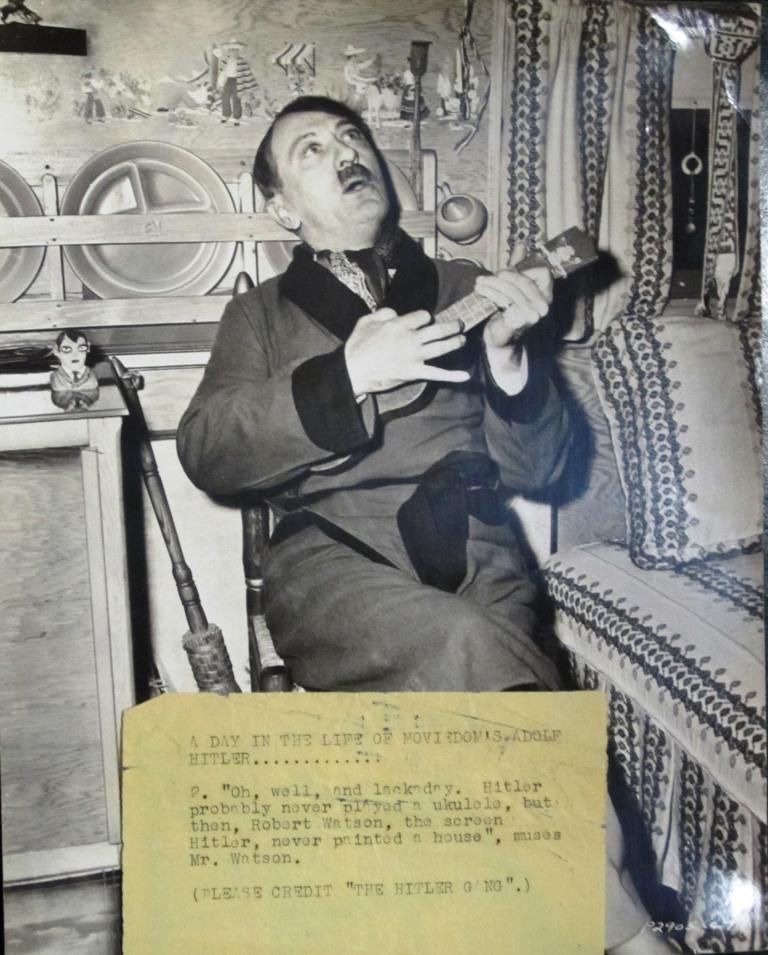 Watson plays a ukulele in his trailer during filming of The Hitler Gang (1944). Watson mostly portrayed Hitler in comedies, but The Hitler Gang was a straightforward history of the dictator’s rise to power. 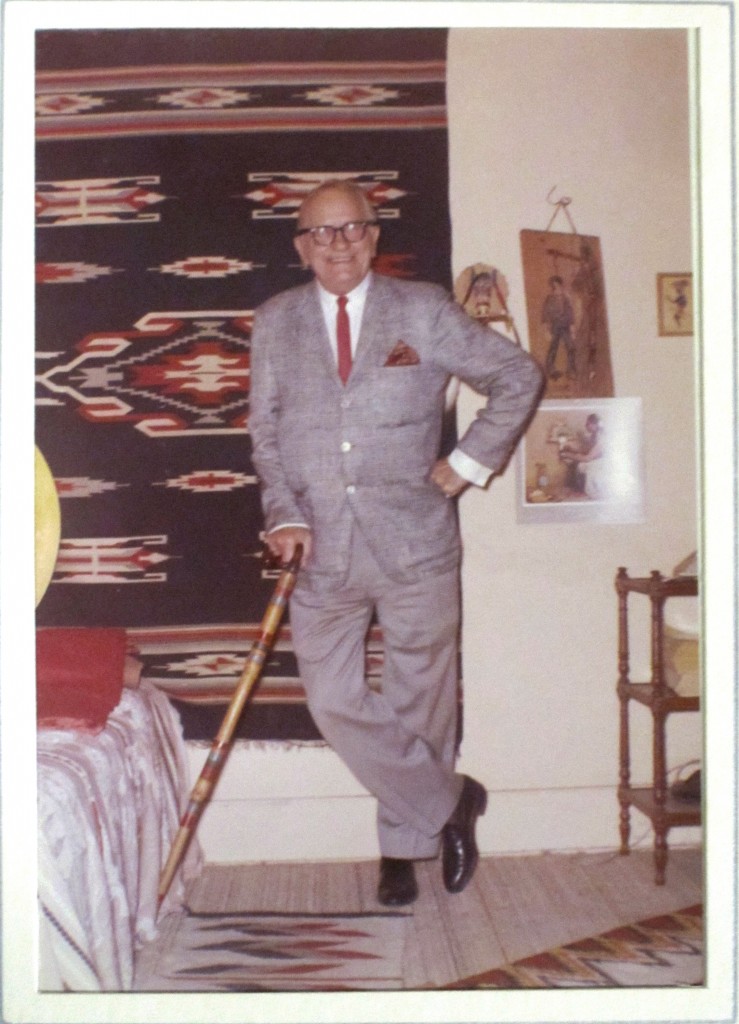 Watson in later life, still showing his love for the southwest

This entry has been corrected and expanded.