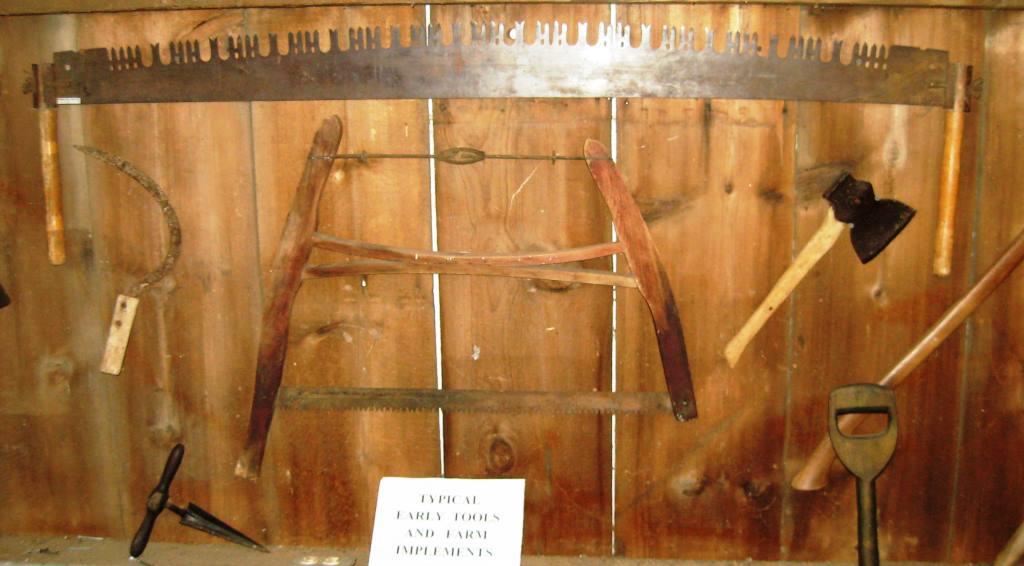 On Aug. 31, 1876, William Herndon, Abraham Lincoln’s last law partner and biographer, spoke to the ninth annual meeting of the Old Settlers of Sangamon County. Here is part of his speech that recounted the changes seen in farming techniques over the 50-plus years that had elapsed since Europeans and African-Americans had begun to move into the Sangamo country.

In these cases, as in a thousand others, the muscles of man was relieved by the muscles of the horse and the powers generated by mechanics, and so it is and ever will be, and yet we in the West are hewers of wood and drawers of water, and yet I dare not say “and so it is and ever will be.” God forbid. The wooden flail gave place to the treading, round-going ox, and he to the thresher. The cotton sheet, in a storm of wind, cleaning the grain, was succeeded by the fanning mill, and all these gave up their place and power to the threshers. The wooden rake has been succeeded by the horse rake. The whip-saw has given up the ghost before the mill-saw; the muscles of man to the forces of nature.

Originally in the West the ox did all the work; he hauled everything, worked everywhere, and at all times; he hauled goods from St. Louis at one dollar per hundred, and from Beardstown at forty cents per hundred; he plowed, threshed, hauled, tread the mill; if not obedient was goaded and whipped by their angry masters, and for his great services was fattened, killed and eaten by those whom he had enriched. God, it is said, is merciful to man, but how is it with the poor ox? It was once shortly and pungently said that “Illinois was hell on oxen and women.”

The ox-mill and the horse-mill, as well as the water-mill, that ground out every hour about as much as a good hazel-splitting sow with a litter of pigs could eat, has succumbed – has all been surpassed by the steam mill grinding out its thousand barrels daily. …

Originally, we sent letters and messages by horse, now we send them by steam and electricity, as it were, beating in speed, time itself. So we have lived, are living, and will continue to live. The past is nothing, the present is nothing, the great future will be all.

From the History of Sangamon County, Illinois (Inter-state Publishing Co., 1881).