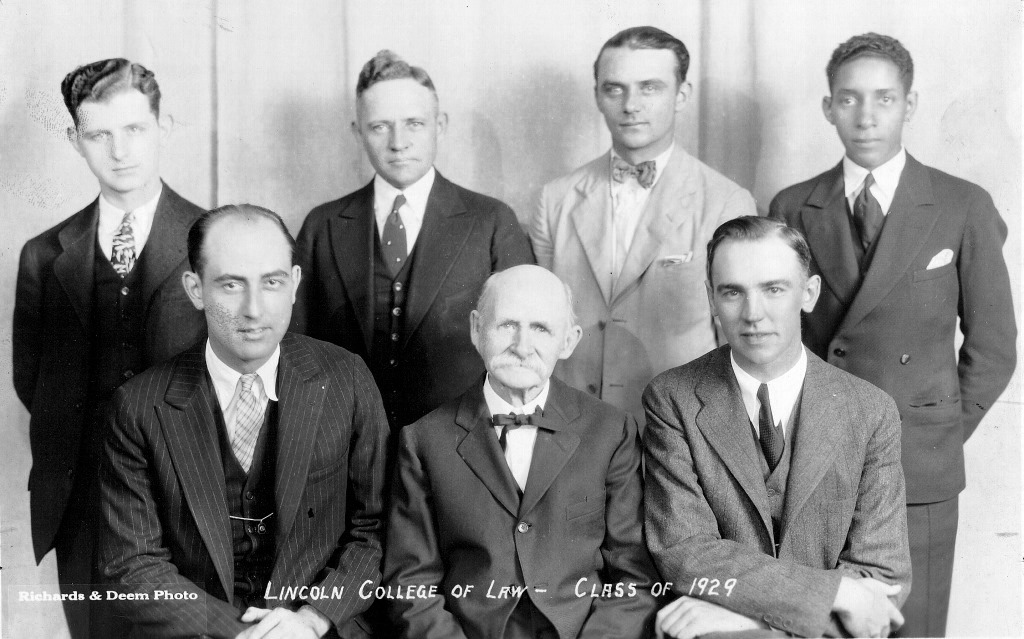 The Lincoln College of Law educated prospective lawyers, mostly in night classes, for more than 40 years in Springfield. Many graduates went on to distinguished legal careers.

The school opened on Sept. 4, 1911, sharing space that first year with the Illinois Business College in the old Illinois State Register building in the 600 block of East Monroe Street. The school moved five times in the next 15 years, finally settling at 206 E. Adams St. in 1926. It remained there until closing in 1953.

Lincoln College of Law’s founder was William Wirt Edwards (1853-1930), a Methodist minister, lawyer, and retired college professor from McKendree College in Lebanon, Ill.  At McKendree, Edwards had been first a Latin professor and then dean of the law school. 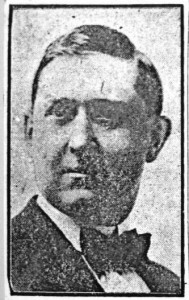 Edwards also was the first of only three deans during the college’s existence. At his death, he was succeeded by William Carey (1880-1947), a 1915 graduate of the school who never practiced law; instead, he worked for the Chicago, Springfield and St. Louis Railway. When Carey died in 1947, assistant dean Jerome Finkle (1891-1982), who also was executive secretary of the Illinois Legislative Reference Bureau, became Lincoln College of Law’s last dean.

Lincoln College of Law was advertised as offering a complete study of all branches of the law examined by the state board of law examiners. Lessons consisted mainly of textbook study, recitation, and various branches of law. 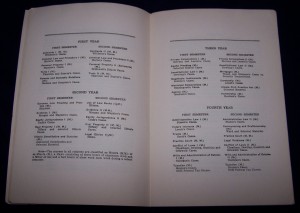 Six graduates made up the first graduating class in 1914. The largest class, in 1951, boasted 29 graduates. Most classes numbered in the teens. Only a select few graduated with honors. The final class in 1953 had two, Clell L. Woods and Robert E. Dehen.

A yearbook was first printed in 1914.

Lincoln College of Law was open to all. The class of 1915 included the school’s first black graduate, Robert P. Taylor, and the 1918 graduates included Kathleen Clyne, the first woman.

Many students came from places like Carbondale, Olney and Chicago to work in Springfield just so they could attend the school.  Although there were some day classes, the school operated primarily as a night school, with classes four nights a week.

The school received a boost from creation of GI Bill educational benefits following World War II, but enrollment declined when that program was phased out in the 1950s.

By then, faculty members — including prominent attorneys like Nelson O. Howarth, Willard Ice, Maurice Scott, Loren Bobbitt and William Fuiten — were working for no salary. 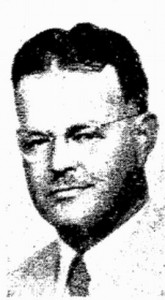 President Leib paid the college’s deficits the last two years. However, Leib became seriously ill, and the school closed its doors following graduation ceremonies for the 18 members of the class of 1953, held in the Sangamon County Circuit Court room on March 26, 1953.

To make sure the remaining undergraduate students completed their coursework, instructors taught classes in their homes or offices.  The sophomore class was incorporated into the junior and senior classes, and those students finished their training with local attorneys.

More information: Lincoln College of Law: Springfield, Illinois, 1911-1953 by Robert Gasaway (1999), an invaluable source on the college, is available in the Sangamon Valley Collection at Lincoln Library. Transcripts of oral history interviews of  Willard Ice, a faculty member, and Maurice Scott, a graduate and later a faculty member, both of whom discuss their experiences at the school, can be read on line.

9 Responses to Lincoln College of Law