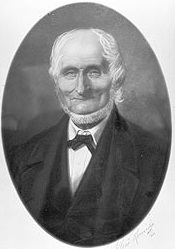 George Pasfield (circa 1790-1869), born in London, originally came to Sangamon County to visit his brother-in-law and was so taken with the area that he and his wife Mary sold their store in Paris, Ky. and returned in 1831. Mary gave birth later that year to their only child, also named George. Pasfield purchased land on the north side of Washington Street, becoming one of the first merchants on the new public square.

Before his death, Pasfield had become one of the most prominent landholders in Sangamon County. He was among the 50 businessmen who pledged to construct a state capitol if the seat of government was relocated to Springfield from Vandalia.

Like Abraham Lincoln, Pasfield served on the town board before the city of Springfield was organized. Pasfield oversaw street improvements and was responsible for acquiring the city’s first fire equipment.

Pasfield began acquiring large tracts of land on the western outskirts of town, eventually creating a 40-acre estate where his son and grandson would live for the remainder of their lives. The original site, described in an early history of Sangamon County as a “cozy rural retreat.” has been designated the Pasfield House Historic District by the city of Springfield.

It was there that Pasfield built a federal-style house similar to the Lincoln home. Dr. George Pasfield (1831-1916), son of the first George, expanded the home (it no longer exists). George Pasfield Jr. (1870-1930) was born there.

A fire in 1856 destroyed the north side of the Springfield square. The simple wooden structures had been built in the 1830s, when the elder Pasfield opened his original store. Nicknamed “Chicken Row” because of an open-air market formerly held there, the burnt buildings had been of shoddier construction than most of the other commercial structures surrounding the square. The State Journal a year later reported “the construction of two three-story brick buildings, with the upper floors finished as a hall for balls and concerts.”

By then, the son of the elder George Pasfield had graduated from St Louis Medical School. Although he spent little of his life practicing medicine — he managed the family’s real estate holdings instead — the younger man was known ever after as Dr. Pasfield. 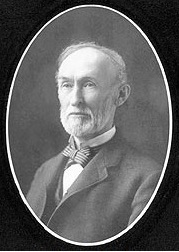 Dr. Pasfield did serve as a contract military surgeon at Camp Butler, a training camp and later prisoner-of-war camp east of Springfield, during the Civil War.

When the Illinois General Assembly in 1863 incorporated the Home for the Friendless, designed to house orphans and indigent women, the elder Pasfield was named the organization’s first vice-president. The Pasfield family — the elder George Pasfield, Dr. George and his wife Hathaway and George Jr. — continued to play roles as supporters, officers and managers of the home.

After the Civil War, the Pasfield family’s business interests expanded beyond the areas of real estate and banking to include, among other investments, the Springfield Iron Co. and the Illinois Watch Company.

In the late 1800s, as Springfield’s population grew by more than 70 percent, Dr. Pasfield developed the “Pasfield Block” along Sixth Street between Adams and Monroe streets., With significant properties on three sides of the square. he owned more downtown commercial property than anyone.

Dr. Pasfield took positions as president of the Sangamon Loan and Trust Company and held directorships in First National and Farmers National banks.

Throughout his life, Dr. Pasfield held interests in well over 4,000 acres of land in Sangamon County alone. The Pasfields owned so much farmland to the southwest of the city that, between 1891 and 1903, a post office named after Pasfield operated in Island Grove township near Berlin. Dr. Pasfield’s real estate holdings also expanded outside Sangamon County to Decatur, St Louis and as far west as Kansas City.

At the turn of the century, George Pasfield Jr. built his own residence at Jackson and Pasfield streets,  overlooking the family home where his father still lived. George Jr.’s home was built in a Classical Revival style that was popular after the 1893 World’s Columbian Exposition in Chicago. (The building, following extensive rehabilitation, now is the Pasfield House Inn, a bed and breakfast hostelry.) 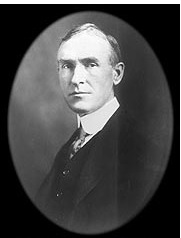 George Pasfield Jr. was elected president of the Springfield Park Board amid a financial debacle in 1915, after the former board had left the park district nearly $80,000 in debt. The Illinois State Journal labeled the opposition a tool of Springfield machine politics, editorializing, “Springfield’s parks should not be put under the control of any politician, to be exploited by him and his political associates. A vote for the New Board ticket (the Pasfield group) will be a vote against political domination of the parks.” The Journal outlined the results of Pasfield’s park service in his obituary, published on April 7, 1930.

In the ten years he served as (the park board’s) guiding spirit this indebtedness was wiped out; Enos, Reservoir and Carpenter parks were acquired and paid for; no bonds were issued, and one year during that decade only one-half the regular levy of taxes was assessed in the district. Nor were those economies effected at the expense of the park properties or patrons, for during that time Bunn park pavilion was erected, as well as field houses in other parks, and a general program of park development carried out.

In 1917, Pasfield was appointed to the Illinois Centennial Commission, created to organize the celebration of 100 years of Illinois statehood. The Centennial celebration, held at the Capitol Oct. 4-6, 1918,  was highlighted by dedication of the Stephen Douglas and Abraham Lincoln statues on the Statehouse grounds.

Pasfield earlier had headed the Capitol Grounds Purchase Association, which raised funds to buy properties south of the Statehouse (including the home in which Abraham and Mary Lincoln were married and where Mary died). The Pasfield and Bunn Families made two of the largest donations. The cornerstone of the Centennial Building (now the Howlett Building) was laid at Second and Edwards street on Oct. 5, 1918, 50 years from the date the Capitol’s cornerstone was laid. Upon completion, the Centennial Building housed government offices, the Illinois State Historical Library and the Illinois State Museum, easing crowding in the Capitol itself.

Continuing his role in governing the Springfield Park District during the first half of the decade, Pasfield ordered street lamps and phones in Washington and Lincoln Parks, constructed 12 new tennis courts, and several new ball diamonds, a new field house, and a beach at Bunn Park. In addition to the three new parks, the district expanded Lincoln Park and constructed Memorial Stadium at what was then Reservoir Park (now the site of Lanphier High School).

As park board president, Pasfield wasn’t easily labeled. Even though Sunday baseball games were traditionally prohibited in city parks (because families would visit and picnic in Oak Ridge Cemetery on the Sabbath), he allowed ball games to be played on Sunday in Lincoln Park. On the other hand, Pasfield stopped a dance from being held at Bergen Park, and the Pasfield-led board similarly prohibited the playing of cards at Bunn Park, on the grounds that card playing was  a disreputable activity.

George Pasfield Jr. died on April 6, 1930, shortly after returning from Bermuda, where he had spent his second honeymoon (Pasfield’s first wife, Caroline, had died in 1924; he married Amelia Craig of Chicago in November 1929). Pasfield Park, a nine-hole golf course that opened three months after the death of George Pasfield Jr., is named after him.  (For more on George Pasfield Jr., see the landmarking petition for the Pasfield House, written by Paul Pospisek.)

George Pasfield Jr.’s grandchildren include Springfield downtown preservationist Carolyn Oxtoby, the 1998 Springfield First Citizen. Descendants continue to own some of the real estate originally acquired by the first George Pasfield.

Source: Pasfield family history presented on the website of the Pasfield House Inn, operated by Tony Leone. Adapted by permission.