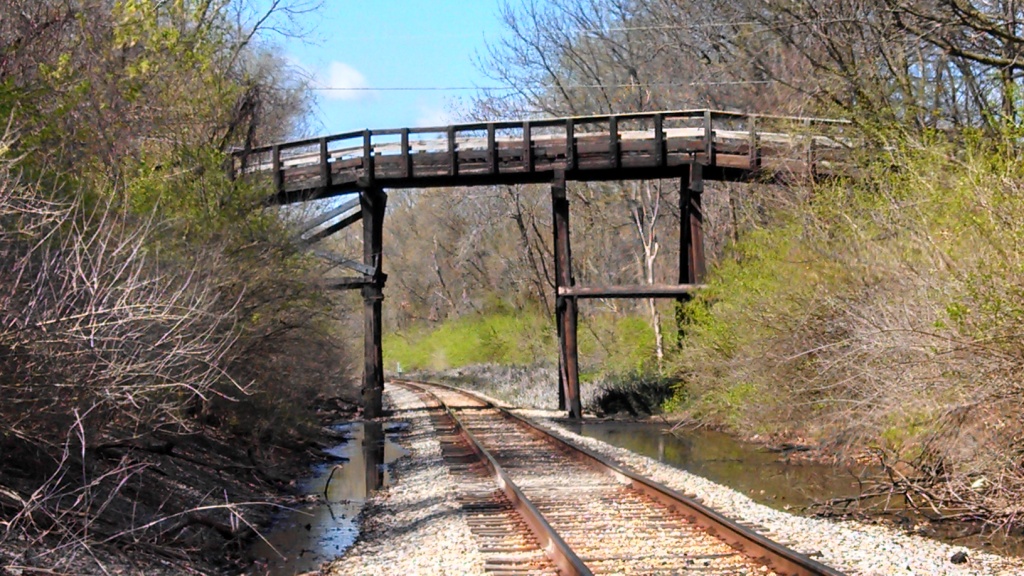 The village of Spaulding, off Illinois 54 east of Springfield, got its name from a mammoth nursery and orchard.

In central Illinois, the name Spaulding today is synonymous with Lake Springfield and City Water, Light and Power. But before Willis and Charles Spaulding became  involved in public works, members of the Spaulding family were nurserymen.

In the 1800s, the family’s patriarch, J.B. Spaulding (1824-97), and his children operated a large nursery north of Riverton.  The Spaulding Nursery occupied ground that fronted present-day Seventh Street in Riverton and Main Street in Spaulding. Trees and shrubs from the nursery were sold around the country. 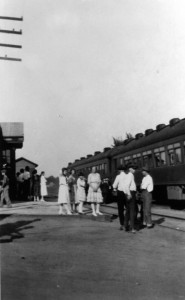 According to a memorial leaflet for water treatment innovator Charles Spaulding, the village “got its railroad station because of the volume of foliage, plants, shrubs and trees” shipped from the Spaulding Nursery.

The Illinois Central Railroad today bisects Spaulding from east to west. The railroad station and post office were at the intersection of Route 54 and Main Street. In addition to freight, residents could board passenger trains at the station.

The nursery was not the only enterprise in town. From 1883 to 1913, a coal mine operated where Spaulding Village Park is today. The mine, which over the years operated under eight different names, closed after a fire on May 7, 1912, destroyed the its entire top works.

Although nine mules died in the blaze, the few men working in the mine — it had been closed, and a small crew was preparing it to be reopened — were able to escape through a four-mile-long tunnel that connected the Spaulding Coal Co. operation to the Springfield Coal Mining Co.’s mine near Riverton.

Fire-fighting efforts were futile. “The village has no fire fighting apparatus, and no impression was made on the fire, which made a complete sweep above ground, including the engine room and blacksmith shop,” the Illinois State Journal reported on May 8.

Until a few years ago, the old mine site also was a state rest area for Illinois 54.  A veterans memorial was recently built in the park

Another local landmark for many years was Gathards Corner, a general store, cafe, gas station,  and garage. A half mile west of Gathard’s was a gas station, garage and motel, whose name has been lost to time. The building is currently occupied by Docker’s Tavern.

Another landmark, though not as well loved, was the wooden bridge over the Illinois Central on Allen Street. The one-lane, arched structure gave more than one motorist the willies. Since the approach was blind, it wasn’t uncommon for two motorists to meet each other at the top, leading to a standoff on who would back up. Wet or icy weather made the traverse quite the adventure.

The bridge experienced a few fires of questionable origin and was eventually closed to vehicular traffic. It is still in use today as a pedestrian bridge. 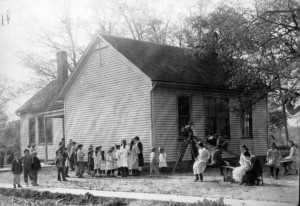 Spaulding Grade School was on Raylots Street in the village. When a fire destroyed the original wooden structure, a new school was constructed at the same location. After graduating from the grade school, students attended high school in Riverton.  All ages now attend Riverton schools.

Spaulding has experienced rapid growth with both new subdivisions and annexations (2010 U.S. Census figures showed the village as the fastest growing community in Sangamon County, although Spaulding started with a very low base, 559 people in 2000; the figure in 2010 was 823).