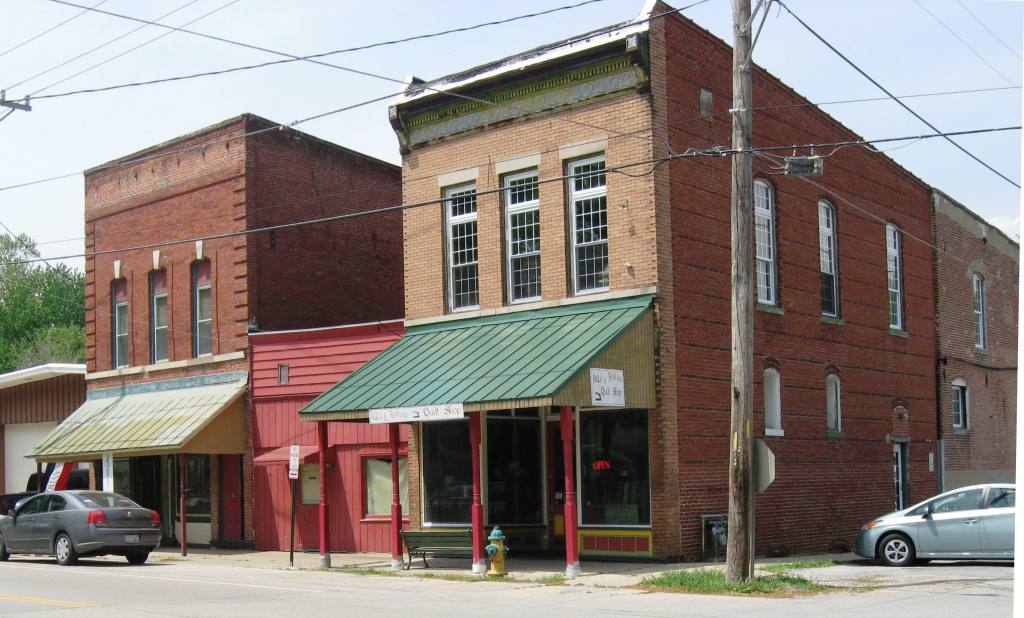 Buildings pictured in a 1918 collection, the Orange Judd Farmer Pictorial Community Album of Rochester Township and Village, are part of a walking tour created under sponsorship of the Rochester Historical Preservation Society.

The Orange Judd Publishing Co. produced a variety of books, mostly farm-related and mostly instructional in nature — such as Bush Fruit Production — in the late 19th and early 20th centuries. The company’s founder, Orange Judd (1822-92), was a teacher, investor and pioneering agricultural journalist; he was publisher and editor of American Agriculturist magazine for more than 25 years.

Judd’s Rochester volume contains 268 photographs, including photos of 54 buildings, both residential and commercial, that still stand in the village of Rochester. 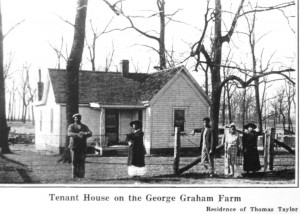 “The photographer’s visit (in 1918) must have been a media event, as dozens of Rochester families are pictured at their residence with many of their prize possessions, including horses, dogs and automobiles,” according to the introduction to a 2015 brochure, Traveling Through History … with the Orange Judd Walking House Tour.

The introduction to the Pictorial Community Album notes that this was the company’s first such attempt. It also explicitly recognizes the album’s value to later generations.

… Herein will be found faithfully recorded all the familiar home scenes of the boys and girls of today; and as time rolls on, bearing with it the many changes in scenes and destiny, this work will be of priceless value to those who have sentiment for the old homestead, the scenes of childhood, and the homes of relatives, friends and neighbors.

This is not only the first undertaking of its kind on our part, but, to the best of our knowledge, the first and only work of the kind in existence. … As the work progressed we received many kindly suggestions, to all of which we tried to give consideration. Many desired us to insert historical matter and more or less elaborate descriptive matter. However, we decided to adhere to the original idea of a Pictorial Community Album, inasmuch as the gathering of accurate  historical data and legendary lore was exceedingly difficult. …

In placing this volume in your hands we take pride in a task well done and a real SERVICE rendered entirely in accordance with Orange Judd policy; but whatever success we have had, we appreciate the fact that without the kindly interest and co-operation of the people of Rochester township, we could not have succeeded at all, and whatever pleasure this volume will afford you in the succeeding years will be shared by us as well.

The  brochure, created by an RHPS committee headed by Ray Bruzan, identifies all 57 of the structures that remain in Rochester, pairing 1918 photos with modern ones of each building. (The 2015 brochure replaced a less complete version issued in 2014.) The brochure outlines the history and past ownership of the buildings and also includes a map, a timeline of Rochester history and photos of many of the 1918 building owners.

Included are buildings that in 1918 housed the Rochester State Bank, the Independent Order of Odd Fellows and Rochester’s Town Hall.

Stately Maplehurst on Oak Hill Road, built and still owned by members of the Taft family (distant cousins of President William Howard Taft), is perhaps the most imposing structure on the tour. It also is the only one on the National Register of Historic Places.

The oldest house on the tour, the Ira Twist House on East Main Street — now the Wilson Park Funeral Home — is believed to date from the 1830s; the floor joists are logs with bark still on them, and the basement includes a cistern.

Limited areas of some of the commercial buildings on the tour are open to the public. Residences are not open. “(P)lease respect homeowners and their properties” by staying on public sidewalks and other rights-of-way, the brochure cautions.

Brochures are available at the Rochester Public Library, area businesses and some Springfield tourist sites.