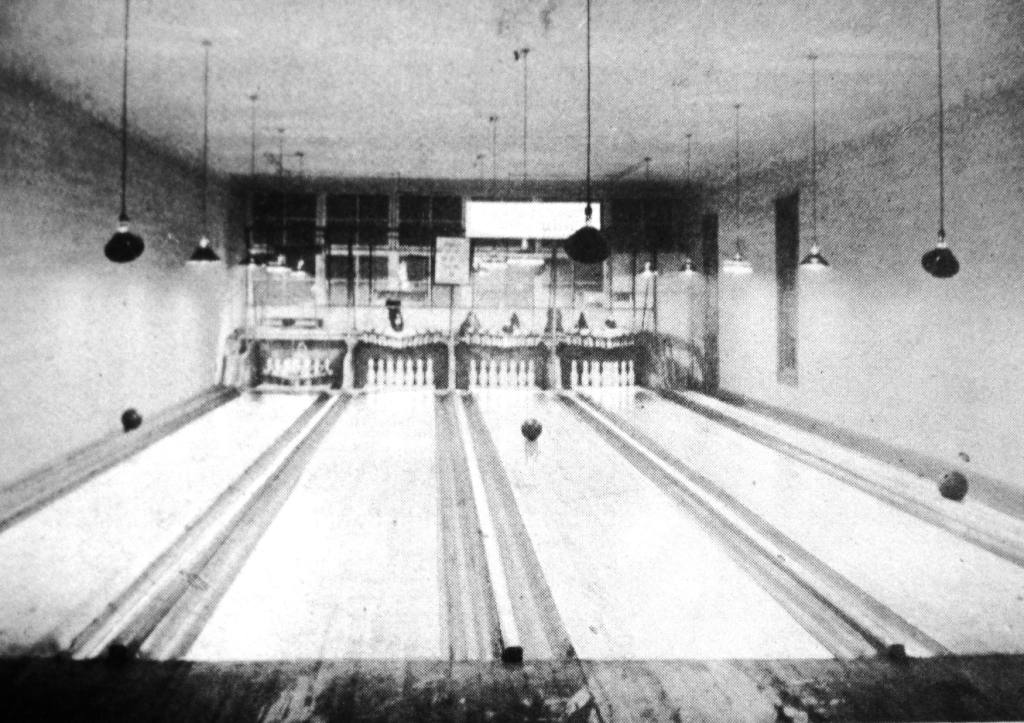 Leland bowling alleys, 322 S. Sixth St., in 1912 (Springfield: The Capital of the State of Illinois, published by the Springfield Commercial Association)

Organized bowling certainly was offered in Springfield by 1874 and perhaps even as early as the 1860s.

The Greater Springfield Bowling Association web site formerly included an extensive list of Springfield-area bowling establishments over the years, with about 45 of them in Sangamon County. (The GSBA’s history page appears to have been taken down as of early 2018.) 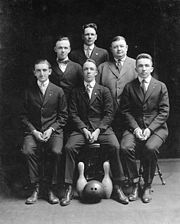 The GSBA’s former description of Tom Allen’s bowling center, opened in 1903 at 409-11 E. Jefferson St. in Springfield, gave a sense of the county’s early bowling environment. (The description apparently was taken partly from a contemporaneous advertisement or newspaper article.)

Opened for business on Wednesday, April 1, 1903. The six lanes were furnished by a series of reflectors and numerous Welsbach gas lamps. The lighting of the alleys by gas, while a new idea in Springfield, was used in metropolitan cities and gives much more satisfactory light than electricity. Ladies balconies were along each side and as soon as the rooms are entirely fitted up there will be (a) ladies parlor fronting on the street, fitted with cozy comers and settees. The first big event was the Central Illinois bowlers tournament on April 20, 1903, which resulted in the city tournament being canceled because of this larger event. Unknown how long it was open as a bowling alley, but a later directory lists the site as the Big O theater, and that this theater was destroyed by fire in 1908.

Bowling outlets formerly listed by the GSBA ranged in size from the single lane in the Dana-Thomas House State Historic Site to modern bowling centers with several dozen lanes.

This entry was posted in Amusements, Sports and recreation and tagged Bowling, Dana-Thomas House. Bookmark the permalink.