Auburn was founded twice. The first time was in 1835 by the Eastman family – George and Asa, along with their sister Hannah, who chose “Auburn” as the name of the fledgling community. (An 1896 Illinois State Journal article hypothesized that the name refers to an Oliver Goldsmith poem, The Deserted Village. It starts: “Sweet Auburn! Loveliest village of the plain.”)

When the Alton and Sangamon Railroad was built through southern Sangamon County, however, a rival developer, Phillip Wineman, convinced railroad builders to route the line farther east. The decision doomed “Old Auburn.” Its disappearance is recorded in the History of Auburn, compiled in 1965 by members of the Auburn Historical Society:

It seemed a pity that so pretty a site as that of the old town should be abandoned for so unpromising a one … (which) then appeared much of it a mere swamp — but railroad corporations possess no bowels of compassion, the practical more than the beautiful being their object. …

The residents of the old town remained and nursed their disappointment as long as they could, and finally yielded to the pressure, and several of them transported their houses, small one-story buildings, to the rival town. … Mr. Asa Eastman, of Springfield, … bought out the claims (in the old town) from the various lot owners, petitioned the State Legislature for a vacation of the town, and Mr. Eastman sold the land to Madison Curvey; it was converted into a cornfield, and thus fades old Auburn, as a town, from the public view.

It probably was only minor compensation that the Illinois General Assembly later rejected Wineman’s preferred name for the new community — “Wineman” — and voted to retain the name of Auburn.

Coal mining, with four mines employing as many as 800 miners, was the underpinning of Auburn’s economy from the 1880s until the last mine — the Panther Creek/Union Fuel Co. mine —  was shuttered in 1924.

“There were few families in Auburn that did not have someone connected with the mines in some capacity or other,” according to the History of Auburn. “When all of the mines finally closed, it was a blow to the economy of the whole community.”

A fire in March 1910 devastated the east side of the Auburn square, destroying more than a dozen buildings. Included was the Commercial Hotel, owned by the Reihl  family. A daughter, Marie Reihl, recalled the fire, but also good times in early 19th-century Auburn, in the History. 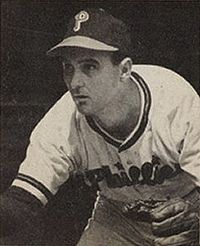 *Hugh S. Magill Jr. (1868-1958): Educator,  lay religious leader and Illinois state senator. He sponsored the law that gave Illinois women the right to vote in 1913. Born on a farm outside Auburn.

More information: The History of Auburn (Auburn Historical Society, 1965) is a flowery, but valuable, resource.

This entry was posted in Coal mines and mining, Communities, Disasters, Prominent figures, Sports and recreation and tagged Fires. Bookmark the permalink.