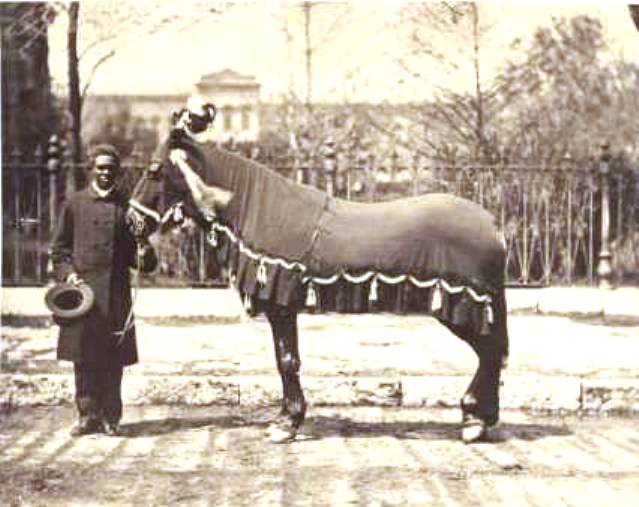 Rev. Henry Brown (1823-1906) was an African Methodist Episcopal preacher in Springfield and elsewhere. He worked in various capacities for the Abraham Lincoln family and led “Old Bob,” the Lincoln family horse, in President Lincoln’s funeral procession.

He also was involved in the Underground Railroad, according to his State Journal obituary on Sept. 4, 1906.

“Many a poor slave escaping by means of the underground railway during the civil war, was helped on his way by Mr. Brown, who acted as a ‘conductor’ at the Quincy and Springfield stations,” the obituary reported. “His idea of the golden rule was illustrated by one instance when he gave his own coat and vest to a poor fellow who was without one.”

Brown, a native of Raleigh, N.C., arrived in Springfield about 1847. He remained a resident, except for four years in Quincy and Galena, until his death.  Brown is buried in Oak Ridge Cemetery.