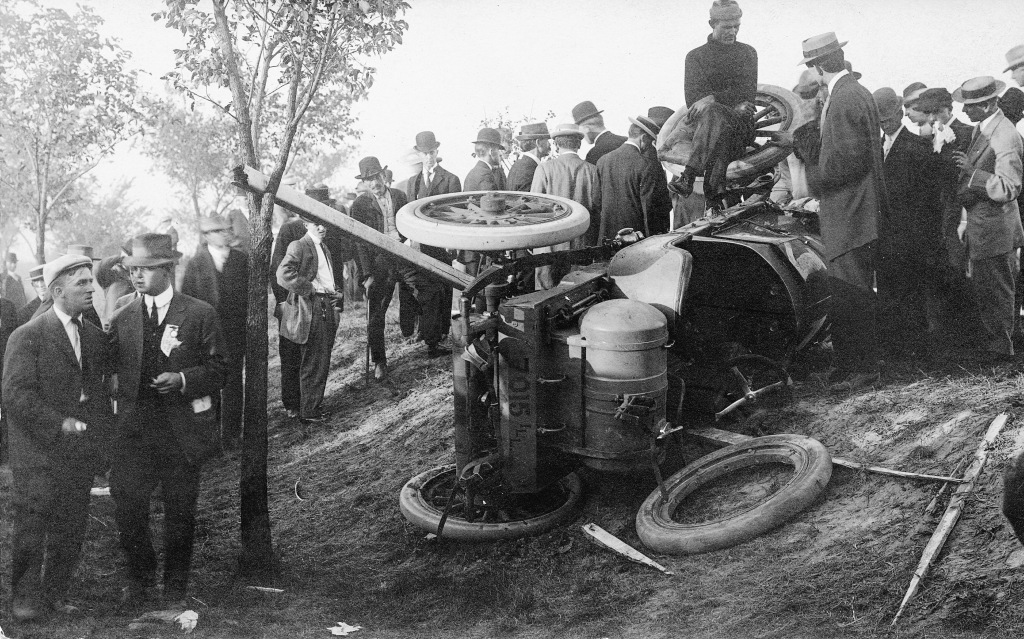 Driver LaRue Vredenburgh (1882-1910) died in this crash during auto racing at the 1910 Illinois State Fair. The car, a green Stoddard-Dayton characterized as “one of the prettiest running cars on the track,” was traveling 60 mph when it went through the fence at the three-quarter-mile mark.

“The front portion of the car was caved in and the right front wheel was knocked off the axle and all the spokes broken,” the Illinois State Register reported on Oct. 4, 1910. “The steering wheel was broken in half …”

Vredenburgh, who had been married less than four months, was treasurer of the Peter Vredenburgh Lumber Co.

Note: This entry has been changed to correct Vredenburgh’s speed at the time of the accident. Thanks to reader Jerry Waters.

This entry was posted in Sports and recreation, Transportation and tagged Illinois State Fair, Larue Vredenburgh. Bookmark the permalink.