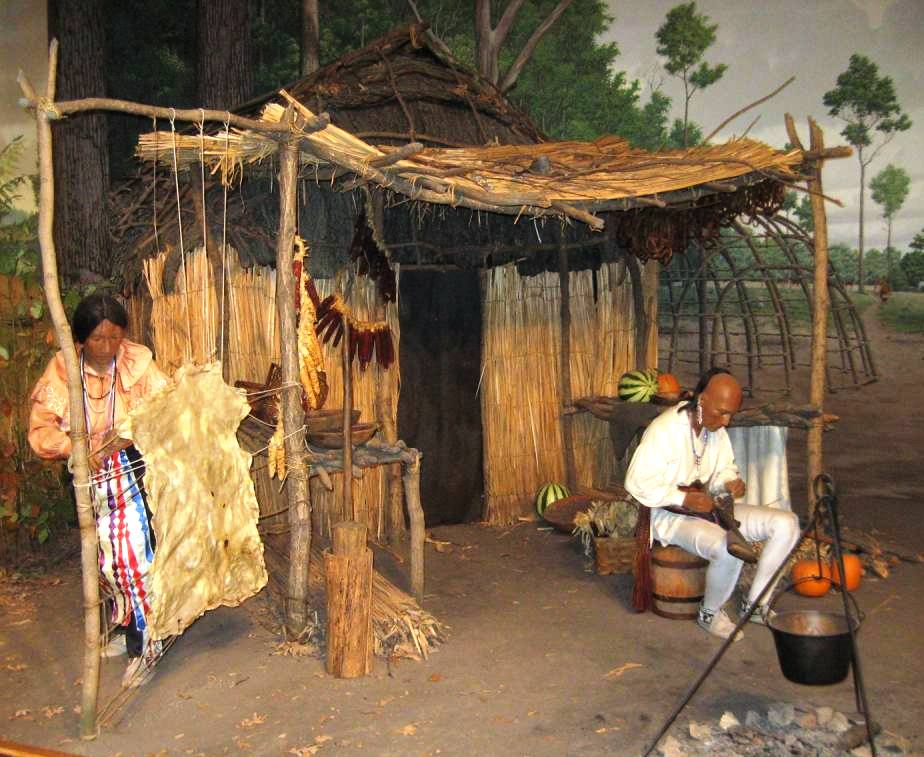 When Europeans began moving into Central Illinois in the early 1800s, the Kickapoo were the dominant Native American tribe, holding sway from north of present-day Peoria to near St. Louis and east to west across Illinois. “I am a Kickapoo,” a tribesman named Little Doe told a conference in Philadelphia in 1793, “and I drink the waters of the Wabash and Mississippi.”

Major Kickapoo villages existed in western Indiana and eastern and central Illinois. The Grand Village of the Kickapoo, near Ellsworth in McLean County, was named to the National Register of Historic Sites in 1982.

The Kickapoo were divided into two main bands – the Vermilion Band in western Indiana and eastern Illinois; and the Prairie Band, whose territory stretched  from the Sangamon Valley to the Illinois River. “The Prairie Band observed traditional Kickapoo Indian customs and ways: they vigorously resisted interference from outsiders, especially government agents and white settlers,” according to Illinois Periodicals Online. “They earned a reputation for raiding white settlements and dealing in contraband and for enjoying gambling, alcohol, and other vices.”

The destruction of several Kickapoo villages in a raid led by Illinois territorial Gov. Ninian Edwards during the War of 1812 broke the back of Kickapoo resistance to European immigration. Despite a few more years of guerrilla warfare, the Kickapoo gave up their Illinois lands in 1819 and virtually all had left the state by the early 1820s.

More information: Wayne Temple discussed the Kickapoo’s movements throughout Illinois in his 1958 study, Indian Villages of the Illinois Country.

1 Response to The Kickapoo