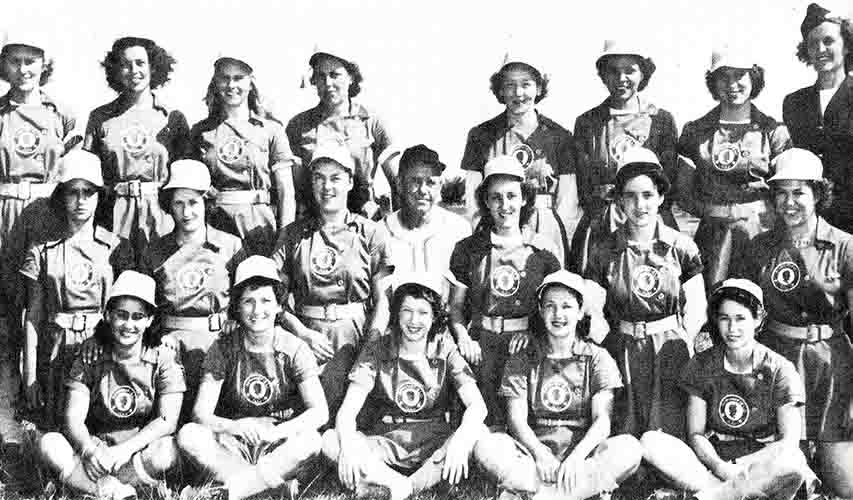 The Springfield Sallies were one of the least successful, and also shortest-lived, teams in the All-American Girls Professional Baseball League.

The league, whose memory was revived by the 1992 movie “A League of Their Own,” lasted from 1943 to 1954. Teams were located in the upper Midwest, mostly in medium-sized cities.

The Sallies officially existed from 1948 to 1951, but they actually were part of the AAGPBL only in 1948. Even then, they abandoned Springfield after only six weeks of play.

Lumber dealer/sports entrepreneur/gadfly James R. “Bud” Fitzpatrick (1895-1982) brought the Sallies to Springfield. He had built a sports stadium, Jim Fitzpatrick Memorial Stadium, at Third Street and Stanford Avenue in 1947 (the field was named after his son, James Jr., who died young in 1945), and his plan was for the Sallies to help fill it.

He said his hometown, Peoria, which was operating its second year, drew 93,000. He said the game is so different from any other that it is certain to take hold in almost any city. The circuit has never lost a franchise since it was organized six years ago, he said.

Fitzpatrick held a contest to name the team. The winner, Mary Fults of Springfield, received $25 and tickets to all Sallies home games (which turned out to be a lot fewer than expected). The Sallies’ uniforms, naturally, featured a silhouette of Abraham Lincoln.

Like other franchise owners, Fitzpatrick hired a man as team manager – Carson Bigbee, who played for the Pittsburgh Pirates from 1916 through 1927.

The league also required each team to have a female chaperone. The Sallies’ was Mary Rudis (later Mary Rudis Bestudik), a spectacular athlete herself – an AAU All-American in basketball, a champion bowler and swimmer and 1993 inductee in the Springfield Sports Hall of Fame.

The league transferred several established players from other teams to give the Sallies a chance to compete; the most notable were Evelyn Wawryshyn, who played second base and led the team in hitting, and left-handed pitcher Doris “Dodie” Barr. (Like many other AAGPBL players, both women were Canadian. The league also had a high percentage of Cuban players. It appears no one from central Illinois ever played on the Sallies.) The team underwent a month of spring training in Miami.

The Fort Wayne Daisies trounced the Sallies 5-1 on Opening Day, May 9, 1948 – the Sallies outhit the Daisies, but nervous Sallies’ catchers allowed eight stolen bases, which the Journal said turned the game around.

About 4,000 people attended the game, but no other Sallies games came near that turnout. Fitzpatrick estimated 30 years later that the Sallies’ average attendance was 350 people in a stadium built to hold 1,500.

Wikipedia’s entry on the Sallies is merciless:

The hapless Sallies were the worst in the league, getting roughed up as a last-place expansion club with a 41–84 record, ending 35.5 games behind the 1st place Racine Belles in the Western Division.

That’s not quite fair. True, the Sallies’ record wasn’t great even when they were based in Springfield – 16-22, seventh among the league’s 10 teams.

In the face of their dismal attendance, however, the AAGPBL abruptly yanked the Sallies out of Springfield on June 15. Along with the Chicago Colleens, the Sallies became an “orphan” team, playing the last two-thirds of their season on the road. It obviously took a toll on their performance. As permanent visitors, the Sallies’ record was a miserable 25-62.

The Sallies’ name lasted two more seasons, but the team no longer was a full member of the AAGPBL. In 1949 and ’50, the Sallies and Colleens were “touring player developmental teams,” according to Wikipedia, and their games were all exhibitions.

“Their tours included exhibition contests at Griffith Stadium and Yankee Stadium, then (the two teams) dissolved entirely by 1951,” Wikipedia says.

The Sallies never played another game in Springfield after June 1948.

More information: Rosters, records and other photos are available on aagpbl.org, the website of All-American Girls Professional Baseball League.

Fitzpatrick Memorial Stadium was the home in 1950 of a more successful (at least on the field) baseball franchise, the Springfield Giants. The Giants compiled a record of 60-59 for a fifth-place finish in the Class D Mississippi-Ohio Valley League. 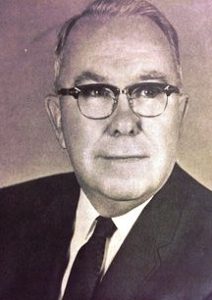 Bud Fitzpatrick again was behind creation of the Giants. The team was officially owned by the Springfield Fans Association Inc., but Fitzpatrick was the group’s president.

Like the Sallies, the Giants struggled with attendance. They also made some enemies when, in conjunction with the rest of the M-OV League, they briefly exercised their legal ability to bar local radio stations from broadcasting St. Louis Cardinals games.

The 1950 season was the only one for the Giants. Attendance again was the bugaboo. Illinois State Journal sports editor Bob Drysdale summed up in an end-of-the-year sports wrapup:

Professional baseball presented an innovation, the class D Mississippi-Ohio Valley league which played its games at Fitzpatrick stadium. The experiment was not a success, fans who had stayed away from class B ball as presented by the Three I loop staying away from this venture in even larger numbers.

In addition to baseball and softball, Fitzpatrick Memorial Stadium hosted auto races, boxing matches and political gatherings from time to time. It was demolished about 1953.

This entry was posted in Amusements, Parks, Prominent figures, Sports and recreation, Women. Bookmark the permalink.