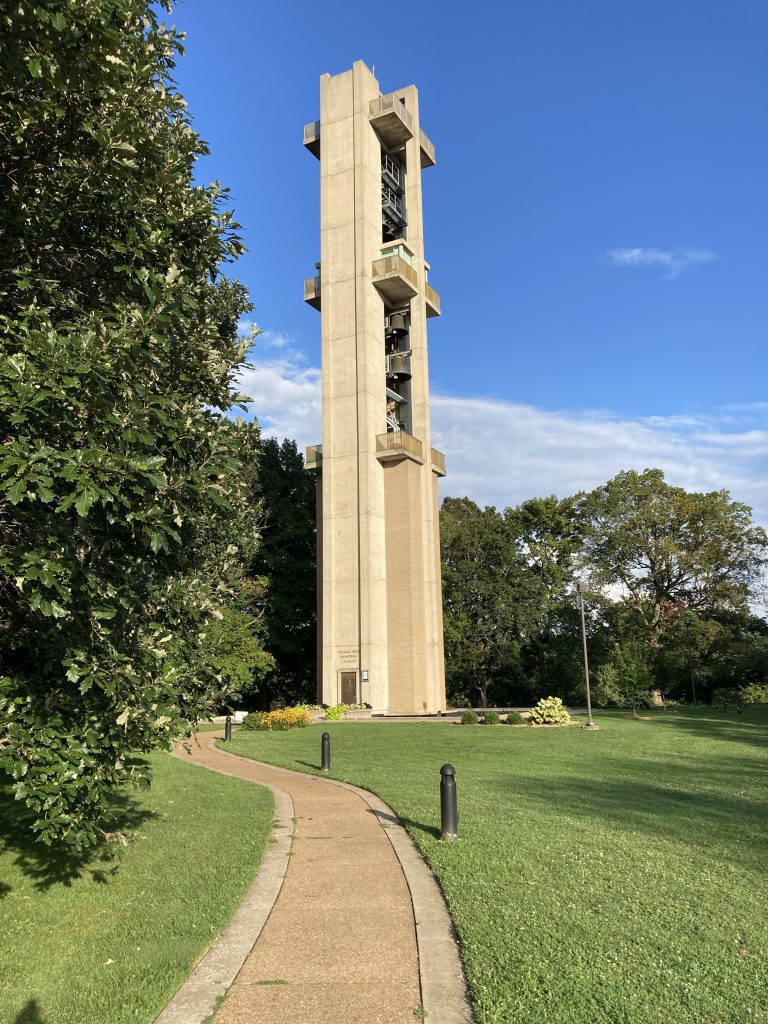 Before the Springfield Park Board could build a carillon in Washington Park, it had to answer two questions: how many bells would it hold, and what kind would they be?

When newspaper publisher Thomas Rees died in 1933, he left $200,000 to the park board to build and maintain a carillon. Rees’ will specified that the carillon contain at least 49 bells and that it be built “preferably in the park known as Washington Park.”

The project stalled for more than two decades, partly because of World War Il. An added complication was that some people saw the Rees bequest as seed money for their own pet projects, such as, in one case, a year-round ice rink. The most serious diversion proposal was made in 1956 by five women’s groups who argued the Rees funds could be spent on a downtown civic center if the center included a carillon.

The money, meanwhile, was earning interest in a trust at First National Bank. The amount reached more than $300,000 by the 1950s.

The trust, however, was scheduled to expire in 1960. If neither the park board nor the city took steps to build a carillon by then, according to Rees’ will, the bank was to spend the money on some other project “for the benefit of the people of Sangamon County.”

The park board finally unlocked the trust funds with a vote in July 1959 to build an 83-bell carillon. By number of bells, although not weight, that would have been the world’s largest carillon.

The tower outlined in that plan was essentially the carillon tower – designed by M.D. Turley and built by Jones-Blythe Construction Co. – that stands today in Washington Park. The proposed bell arrangement, however, was a different story. According to the Illinois State Journal:

The preliminary plans as approved provide for the installation of a cast bell carillon of 83 bells weighing a total of 104,300 pounds. The bourdon bell, or largest of the bells, will weigh approximately twelve tons.

The instrument when installed can be played manually, by clavier or from an organ type keyboard, or automatically by an electronic time device and will be the largest carillon of its type in the world. 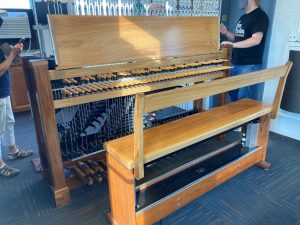 The carillon keyboard includes both levers and foot pedals, analgous to a piano. (SCHS)

Objectors quickly mounted what the Journal called “a quiet campaign” against the 83-bell plan. Local leaders were Dr. Richard Paul Graebel (1908-76), pastor of First Presbyterian Church and a musician himself, and lawyer Homer McLaren (1887-1980), who claimed credit for pushing the carillon project earlier in the 1950s. They got support from George Schulmerich, who was angling for the Rees carillon to be furnished with electronic, not cast, bells manufactured by his Pennsylvania firm, Schulmerich Carillons.

“Claiming many of the bells would be musically useless,” Journal reporter Don Lenhausen wrote in February 1960, “they propose a carillon of fewer bells.”

Money saved by buying fewer bells and building a smaller tower could be used to buy an electronic carillon which area musicians could play and provide a larger fund for maintenance, they maintain. …

“If this is done just so that it will be the largest, someone else can come along and build one with 85 bells,” he said. “What is important is the tone. My desire is quality, performance.”

McLaren … said 83 bells would have no cultural benefit for the community.

“There is no one who could operate a manual that large,” he added.

Schulmerich put on a full-court press to convince the park board to purchase his bell system. According to the company’s web site:

Schulmerich invented the “electro-mechanical” carillon when he discovered that tiny rods of cast broze struck with miniature hammers produced audible and pure bell tones that could be amplified electronically to produce a rich, sonorous tone. He called his invention carillonic bells.

Schulmerich bought newspaper ads, produced radio programs featuring his bells, spoke at a public meeting held at Graebel’s First Presbyterian Church and made a last-minute pitch to the park board. 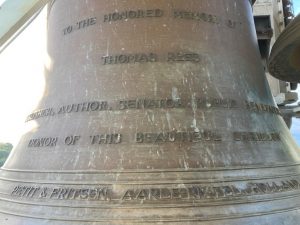 The bourdon (largest bell), with dedication to Thomas Rees (SCHS)

Board members stuck to their original decision to equip the carillon with traditional bronze bells, but the objectors won their point on the number of bells – the board dropped the “world’s largest” plan and decided to install 66 bells (a 67th, an 8,000-pound b-flat, was added in 2000). The bells, forged by the 300-year-old Petit & Fritsen foundry in Aarle-Rixtel, the Netherlands, arrived in Springfield in the fall of 1961. According to the carillon website:

The Rees carillon boasts 67 cast bronze bells covering a range of 5½ chromatic octaves. The total weight of the bells is 82,753 pounds; the largest (bourdon) bell, a G-flat, weighs 7½ tons, while the smallest weighs 22 pounds. … All of the bells are played manually by means of the keyboard located in the carillonneur’s cabin.

The completed carillon was dedicated on June 23, 1962 (with Graebel, apparently reconciled to the scaled-down bell system, delivering the invocation). Among selections played by Raymond Keldermans, the park district’s first carillonneur, were the state song “Illinois,” the “Star Spangled Banner,” favorites like “Home on the Range” and “Battle Hymn of the Republic,” and Keldermans’ own composition, “Thomas Rees Memorial Overture.”

The Springfield Park District lists the Rees Carillon as the fourth largest, by number of bells, in the U.S.

The carillon remained a very audible part of Springfield culture in the 2020s. Regular special events include the International Carillon Festival held annually the first week of June. The park district also offers tours of the carillon.

Thomas Rees (1850-1933), who began his newspaper career in his boyhood state of Iowa, was one of three partners who bought the Illinois State Register in Springfield in July 1881. Rees handled business affairs, Henry W. Clendenin (1837-1927) managed the news department, and George Smith (1827-86) supervised printing and mechanical operations. 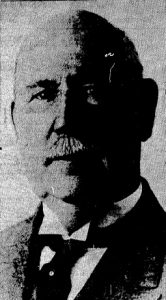 The Register was in financial trouble when the Rees group took over, and the first few months remained rough. According to Always My Friend by Andy Van Meter, a 1981 history of Springfield’s newspapers, the partners’ weekly business meetings those first months all ended with the same admonition from Smith: “Let us lock the door, throw the key in the well and get out of town while we still have money enough to pay our fare.”

Tough management and a rigid Democratic Party-aligned editorial page, however, turned the paper around. Smith died five years after the partners moved to Springfield, but Rees and Clendenin worked closely together until Clendenin’s death – so closely, in fact, that they and their families share a large burial plot at Oak Ridge Cemetery.

In addition to publishing the Register, Rees served a term from 1902 to 1906 as a state senator.

Rees apparently got his first chance to hear carillon music during World War I, when, as a member of the International Board of Arbitration for newspapers, he traveled throughout Europe. According to the Rees Carillon website, “Rees attributed his great interest in bells to visiting carillons in Belgium and the Netherlands—although his initial interest was the result of articles he had read in National Geographic, the Musical Quarterly and Art and Archeology by William Gorham Rice.”

Rees described his travels in Europe and the Middle East in a series of Register articles in 1922, including one report that focused on the history and construction of the cathedral carillon in Antwerp, Belgium.

“A well-made carillon is a more delicate and perfect musical instrument than might be imagined,” he wrote.

The bourdon, the largest bell in the Rees Memorial Carillon, is dedicated to Rees, “publisher, author, senator, public benefactor.”