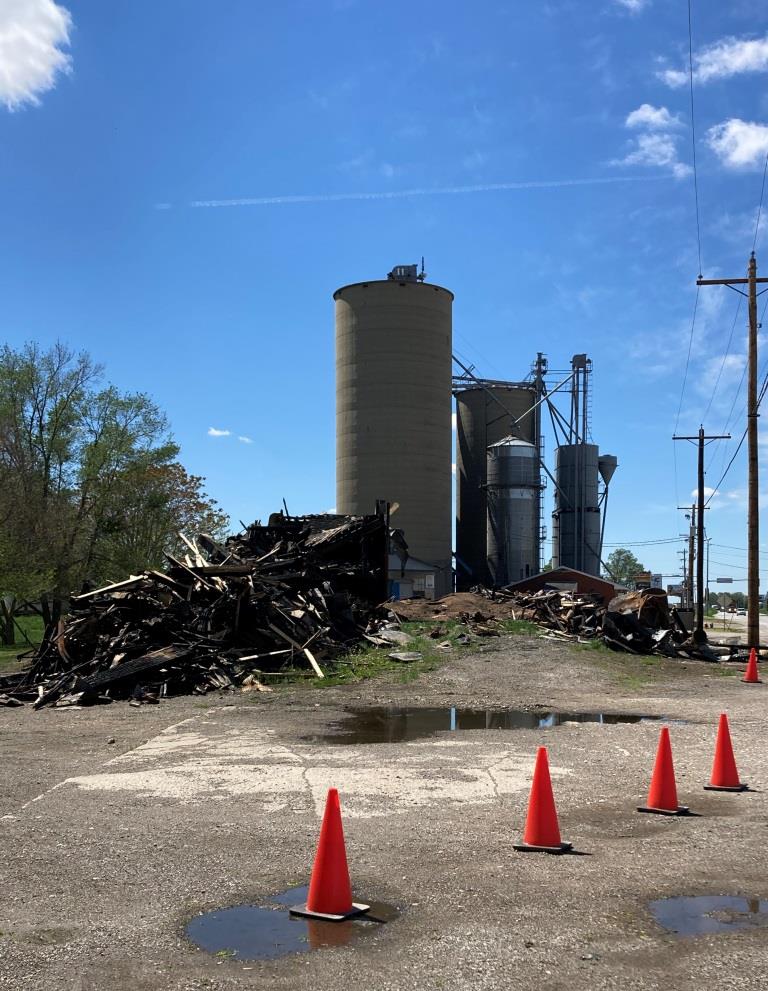 Rubble from 2021 fire at the Bradfordton Elevator (SCHS photo)

Bradfordton owes its existence to a short-lived railroad and its name to a veteran of the War of 1812.

Never an incorporated community, Bradfordton – on Illinois 97 (Jefferson Street extended) west of Springfield – originally was known as “Bradfordton Station.” The station was a stop on the Springfield and Illinois South Eastern Railway, created in 1870 by the merger of two earlier railroads. The Ohio & Mississippi Rail Road took over the line in 1875; it, in turn, was acquired by the Baltimore & Ohio in 1893. The B&O operated trains on the line until the 1970s. 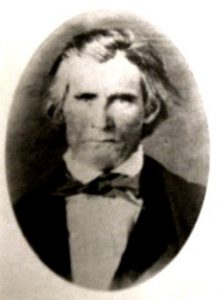 Bradfordton is named after James Bradford (1795-1852), a peripatetic Virginia native who grew up in Kentucky. He served about six months in the Kentucky militia during the War of 1812.

Bradford became a trader on the Ohio and Mississippi rivers and met his wife Anna Barnes (1802-35) in Mississippi. Three years after their marriage, they moved to Kentucky; the Bradfords and their four children finally immigrated to Sangamon County, farming near what is now Bradfordton, in the fall of 1834.

Anna Bradford died of “scrofulous consumption” (tuberculosis), according to her obituary (“She died with perfect resignation in the hopes of a glorious immortality,” it says).

James Bradford then married Arsenath Talbott (1814-1898). They had six more children. Bradford served a single term in the Illinois House in 1841-42; one of his compatriots there was Abraham Lincoln. 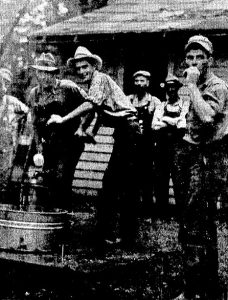 Bradfordton’s main landmark for more than a century has been the Bradfordton Elevator, a grain elevator operated by the Bradfordton Cooperative Association. The elevator also specializes in feed for pets, livestock and exotic animals.

The lightning apparently started a smoldering fire, however, and motorists driving past at 7 a.m. saw flames. Volunteer and a pumper truck from Springfield were unable to quench the blaze, and the elevator was destroyed.

Over the decades, the co-op built modern structures to hold grain. The 1938 building was used instead to store animal feed. That building – a  wooden frame sheathed in galvanized iron – burned down in a spectacular fire on April 2, 2021. A cause was not immediately determined.