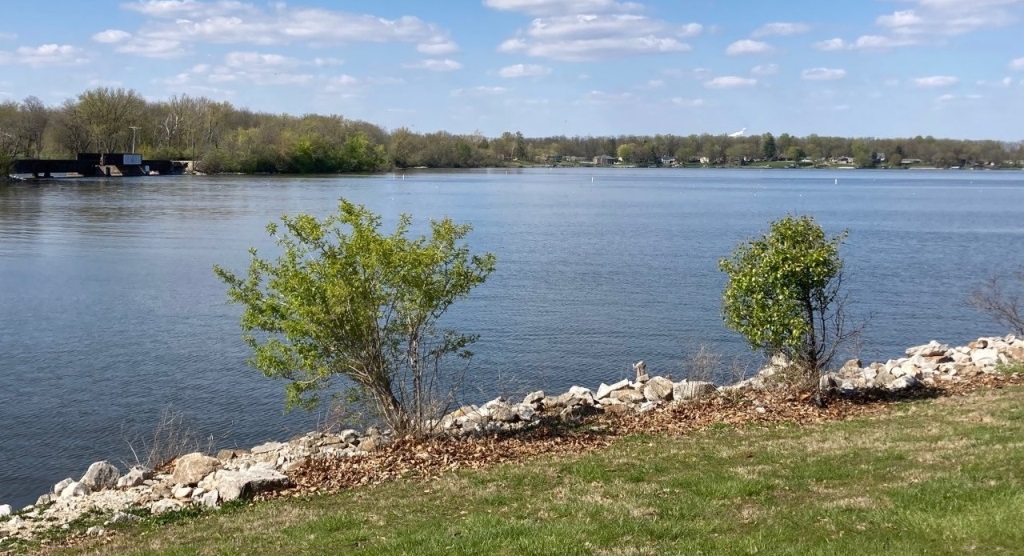 Cotton Hill was the only community wiped from the map by the construction of Lake Springfield in the 1930s. But there wasn’t much there to begin with.

The Illinois State Journal explained the origin of Cotton Hill in an editorial in November 1933:

Cotton Hill had its name from a pioneer effort to raise cotton in this county. Kentuckians who came to Sangamon county in 1835 brought seed with them and succeeded in demonstrating that cotton would grow here. A patch on the hillside in the fork of Brush and Horse creeks gave the name to the site.

(In fact, early Sangamon County residents were able to grow cotton, although other histories say that took place earlier, before the so-called “Deep Snow” of 1830-31.)

Besides the IC line, Cotton Hill was on the South Sixth Street Road, also known as State Route 126. The road for a time also was designated part of U.S. 66.

From the mid-1800s into the 1900s, Cotton Hill boasted a store that doubled as a post office, and a blacksmith set up shop there for a period. Otherwise, however, Cotton Hill remained tiny. Students from the area attended school elsewhere, and Cotton Hill seems never to have incorporated as a town.

Cotton Hill also was on the north side of Sugar Creek, one of the main watercourses that feed today’s Lake Springfield. The community was only about 540 feet above sea level, so when planners determined the new lake should crest at 560 feet, Cotton Hill was doomed.

The village’s last gasp was as the site of a camp that housed 170 Civilian Conservation Corps workers in 1933. The CCC workers, part of a federal program to combat unemployment caused by the Great Depression, quarried stone and rip-rapped part of the lake’s banks. Limestone used for the rip-rapping was dug from a quarry near Cotton Hill that provided the original stone for today’s Old Capitol State Historic Site.

In its November 1933 editorial, the Journal urged officials to name the new bridge that crossed the lake west of the old village (today’s Interstate 55 bridge) in honor of Cotton Hill:

The name was used to designate the post office established at Julius Seligman’s store at Crow’s Mill and later was given the post office conducted in the store of Charles Salish, afterwards the site of the general story of Virgil Downing – in the nomenclature of the neighborhood, Downing’s Corners. …

It is a homely name but the story of pioneering which attends its origin is fascinating and inspiring. The name, too, is unique, distinctive and provocative of interest. Its significance warrants its continued use, and the handsome new bridge will lose nothing of its dignity under this historically appropriate title.

Springfield Utilities Com. Willis Spaulding, the creator of Lake Springfield, made a different decision. Instead of the bridge, the city named a 20-acre park on the south side of the lake, approximately in line with the site of the drowned village, after Cotton Hill.

This entry was posted in Communities, Local government, Parks. Bookmark the permalink.