A portion of the former furniture/shoe factory complex, 2013 (SCHS photo)

Prospects seemed good, the new board was told, “as almost every factory of any size in this part of the country was behind in its orders owing to the recent strikes….” 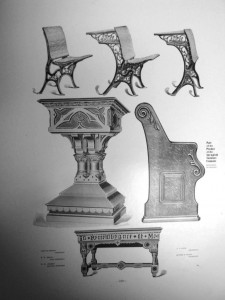 Springfield Furniture specialized in office, school and church furniture, but the optimism about its future turned out to be misplaced. The company ran into financial problems by at least 1899, and  its factory on North 10th Street had been abandoned by April 1901.

This entry was posted in Business, Industry and tagged Goodwill. Bookmark the permalink.