The dedication of Lake Springfield on July 12, 1935 featured an elaborate pageant involving more than 100 participants – among them city fathers who portrayed themselves in a drama depicting the planning and construction of the lake. The Illinois State Journal outlined the program:

As they (public officials and engineers) described the steps taken to make a lake from a small creek, representatives of the building crafts whose skill did the actual building passed across the stage attired in their working garments.

Concluding the episode, dancers came on the stage, representing in graceful movements the cascade of waves over the completed spillway. The chorus at the same time sang Mendelssohn’s “Thanks Be To God, He Laveth the Thirsty Land.”

The pageantry went on and on, with people portraying Springfield first settler John Kelley, members of the Kickapoo nation and “water nymphs.” Samples from 38 bodies of water around the world were commingled with water from the new lake. The mayors of six nearby towns that would get water from the lake were next to appear, “accompanied by the spirits of those places, represented by an attractive young woman and four attendants,” according to the Journal.

Gov. Henry Horner gave the formal dedication address. He, in turn, was followed by an African-American chorus. The day’s ceremonies ended with the performance of an operetta, “Pinafore.” 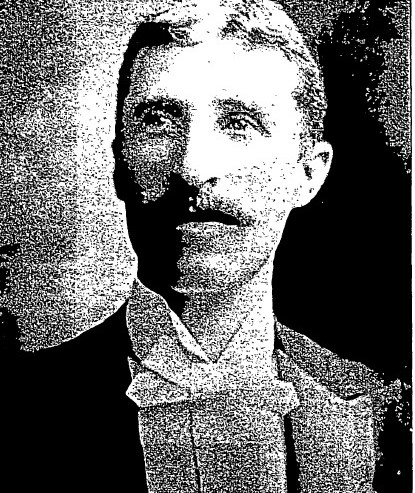 And that was only the first day of a three-day dedication extravaganza – all of it designed and directed by Springfield’s own theatrical impresario, William Dodd Chenery (1862-1942).

In its unselfconscious grandiosity, the Lake Springfield dedication was also an entirely typical version of a Chenery event. Though forgotten in the 21st century, Chenery was known nationwide from the 1890s into the 1930s for his massive musical productions, often performed – as in the case of Lake Springfield – as part of dedication ceremonies for community institutions.

In a 2003 retrospective, State Journal-Register reporter Doug Pokorski called Chenery “a highbrow P.T. Barnum – a grand impresario and showman extraordinaire whose talents brought culture and classical music to the masses across the country. …

“In his day, Chenery’s works packed opera houses and Chautauqua grounds from Boston to St. Louis, and his talents were in great demand for decades.”

Chenery’s parents and grandparents owned the Chenery House, one of Springfield’s better hotels, near Fourth and Washington streets. William Dodd Chenery’s first musical experience was as a choirboy at Second Presbyterian Church (Westminster Presbyterian today), where he was the precocious organizer of a 25-piece Sunday School orchestra. He went on to become the church’s choirmaster.

In the 1890s,  Chenery wrote what probably was his most popular opera, “Egypta,” a retelling of the story of Moses. Like most of his works, “Egypta” was always presented on a monumental scale – three acts, 10 scenes (sometimes with extra mini-scenes tailored to individual  venues) and hundreds, even thousands, of performers.

“Egypta” was performed somewhere in the U.S. for 17 straight years. That included a seven-night stand in 1925 on the grounds of Sacred Heart Academy on West Washington Street that reportedly included a cast of 2,000.

Chenery didn’t write the music for his operas. “Instead of writing themes,” the Journal said in his obituary, “he selected melodies and choruses from the classical writers of operas, oratorios, masses and other standard compositions that fitted the dramatic situations he had created.”

But Chenery was a master of spectacle, and he was painstaking at that. He wrote the dialogue and arranged the music for his programs, designed the costumes and sets – often different ones to accommodate either an indoor or an outdoor performance – and  oversaw every step of every presentation.

In 1924, Chenery was hired to stage an original production to celebrate the 50th anniversary of the original Chautauqua in New York State. On opening day, he fell off the stage, breaking an ankle and his left hand. Once the bones were set, Chenery, disobeying his doctor, conducted the final rehearsal from a wheelchair.

Unless a client required something unique, Chenery’s themes tended to the biblical. Besides “Egypta,” his major productions included “Xerxes,” “Elijah” and “Joseph.” His shows were commissioned as part of major civic events in Boston, St. Louis and Memphis, among other locations.

Chenery put up three more “mammoth spectacles,” as the Journal called them,  for the centennial of Springfield’s designation as state capital in October 1937. The shows – the first ever presented at the then-new Illinois State Armory – were called “Creating the Capital,” “Life of Lincoln” and “Spirit of Springfield.” The casts, all local residents, totaled 450 people.

Chenery, who died quietly at his home at Fourth Street and Lawrence Avenue in 1942, is buried at Oak Ridge Cemetery.