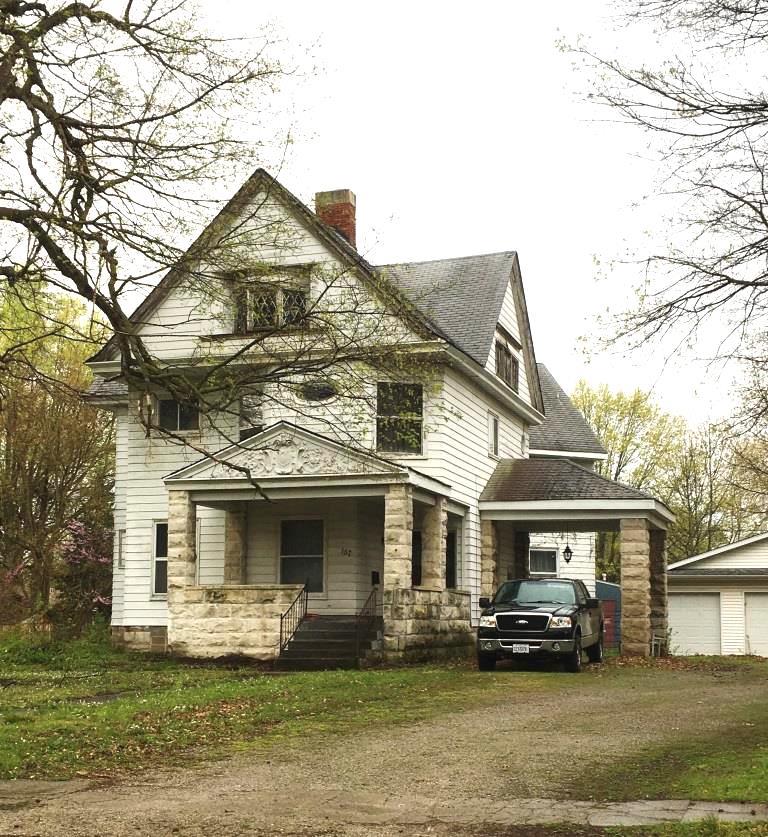 Contaminated cream puffs apparently were the source of the poison that killed three toddlers and sickened a half-dozen more in a Springfield foundling home in 1927.

The suspect cream puffs were on the breakfast menu at the Springfield Redemption Home, 157 N. Douglas Ave., on Sunday, June 19, 1927. The children all were about 18 months to two years old.

The redemption home, founded by Henrietta Hunt in 1903 to care for unwed mothers, also housed very young children who had been separated from their families for one reason or another. Most of the children had been sent to the home at the order of local judges, and Sangamon County paid for their care. In other cases, however, overwhelmed and/or impoverished parents delivered their children to the home.

Investigation by local authorities never definitively determined the cream puffs were the source of the bacteria that killed the toddlers – their meal also included “cooked breakfast food” (probably porridge of some kind) and milk. But the pastries were a natural suspect. Improperly sanitized milk products often caused “ptomaine,” as food poisoning was usually called at the time. Most people recovered from such infections, but children were particularly vulnerable.

The first child to show symptoms was 18-month-old Betty Bergman, the Illinois State Journal reported the next day.

“(L)ittle Betty Bergman, one of those dead, was sitting up in her bed playing when she was taken suddenly with a spasm,” the paper reported.

When other children also started convulsing, Hunt called the home’s doctor. Soon, poisoning victims, adults as well as children, were being sent to St. John’s Hospital.

In all, 17 people, nine of the home’s 20 child residents and eight adults, suffered poisoning symptoms. (Of the adults, four were women “inmates” – unwed mothers – and the other four redemption home employees.) A total of 27 people ate the breakfast, but the Journal said those who were sickened had all eaten cream puffs.

Identification of the other two fatalities has been blurred by time and the informal nature of social services a century ago. According to newspaper reports, the other two children were Frank Blurton, age 2 (the Journal sometimes spelled his name as the more common “Burton”; Findagrave.com uses “Blurton”), and an 18-month girl named Rose Ann, whose last name is even more confusing. The first newspaper stories gave her the last name of Norbert, but later articles said it was Herbick or Herneck. Officials tried to locate her mother, Ann, believed to have been in Chicago, but if they did so, it went unreported in the Journal.

The two girls were wards of the county court, the Journal said, while the Blurton boy had been brought to the home by his parents. Henrietta Hunt told investigators the three were “the weakest physically among the children at the home.”

None of the youngest children at the home, who were still using baby bottles, fell sick, Hunt said. The milk used in the bottles was the same as that served the older children for breakfast, which she said proved that milk itself wasn’t the source of the poison. The baked goods came from the home’s regular, reliable supplier (who wasn’t identified), she said.

Pathologist Dr. Walter Bain confirmed that the deaths were due to bacterial poisoning, which caused the children’s temperatures to reach 103 or 104 degrees before they died. Despite the obvious connection to the cream puffs, chemical analysis of the food never actually determined the source of the bacteria, according to a coroner’s inquest.

Perhaps as a result, the inquest jury came up with what seems like contradictory findings. Here is how the Journal reported the inquest results:

“The cause of death,” the report stated, “was due to toxemia caused by acute enteritis of bacterial origin. The bacteria were taken with food and had a virulence fatal to persons of low resistance.”

Testimony showed that the children had been in the institution but a few months and were sent there by the county court. Adults and children of normal resistance were able to overcome the sickness withing a few days and some showed no ill effects after a few hours. The report of the experts showed that the poisons were not present in the food itself, as was evidenced by the fact that the children were not taken ill until three hours after eating.

If the bacteria was “taken with food,” but wasn’t in the food itself, as the jury said, where did the bacteria come from? That question went unanswered, and no one, either at the home or among its suppliers, was ever penalized in connection with the deaths.

Henrietta Hunt (1873-1955) continued to operate the Springfield Redemption Home until 1942, when she retired and it closed. She is buried in Mechanicsburg Cemetery.

Betty Bergman and Frank Blurton are buried near each other on the west edge of Oak Ridge Cemetery. Their graves are unmarked. The Journal said services were held for Rose Ann Norbert/Herbick/Herneck at St. Vincent de Paul Church and that she was buried in Calvary Cemetery. However, Findagrave.com has no information about her grave, which suggests it is also unmarked.

More information: The history of the Family Service Center includes a short description of the Springfield Redemption Home.

This entry was posted in Children, Public health, Social services. Bookmark the permalink.