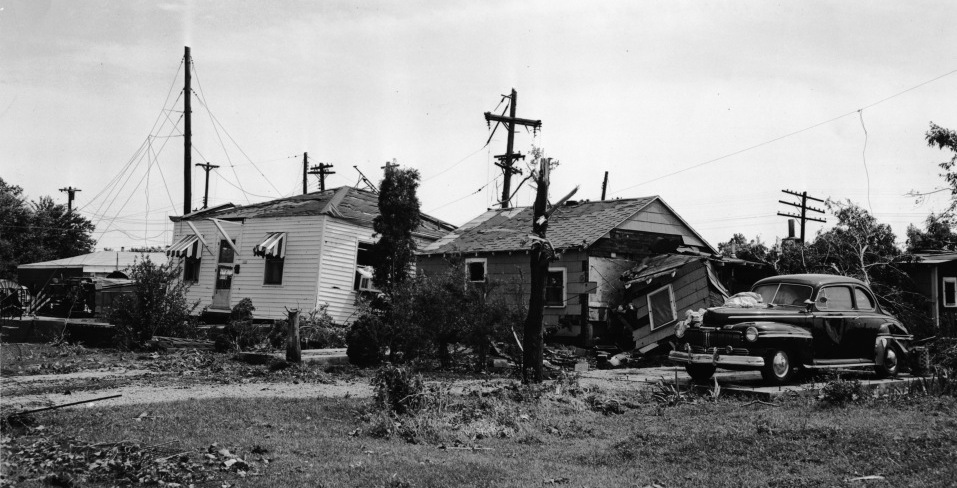 The storm that forever repudiated the theory that Springfield was immune to tornadoes occurred at 3:15 p.m. on Tuesday, June 14, 1957.

The storm — later designated as F4 in severity — swept through the south side of Springfield, killing two people — Mrs. Paul Farley, 60, and Anna Belle Larson, 37 — and injuring more than 50 others. Property damage was estimated at $3 million; 25 homes were destroyed and 175 others badly damaged.

“This tornado … ended the myth that Springfield was tornado-proof because it was in a bowl,” reported the Illinois State Register the next day.

This entry was posted in Disasters and tagged Tornadoes. Bookmark the permalink.

1 Response to Springfield tornado of 1957